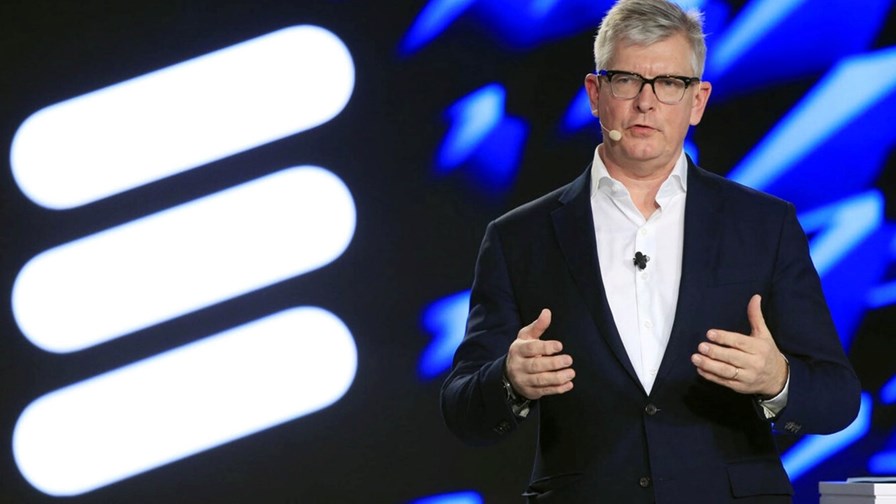 “The problem we have is that Europe is rapidly falling behind in digital infrastructure,” he stated during the vendor’s second quarter earnings presentation. “It's behind in 4G penetration, probably by… an average two to three years – that has led to a lot of loss of economic value in Europe as a continent.

“So if you look at tech unicorns, tech disruptors that actually leverage the mobile infrastructure, with the notable exception of Spotify, they come out of the US, or they come out of China. If we are going to repeat that mistake, I think the European economy has a problem,” stated the Swede (pictured above).

As you might expect, Ekholm would like to see Europe advancing its digital infrastructure by accelerating investments in 5G, which of course would be good for Ericsson.

“Europe as a continent needs to not be behind on 5G. And why is that so important? 5G is going to drive a lot of enterprise applications, in healthcare, in logistics, in smart city planning etc. So when you start to look at that, the big value of 5G is not the network infrastructure, it's not the operators, it's actually the applications that run on top of the network. So if we are delaying 5G in Europe, then we are also hurting our economic future. And I think that's the realisation that has to start to come to the surface in Europe,” said the CEO, who also noted that 5G spectrum pricing in Europe (which is high in many markets) isn’t helping to spur 5G investments.

Now, he clearly has skin in this game, because he’d love to see increased investments in 5G in Europe as soon as possible, while Huawei’s pariah status grows by the week and while Nokia is still playing catchup: But, leaving that vested interest aside, does Ekholm have a point?

Matthew Howett, Principal Analyst & Founder at Assembly Research, doesn’t feel Europe is lagging as much as Ekholm suggests and notes that market conditions are somewhat different.

“Ultimately the level of competition is very different in Europe compared to the US and China -- less competition there means higher prices, which in turn means more money for investment,” he notes. “Given the healthy amount of competition we have in Europe, I think we aren't faring too badly – a good number of countries have already launched 5G and penetration of full fibre is high in places such as Spain and Portugal… I'd say there are certainly things that Europe needs to do more to attract and foster startups that make use of the infrastructure, but if the question is why doesn't Europe have a Facebook or a TikTok, then I'm not sure you can put it down solely to the network infrastructure.”

Ekholm’s delivered his assessment of Europe’s woes as he reported better than anticipated second quarter financials for Ericsson. It generated revenues of SEK 55.6 billion ($6.14 billion), roughly the same as a year ago when adjusted for comparable units and currency fluctuations. And despite a SEK 900 million ($99.4 million) inventory writedown related to business in China, the vendor’s gross and operating margins improved: Investors liked the numbers, as Ericsson’s share price leaped by more than 10% to SEK 96.52.

Other key takeaways from Ericsson’s Q2 results, which can be read in more detail in the company’s press release: