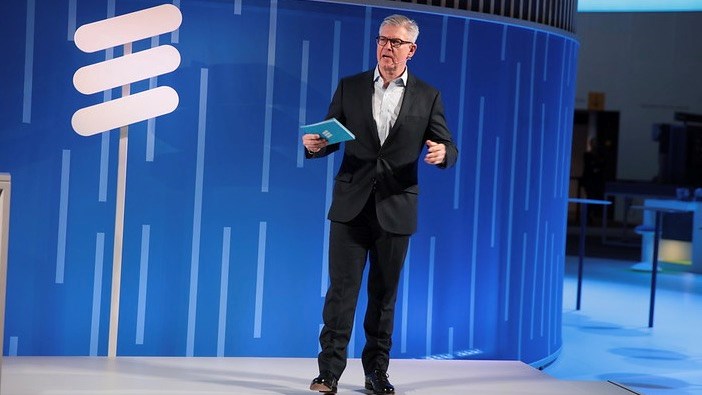 Ericsson provided a resolute assessment of its business as it reported its first quarter financials on Wednesday morning, providing the market, as well as its customers and investors, some welcome cheer by holding firm on its financial targets for the year.

The Swedish giant reported first quarter revenues of SEK49.8 billion ($4.95 billion), 2% better than a year earlier but, when adjusted for currency exchange movements and changes in the portfolio, the number was down by 2% year-on-year. Adjusted operating margin was 9.3%, while net income for the quarter was SEK2.3 billion ($228 million), down by 5% year-on-year.

Nothing too impressive there, but the company’s insistence that it still believes it can meet its full year sales and earnings targets, despite the impact on the global economy of the Covid-19 pandemic, helped boost the vendor’s share price by more than 4% to SEK84.70.

As a reminder, the full year sales target is SEK230-240 billion ($22.8-23.8 billion), while the adjusted operating margin target is >10%. (The adjusted numbers exclude any restructuring charges.)

Key to Ericsson’s relative stability has been the ability of its Networks division – by far its largest unit, accounting for about 70% of sales – to continue largely as normal. “Our supply

and service delivery has worked with limited interruption,” noted CEO Börje Ekholm, adding that the vast majority of Ericsson staff have been working from home in recent months. “Our business continuity plans have safeguarded operations during Q1 and we will continue to work to further improve our resilience by, for example, increasing inventories of critical components. At the same time, the longer the lockdown in many countries continue, the more disruptions we will likely see for example of our supply chains.”

Ekholm noted that the dodgy geopolitical situation during the past few years (caused mainly by tensions between the US and China, including the shenanigans related to Huawei and ZTE) had led Ericsson to build “buffer stocks” of components that make it confident of being able to meet customers’ needs through to the end of this year.

The second quarter (April-June) will be more challenging, noted the CEO. In addition to any Covid-19 challenges, which impact the vendor’s Digital Services division much more than it does the Networks business, margins will be impacted by the upfront costs of starting to deliver 5G gear to China Mobile, which recently named Ericsson as one of its second phase RAN suppliers and which will soon start deployments. Local reports suggest Ericsson landed about 11% of the operator’s CNY37.1 billion ($5.24 billion) contract awards.

Ekholm says the country’s other two major operators – China Telecom and China Unicom – are set to announce their 5G RAN procurement decisions soon. The investments in China will go a long way to helping the global RAN equipment market grow by about 4% this year, in line with a forecast set out by the trusted analyst team at Dell’Oro.

On 5G in general, the CEO said Ericsson’s technology is now up and running in 31 live networks, while the company has 86 commercial agreements in total. Ericsson expects further activity in the US later this year now that the T-Mobile/Sprint merger is completed.

Ericsson is also holding firm on its ongoing R&D investment commitments, which are focused on 5G and AI (artificial intelligence) tools. In the first quarter, Ericsson’s R&D investment was SEK9.2 billion ($914 million), up slightly from a year earlier. The company says a key focus of its 5G R&D investments during the coming few years will be the antenna portfolio it now has following the acquisition of specialist vendor Kathrein, with massive MIMO and passive antenna capabilities key to that strategy.

But the company’s outlook could, of course, change in the coming months. “Covid-19 and actions taken by governments to slow down the spread are making our service delivery and supply harder due to lockdowns and travel restrictions in many countries. In addition, while we have seen no material effects so far on our demand situation, it is prudent to believe that the slowdown in the general economy may lead some operators to delay investment programs,” noted the company in comments attributed to the CEO.

While the Networks business is the beating heart of the vendor, its Digital Services division provides the brainpower needed for next-generation mobile networks, as it is these days focused on developing and delivering cloud-native mobile core platforms and applications, as well as some BSS systems.

The division has had a torrid time in the past few years, having to completely revamp its portfolio and withdraw from dozens of unprofitable customer engagements, moves that have severely impacted financial performance.

But the division is on the mend – its margins are improving though it is still loss-making currently – and Ekholm is positive about its current trajectory. “The underlying business is strong… there have been several important wins during the quarter,” noted the CEO. “We made the decision two-to-three years ago to invest in cloud-native [developments] and we see very good traction in 5G core,” with more than 50 commercial contracts and BT named recently as a prime customer reference. “This is why we are confident about the turnaround plan…. Fluctuations will continue depending on the quarter but we are encouraged by the contract wins and we also see good traction on the BSS side,” noted the CEO during the vendor’s early morning conference call.