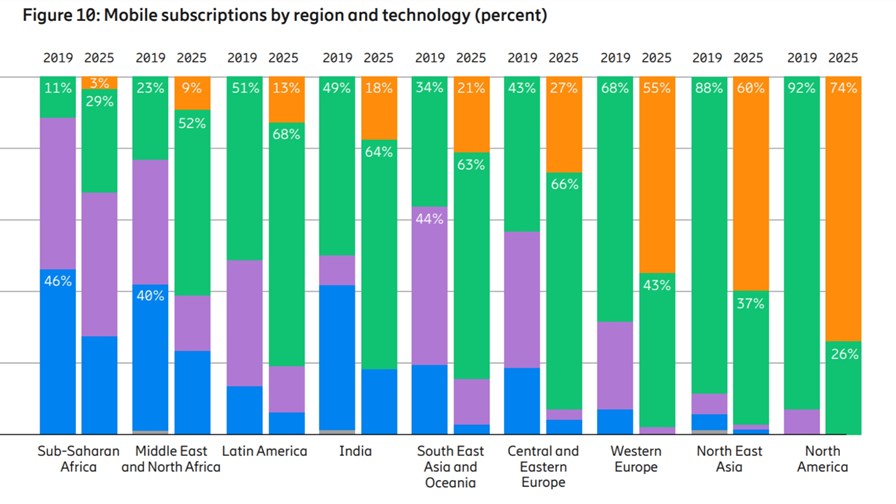 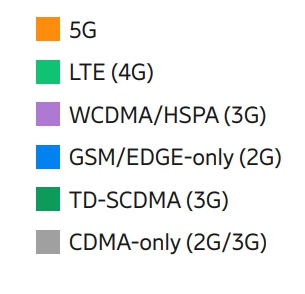 Ericsson’s Mobility Report has rolled around once again and with it another opportunity to do some 5G-boosting. This time however, the going is a little rougher. The pandemic and the resulting lockdowns have tended to slow 5G network rollout around (most of ) the world: supply chain difficulties have tended to constrain the arrival of new 5G handsets and if that weren’t enough, the gods saw fit to unleash a brain-dead faction of anti-5G activists, armed with matches and the conviction that 5G technology had, in some mysterious way, ‘brought on’ the Covid-19 virus.

It’s no good attempting to engage in reasoned discussion about this absurdity -  often the harder you try the more it’s taken as proof that a deep conspiracy has taken hold.

The upshot is that 5G roll-out and subscription take-up is likely to undershoot in the US and Europe, while China and several other regions are poised to do better 5G-wise than expected, Ericsson maps out the detail in its projections, which as usual are thorough.   Download the report here

Ericsson also points out that the telecoms industry acquitted itself well through the pandemic and proved just how key the infrastructure and its services were. It also points out that lockdowns tend to emphasise the utility of the fixed residential network rather than its mobile equivalents -  after all, if you’re locked down, mobile services might be viewed as somewhat less useful and reliable than fixed equivalents

So it admits that the increased data consumption was mainly driven by a rising usage of bidirectional remote work-related apps, such as audio, web and video conferencing, entertainment apps (streaming video and audio), social media and messaging.

However, behaviour change is real

The report points out that consumers’ communication behavior has changed with the pandemic, especially amongst white-collar workers and seniors (60+). Previously, video calling had never really taken hold. But now, as many as half such users claim to have increased their usage of video calls so that now as many as 85 per cent of consumers are using video calling, making it the second most important way of contacting family and friends (after voice calls).

The study also shows that the quality of video calls with friends and family is the most important experience when consumers were asked to judge their mobile network performance during the crisis. Among seniors, 74 percent claim they now use video calls and 4 out of 10 have increased their video usage due to social distancing.

In terms of mobility specifically, the pandemic has been more of a drag on mobile service uptake than a booster. 5G  has been constrained, although it’s expected to execute a major rebound as the Chinese consumer is unleashed and hits the stores.

So how has the crisis changed consumer expectations of 5G networks? Ericsson claims that “six in 10 smartphone users have a clear positive attitude towards the role 5G could have played during the crisis, and about half of them strongly agree that 5G could have offered both better network capacity and higher speeds compared to 4G. They also believe that society overall could have benefited hugely from 5G. There was a similar level of agreement related to 5G’s role from a medical perspective.”

5G is clearly a marketing success - at least at the moment

Which is fine, except these are all bounce-back opinions on 5G and are testament to the marketing job the industry had done. This is people agreeing to a series of “could haves”, not grounded in experience but in expectation.

The fact is that the pandemic has emphasised the value of cloud services and the role of broadband in delivering them to the places where people are locked down or relocated. Even where Ericsson’s report highlights what appears to be the value ‘mobile’ services have had in the pandemic it ignores the obvious fact that for the majority of users, those video calling services (Zoom, Messenger, Teams and so on) would have been connected over Wi-Fi and fixed broadband, not so much over mobile and certainly not so much over 5G, which in most countries still barely exists as a day-to-day experience.

Has the pandemic been good for 5G? Probably, but only as another broadband connection on the margin, not as an enabler for mobility.