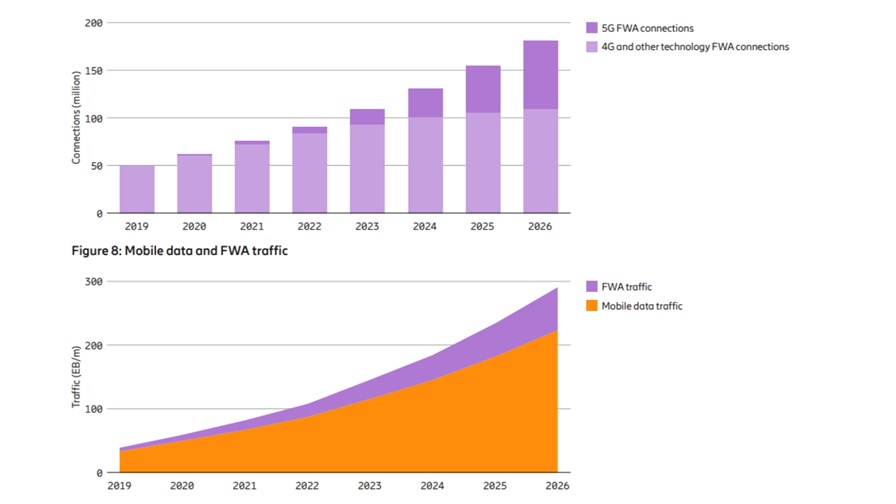 Ericsson has released its ‘Mobility Report’ as it’s done for what seems like decades. The format and thrust of the report is similar to previous years but there is a marked change in emphasis. There seems to be more words (analysis) and fewer numbers (network statistics and comparisons).

The publication traditionally champions the mobile communications industry and still chronicles its progress with subheads like ‘Mobile Subscriptions Outlook’ or ‘5G subscription uptake is expected to be significantly faster than for 4G’. But now its content reveals an industry no longer just making reassuring and steady inroads with more subscriptions, more data, more devices etc. The thing to measure is the number and value of the uses to which they’re being put...

That's the growth the industry now has to foster.To quote the headline from the ‘Letter from the Publisher’: 5G is here and happening. So the unstoppable growth story is about use cases (such as Fixed Wireless Access) and applications rather than subscriptions, data volumes and geo-political differences.  There is a lot of good material here, including meaty articles and explainers for...

Arguably, the real positive movement is around new use cases and new network applications, not handset and subscription numbers which always follow a well-worn track, with each successive ‘G’ introducing itself faster than the one before. The major case in point for 5G is Fixed Wireless Access (FWA). It’s on the rise now with 4G and 5G looks certain to help accelerate FWA connections more than threefold - reaching over 180 million by the end of 2026 and by then accounting for around 25 percent of total mobile network data traffic globally. That’s an extremely impressive projected uptake but much of that adoption is, after all, what was expected from 5G which is designed  to play a part in providing high quality corporate and industrial connectivity. As can be seen from the illustration above, mobile data traffic is projected to continue growing, but FWA data volume will grow even faster with 5G.