Ericsson jumps into the Omniverse for 5G rollout 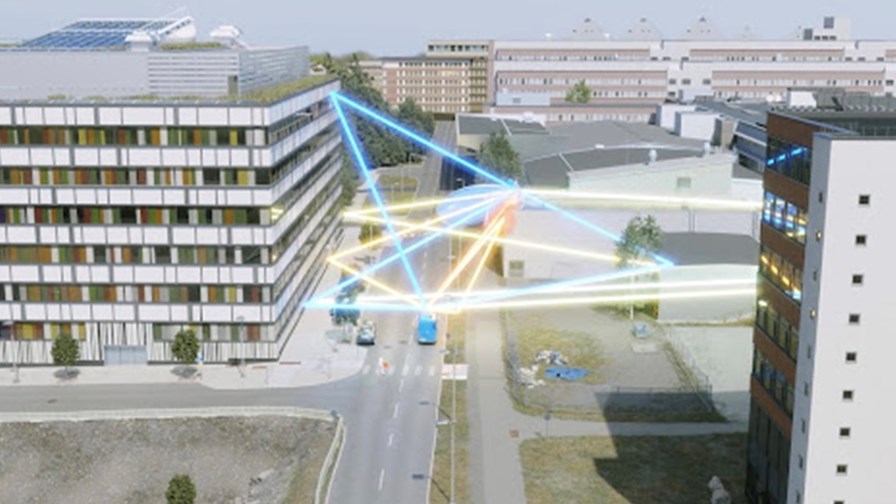 Ericsson and Nvidia are working together on accurate simulations of 5G network deployments using the latter's Omniverse platform.

Of course they are! They are part of a growing gang of telecoms and tech firms all looking to present themselves as being the most well-versed in the 'verse, which, unless you're averse to the use of such a catch-all term, seems the simplest way to describe the growing hype around the omniverse, metaverse, or any other virtual world-type scenario.

But while the likes of Microsoft, which is busily showing off its version of the metaverse through the medium of avatars, and Facebook's "new" parent Meta are presenting viable but future-gazing use cases, its refreshing to see that Ericsson and Nvidia have found a real-world application that makes sense today.

And it makes a lot of sense.

Ericsson is using Nvidia's Omniverse Enterprise, a real-time virtual world simulation platform, to build city-scale digital twins to help it design 5G networks for its telco customers. Essentially, that means building an accurate virtual model of any given city to test out antenna placement, signal strength and so forth. Nifty.

This is not just a gimmick, nor a belt-and-braces solution for the highly risk-averse: It has implications for the cost, speed and accuracy of 5G network deployment, which is a pretty big deal when you think about it.

To add some specifics, US chipmaker Nvidia, which is building on its heritage in graphics processing units (GPUs) for 3D graphics and rendering, points out that its Omniverse platform enables the creation of physically accurate models, down to the materials of the buildings in the city in question, its vegetation and foliage. It can add in the precise location, height and antenna pattern of each transmitter and as a result can analyse the performance of a network at any point in the city. Essentially, if your proposed 5G mast will send out a signal that might hit a leaf in the wrong way and potentially cause a moment's delay for the end user, the Omniverse knows about it. Just about. Which sounds pretty sinister... but also highly effective.

Using virtual reality – which is starting to seem a core part of actual reality in today's world – engineers can place themselves at any point in the model, on a 1:1 scale. "They can literally see the effects of their adjustments in real time," a Nvidia promo video proudly proclaims. They can see things that are hard to visualise in real life.

It goes without saying that that's pretty useful.

As Nvidia puts it, these true-to-reality remote simulations of entire 5G networks allow Ericsson to design more efficient and reliable networks, conduct remote field trials and speed up deployments. The (virtual) elephant in the (virtual) room is cost. You would assume that building out a 5G network with a greater degree of predictability – the right-first-time model, if you like – would bring a substantial cost saving. But then, we don't know what the entry fee to the Omniverse looks like: It doesn't sound like a cheap day out.

But faster is usually cheaper, as well as satisfying telco customers' overriding desire to shout "first!" as they add 5G coverage to new markets. And when you multiply those benefits by the sheer volume of 5G sites we expect to spring up over the coming years, it starts to look like a compelling approach.

Nvidia and Ericsson predict that north of 15 million 5G microcells and towers will be deployed globally by telcos during the next five years, across myriad different environments.

China Mobile alone is already at the 560,000 mark, according to local press reports in recent days. Admittedly, it all-but excluded Ericsson from its latest round of 5G RAN contract awards back in July... but there are plenty of other telco fish in the (virtual) sea. Indeed, Ericsson chief executive Börje Ekholm talked up the vendor's 5G contract wins with the big three US telcos – and elsewhere in the world – during its Q3 results announcement just last month.

At the time Ericsson had 95 live 5G networks globally and 149 commercial 5G agreements in place, and doubtless, no two are the same. Factor in the proliferation of new types of devices, and use cases in IoT, driverless cars, telemedicine and so forth – as Nvidia advises us to do – and that's a lot of potential variables for the network operator and vendor partner(s) to deal with.

The 'verse helps the vendor to give 'chapter and verse' on any given 5G deployment.