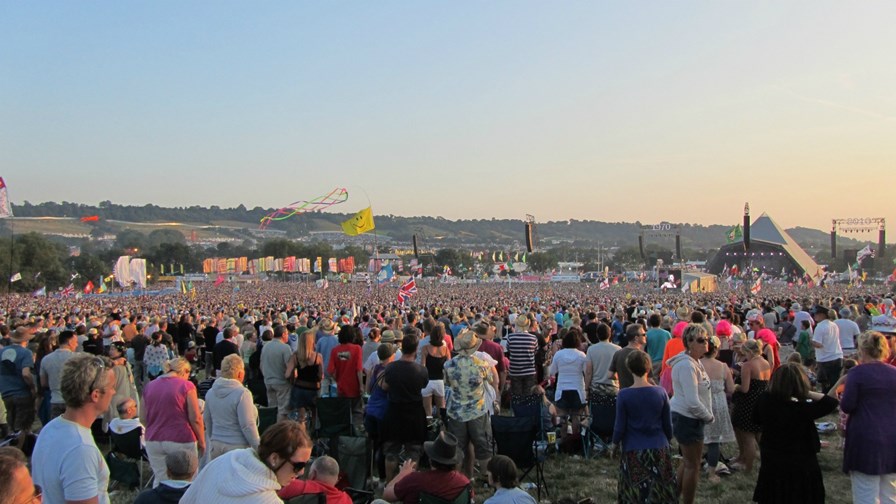 EE appears to have come a cropper over its  ‘5G trial’ claim at the Glastonbury music festival in June.  Last week BT’s mobile subsidiary announced that it was sponsoring the communications at the event and would be putting up masts to deploy a plethora of technologies - 4G, Wi-Fi and 5G - to cope with the vast quantity of data that the attendees would consume. EE predicted a “40% increase compared with 2017, to more than 70 terabytes.” Glastonbury, it boasted, would be the first 5G connected music festival.

True, the EE press release did clearly state that the set-up would be 4G and Wi-Fi, with 5G being used to connect Wi-Fi access points.

However once that story was put through several layers of editorial tightening and garnished with the usual range of clickbait headlines, it gave most readers the impression that the much-heralded super-speed, changes everything, 5G was about to be unleashed.

But the Glastonbury ticket holders were not outraged at EE’s attempt to conflate 4G, 5G and Wi-Fi.

It was worse than that. Many had taken EE at its word and were therefore expecting a blast of 5G radiation which, they believed, would naturally accompany the 5G technology trial. After all, EE claimed it was prepping a “State of the art 5G network... making Glastonbury the UK’s first 5G-connected Festival.” And many had read on the Internet that 5G used “weapons grade frequences” (whatever that means) and they didn’t like the sound of it -  health concerns and all that.

Then the tin foil hat brigade went for EE’s jugular.

To get the full flavour of at least some of the response, search on twitter ‘#5G Glastonbury’.

One example:  “Glastonbury Festival to blast concert goers with intense #microwave #radiation without their knowledge or #consent. #5G #EMF #Health #NoConsent #CrimesAgainstHumanity #GuineaPigs #Technology #Brainwashing #Glastonbury2019.” Most accurate tweet: “Well, this is going to cause a bigger stink than the chemical toilets!” Some music fans said that they may not turn up to the event, since they expected to be fried by the radio waves once there.

Now EE has hastily backtracked on its initial sponsorship announcement and is emphasising that its own version of 5G is not millimetre wave. For that reason, it says, it doesn’t have its short range limitations so EE won’t need to be building antenna sites every hundred yards across the country as alleged either.

Whether a significant proportion of the Glastonbury-bound music fans will be at all worried by the furore is doubtful - probably too stoned to notice.