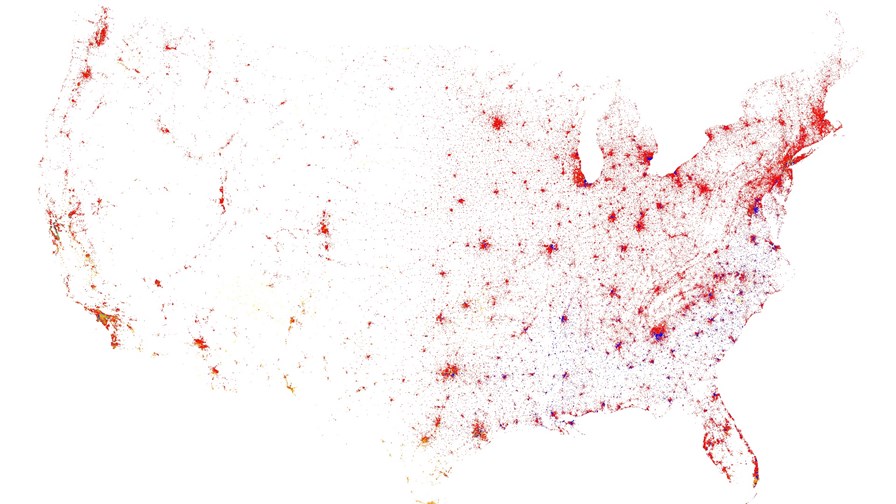 Following the announcement that Dish is set to roll out a nationwide 5G network in the US, more details have emerged about how the company intends to actually do it.

We already know that Dish aims to cover at least 70 percent of the population by June 2023, and to that end has petitioned the Federal Communications Commission (FCC) to modify its current spectrum licences, offering to use its frequencies exclusively for 5G in return for receiving more time to put them to use.

According to a letter sent on Friday by Dish to the FCC, the company aims to roll out at least 15,000 base stations over the next four years in order to reach that goal. Customers should expect to get a minimum connection speed of 35 Mbps, Dish said.

The network will run on Dish's 600-MHz spectrum initially, which makes sense because Dish holds at least one 600-MHz licence in all 416 service areas, or "Partial Economic Areas (PEA)", to give them their official title.

Once it hits that 2023 target, Dish aims to push on further, delivering 5G coverage on its 600-MHz spectrum to at least 75 percent of the population in each PEA by June 2025.

Given that the conditions on Dish's 600-MHz licences come with a June 2029 deadline to deploy it, Dish said its plan "will put important low-band spectrum to use far sooner than originally required to offer 5G broadband service in all PEAs nationwide, to the benefit of Americans living in all parts of the country."

As part of T-Mobile and Sprint getting Justice Department approval for their $26 billion merger, last week Dish agreed a $5 billion deal to buy Sprint's prepaid businesses – including Boost and Virgin, in addition to its own-brand service – and 14 MHz of Sprint's 800-MHz spectrum.

"The interconnect agreement is really a first of a kind in the United States as far as I can tell," said Dish founder Charlie Ergen, on an earnings call earlier this week. "When you go outside of our footprint, you seamlessly roam onto the T-Mobile network and in fact you won't even drop your session or your phone call. So that's unique and hasn't been done."

Ergen also talked up the benefits of being a new entrant building a mobile network from the ground up, compared to being an incumbent having to upgrade an existing network.

"All the incumbents have built networks that were primarily designed for voice and were built, designed and architected in the 80s," he said. "This is 2019; we don't want yesterday's network."

Instead, Dish intends to make as much use as possible of the latest developments in network virtualisation in order to build an advanced network at lower cost.

"I'm probably bad at analogies here, but you can imagine, these guys (incumbents) are building the internal combustion engine and we're building electric cars...except our electric cars are going to be half-priced," he said.

Given Ergen used to be a professional card player, I can't help but feel there might have been a better analogy somewhat closer to home. Something along the lines of holding all the cards, or having an ace up its sleeve.

Anyway, time will tell whether Ergen is bluffing about Dish's network credentials.