DISH CTO: Our 5G network is our lab 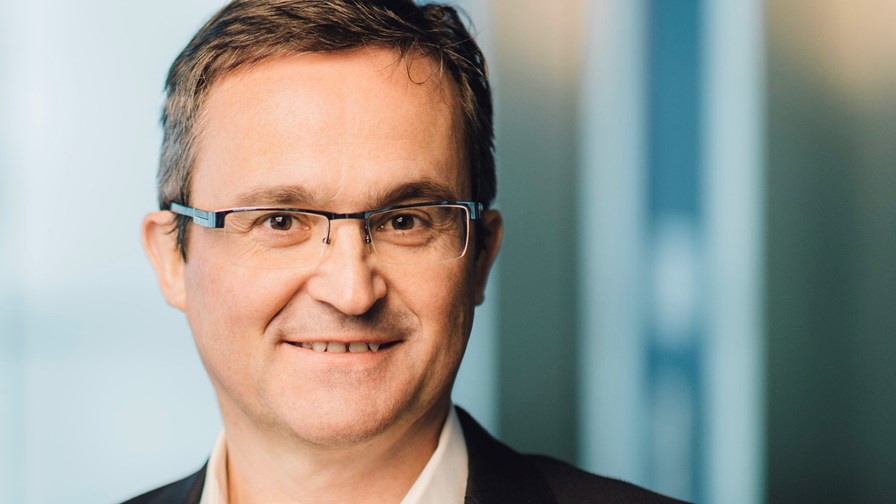 Marc Rouanne sounds like a happy CTO. As the tech team lead at DISH, the industry veteran is building a greenfield, Open RAN-based 5G network from scratch and is taking every opportunity to simplify processes and speed operations from day one, and that includes using the under-construction network as a live test environment for his tech partners.

“The network we are building is, by definition, ‘slice native’ and ‘cloud native.’ So we have decided to use that to minimise our labs and to test live in the network. That means some slices will be test slices, and all our vendors will have access to their own test licence,” stated Rouanne during a recent conversation with TelecomTV.

That’s exciting news for DISH’s growing list of suppliers, which includes Nokia, VMware, Mavenir, Hansen, MATRIXX Software, Fujitsu, Altiostar, DigitalRoute and Blue Planet (a division of Ciena), which is playing a key role in the development and management of the network and the services it will ultimately deliver.

“We’re going to have a common CI/CD pipeline, and our vendors like Blue Planet have accepted to adapt to our CI/CD so that they can push, at any time during the day, their commits, and test with other vendors on their slice. Of course, it requires a very strong separation between the slices, so that a noisy slice is not going to impact [another slice]. So in that sense, this is very different. It will take us a bit of time to set that up, we're going to test that for about a year while we grow the network. I'm sure we have a lot of to discover and understand, but if we succeed – when we succeed – it’s going to be much faster in terms of testing, correction, and innovation,” stated Rouanne.

And because he’s able to do thing differently, and more like the major cloud players, the CTO is also adopting test techniques usually associated with the digital services giants.

“One of the other things we're going to do live is Chaos Monkey --  doing some sort of disruptive tests, for example cutting a fibre, shutting down a port, removing a pod, without warning… the application and the network does not know in advance what you're going to do, but it allows you to check your infrastructure all the time… the big outages usually happen when there is a trigger, and then you go into a route that has not been tested yet, and then you need a router, a policy, a firewall, a parameter that has not been tested. Maybe it works, but it's not tested, it's not configured well, and then you have an outage… by having the Chaos Monkey testing, we’re going to check things not usually addressed in the labs,” explained Rouanne.

And as the DISH team builds out its network, Blue Planet is playing a key role in bringing other tech partners on board.

“We are only using standardized interfaces, defined by the 3GPP and other standards bodies. Blue Planet is complying with that and then we have asked Blue Planet to drive the integration with the other vendors. But it’s all about the standardized interface – the vendors have to align with the interface and then, once they do, it’s really just a connection. You can’t even call that integration, really – it’s a test. And because we're starting from scratch, and because we are getting all our vendors at the same time, we can force that on them. And, you know, it's not a surprise to them – they all understand, and they’re all ready for that,” says Rouanne.

Blue Planet is ideally placed to play that central role because it’s providing the capability, with its inventory system, that will tell the DISH team what’s going on in the network at any one time and what network resources are needed to deliver a service.

“The dream of any operator is to have a live inventory of their network,” said Rouanne. “Most networks have been built over a number of years, with inventories from many different sources and it's very hard to reconcile [the data] and know the state of the network. And if it's hard to reconcile, then it's hard to do closed-loop assurance ,and then it’s hard to scale automatically. At DISH we have the chance to start with a lot of discipline – we have the right tools and we're going to be very strict on the discipline, making sure this inventory is the place of truth of the state of the network, so that we can scale, we can provision, we can predict.”

“This is kind of the translator,” says the CTO. “So today, if you look at the [network] technologies, they are all defined by the 3GPP to have orchestration and slice management. But this is an engineering view of the network – we keep saying we're going to have latency of two or five milliseconds: That’s very engineering-centric view, it's not a business view.

“So, the SOM is translating the business view into something the orchestrator can digest – so it's saying, for example, ‘I want to connect that camera to that web service,’ and that means, ‘I need latency of two milliseconds, and I need this route and that bandwidth.’ So that's the translator. And then, of course, the orchestrator can do that, because ethe orchestrator is, you know is, ‘stupid’ – it does not understand business, it’s just giving you what you asked for. The SOM allows us to start consuming services from a business perspective, and the business perspective is going to be captured in another element, the catalog system. So, for example, if I am buying a connection between all my 4K cameras and my Web service, that's [in the] product catalog. This will be translated by the SOM into service orchestration,” explained Rouanne.

This, then, is a major role for Blue Planet in a network the whole industry is watching.

“This is a fantastic environment for us,” noted Rick Hamilton, senior vice president at Blue Planet.  “Mark and his team are building a cloud native, slice native network, and that's not typical anywhere in the industry. In other deployments we have to integrate with all the legacy architectures and all the legacy infrastructure and adapt accordingly… [Dish’s greenfield network] fits how Blue Planet was developed. All of our software is cloud native, it microservices based, so it's going to fit nicely with what Mark and his team are developing. It's a fantastic place to be because the world is going to get the best of 5G networks out of this build and DISH is going to see the best of Blue Planet -- this is a fantastic marriage,” exclaimed Hamilton.