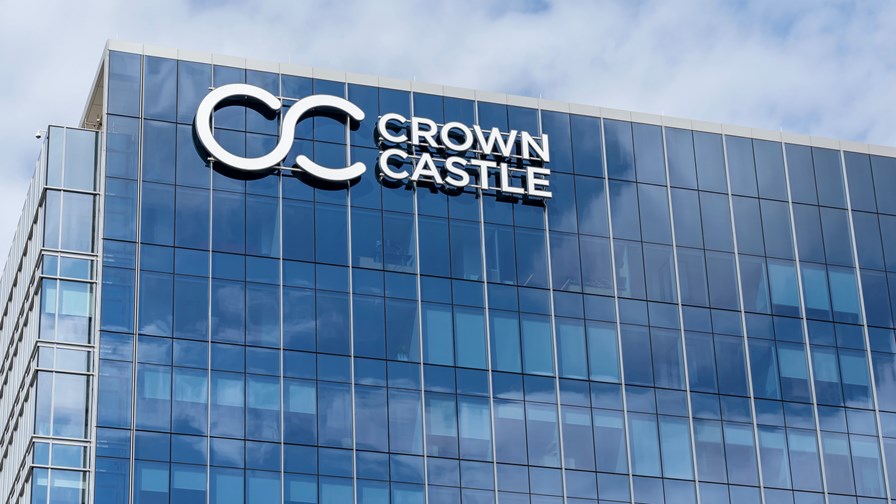 The intense 5G competition in the US between AT&T, T-Mobile US, Verizon and (any time soon) Dish Wireless is proving to be a real bonus for neutral host Crown Castle, which has just increased its financial forecasts for the full year due to “strong” activity from operators upgrading and densifying their networks.

As a result of the ongoing 5G surge by the major US operators, all of which are major Crown Castle customers, and favourable market dynamics (mobile users in the US consume a lot of data and are prepared to pay good money to do so -- see graph below), it has just increased its sales and adjusted EBITDA estimates for the full year, by $40 million and $60 million respectively, to $6.265 billion and $4.332 billion. 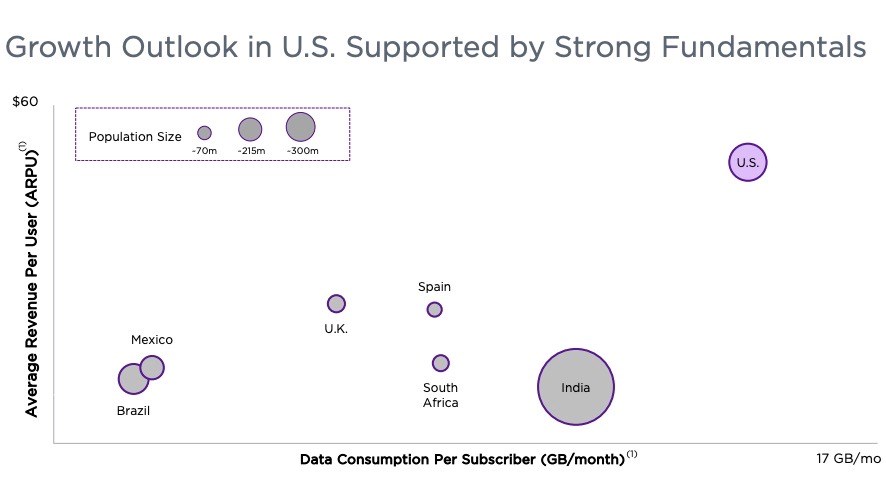 Note: (1) is based on data from Cisco VNI and Kagan Research

The company has just over 40,000 towers across the US, with an average 2.4 tenants per tower at the end of March 2022, up from 2.1 a year earlier. It also has 115,000 small cell nodes and 80,000 route miles of fibre that it leases to mobile operators and enterprises on a shared infrastructure basis. T-Mobile US is its biggest customer, accounting for more than a third of revenues, while AT&T and Verizon account for almost a fifth each, with other customers making up the remaining 25%. Dish Wireless hasn’t launched commercial 5G services yet, but is set to start offering commercial 5G services in 25 major US markets in the coming few months and has been building out its network accordingly: It is a customer, having signed a deal with Crown Castle in late 2020 to use about half of its towers as well as fibre transport services.

"Consistent with the last couple of decades, it is clear to us that the U.S. represents the highest growth and lowest risk market in the world for communications infrastructure ownership,” noted the company’s CEO Jay Brown in its first quarter earnings report.

“We believe our comprehensive offering of 40,000 towers, 115,000 small cells on air or under contract and 80,000 route miles of fiber provides shareholders with the largest exposure to the development of next-generation wireless networks in the best market to own shared network infrastructure. We expect the deployment of 5G in the U.S. to extend our opportunity to create long-term value for our shareholders while delivering dividend per share growth of 7% to 8% per year."

That trend is a major driver of the company’s growth and revised full year forecasts.

"After experiencing the highest level of tower application activity in our history last year, we expect elevated levels of tower leasing to continue this year and believe we will once again lead the U.S. tower industry with 6% organic tower revenue growth. At the same time, I believe 2022 will be an important transition year for our small cells and fiber business. Our team is focused on scaling our small cell deployment capabilities so we can accelerate from what we expect to be approximately 5,000 small cell nodes installed this year to more than 10,000 per year starting in 2023 as we deliver on our record backlog of more than 60,000 small cell nodes," added Brown.

The uptick is already noticeable in the company’s first quarter numbers. Site rental revenues were up by 15% year-on-year to $1.58 billion, while adjusted EBITDA (earnings before interest, tax, depreciation and amortization) leaped by 22% to almost $1.1 billion.

American Tower, a major rival with 43,000 towers across the US, provides its latest business update on 27 April, so it’ll be interesting to see if it tells the same kind of story.