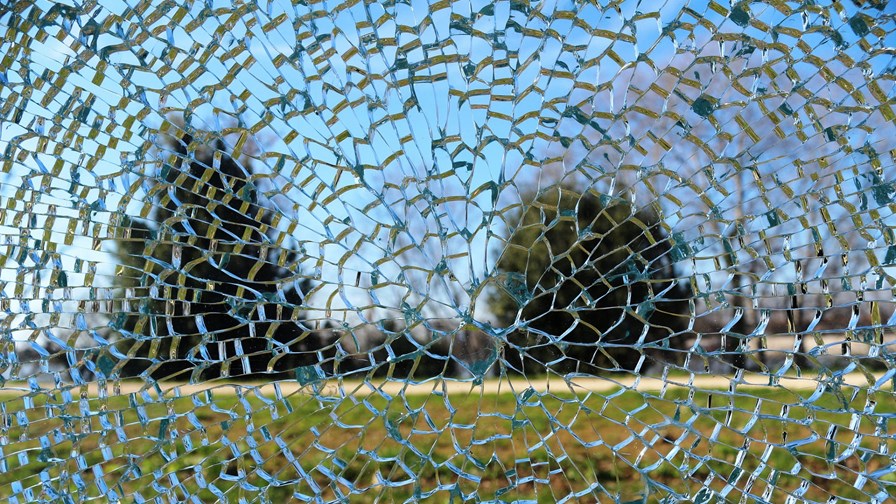 The US enjoyed unseasonably warm weather this week, after the latest news of AT&T's 5G Evolution service prompted rivals to spout quite remarkable quantities of hot air.

They did so without stopping to consider whether they are all just as bad as each other when it comes to laying claim to 5G greatness.

"It's a marketing skirmish. It's not unimportant, but it's part of the game," said Gabriel Brown, Principal Analyst at Heavy Reading.

The latest furore erupted after AT&T on Monday made good on its plan to update the 4G LTE logo on the status bar of some of its smartphones to 5G E. The connection is still based on the 4G standard, albeit the LTE Advanced Pro version that comes with a few of the bells and whistles that will be used when 5G starts rolling out for real, first in non-standalone (NSA) flavour, followed of course by standalone.

AT&T says 5G Evolution is its way of educating the market about how it is laying the foundations for its upcoming 5G service; nonetheless it has been comprehensively derided for being misleading ever since it was first unveiled in April 2017. Updating LTE status bars on select handsets to 5G E this week added more fuel to the fire, prompting angry diatribes from Verizon – which went so far as to criticise AT&T in full-page print ads – and T-Mobile US, whose senior management took to Twitter to mercilessly mock their bitter rival.

Speaking to TelecomTV this week, Heavy Reading's Brown said he agreed with the general industry consensus that a 5G logo of any kind should not appear on a user's screen unless it connects to a 5G network.

"The icon on the phone is important when it comes to how people think about the experience and the value they're getting from it," he explained. "In order to put a 5G icon on the phone, that phone should connect to a 5G radio."

Having said that, Brown can see the logic behind AT&T's strategy.

"LTE to 5G is a continuum," he said. "5G NSA will depend on LTE for the control plane and signalling, so they're going to be pretty integrated systems," which will likely persist for "quite a while."

In addition, in the early days of 5G, when it does actually start rolling out, and when operators do begin making use of millimetre-wave (mmWave) spectrum, customers are likely to fall back to LTE very frequently, Brown said.

"You don't want the fallback experience to be noticeably degraded. The stronger the LTE is underneath, the better."

Indeed, behind AT&T's marketing nonsense lies a very concerted effort to improve its 4G network by rolling out LTE Advanced Pro in hundreds of locations. Also, from the customer's point of view, the perception of that fall back experience will likely be better if a small letter 'E' appears next to 5G in their status bar, rather than a 4G logo.

It is also worth remembering amid all the scorn directed at AT&T that Verizon and T-Mobile are not beyond reproach when it comes to 5G hype.

Verizon made a huge song and dance about being the first to launch a 5G service even though it was based on a proprietary version of the technology, 5G TF, that no one else is using. Verizon has already admitted that it will eventually need to rip out replace its 5G TF infrastructure with equipment based on the universally-adopted 5G NR standard, but clearly it didn't want to miss out on the opportunity to score a few PR points by claiming a 'first'.

Meanwhile, T-Mobile this week laid claim to the world's first 5G data call and video call carried out on a live network running on 600 MHz spectrum. It also carried out a video call using aggregated spectrum in the 600 MHz, 28 GHz, and 39 GHz bands.

As Brown pointed out though, T-Mobile rolling out 5G at 600 MHz is not likely to herald the step change in user experience as promised by the 5G hype machine.

The operator acquired nationwide 600-MHz spectrum in 2017's incentive auction, and due to its being sub-1-GHz, T-Mobile will find it relatively easy to provide widespread 5G coverage in a lot of locations when the time comes.

The problem is the volume of 600-MHz spectrum that T-Mobile holds.

At 31 MHz, it is not sufficient to support extremely high data rates. So yes, T-Mobile will be able to offer 5G in a lot of locations very quickly, and it will deliver an improvement over 4G. But in order to get the all-singing, all-dancing 5G experience, T-Mobile customers will need to be somewhere that is also covered by higher frequency bands and vastly more spectrum.

Of course, that won't stop T-Mobile's marketing department from espousing the virtues of its 600-MHz 5G network, and why should it?

Just as with Verizon's 5G TF, and AT&T's LTE Advanced Pro 5G Evolution, the marketing department needs to create and take advantage of any chances that come their way.

"An operator business is not just about what the technologists think. It's also about what people who are selling the product think. They're the ones that have got to get the customers," said Brown.