Are we entering the age of the ‘endless data plan’? 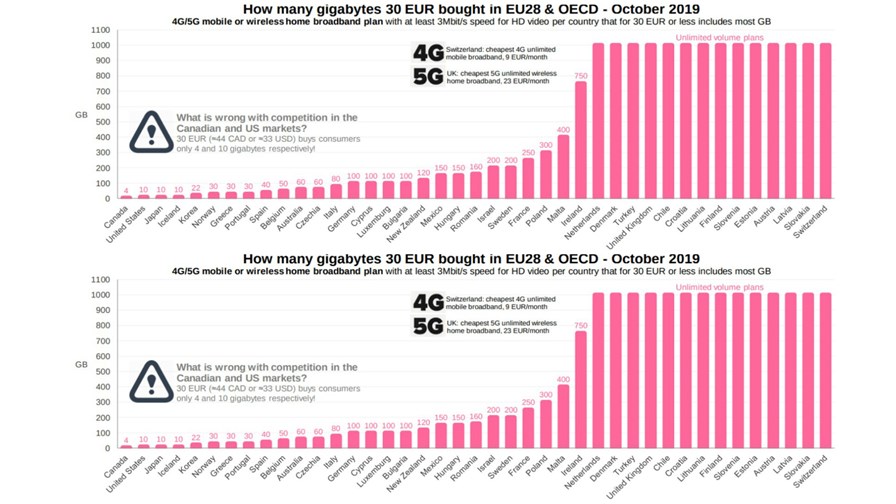 This week Vodafone UK announced that it will launch 5G on its youth brand with no contract and no data cap. The ‘Endless Data Plan’ will cost users £30 per month until February next year, at which point it will revert to a standard price of £35.

While the Vodafone announcement offers a new deal, it’s not - in itself - a big deal. The other operators in the UK and indeed in the rest of Europe, have been busy announcing various forms of unlimited mobile data on the coattails of their 5G roll-out plans. Vodafone itself has announced a series of unlimited plans already, well before non standalone 5G roll-out has reached a point where it could immediately influence data supply and demand.

But in formulating a ‘youth’ tariff, pay as you go and unlimited, it starts to look as though the concept of pricing mobile service against broadband data volume is now truly a thing of the past. The gradual arrival of 5G seals the deal. Nickel and diming data volume won’t cut it anymore.

Speed tiers with unlimited data allowances seem to be the move of the moment.

Finnish research outfit, Rewheel, which has long specialised in the mobile industry’s competitive dynamics with a special focus on unlimited data (which has been alive and well in Finland for several years) and the competitive dynamics of the mobile market (it champions the advantages of having at least four, certainly not three, players in a mobile market) has just updated its take on  global 4G and 5G pricing.

It finds that in the second half of 2019 the introduction of 5G has supercharged the transition to a basically ‘unlimited everything’ model.

But importantly, despite the optimistic “more-for-more buzz” expected with the arrival of 5G, Rewheel points out that gigabyte allowances have continued to grow while monthly prices have continued to fall. Clearly new technology that might allow the gradual ratcheting up of mobile broadband prices won’t be in place until standalone 5G is up and running.

“Sixty seven operators sold truly unlimited smartphone or wireless broadband plans in 29 out of 41 EU28 & OECD countries.  4G gigabyte prices have fallen off a cliff across all those countries the last 6 years, says Rewheel.

The median gigabyte price of 5G smartphone plans – half of which packed truly unlimited volume – was also €0.2 per GB.

That’s one hell of a fall!

But the most amazing thing about this trend is how uneven downward pricing is on a global basis.  (see the diagrams above).

North America which, by all other measures, should be offering its customers prices at least as low as the median pricing in the rest of the OECD, are nowhere near. Lack of real competition is the only explanation.

If telcos generally want to drive up ARPU (and they do) it won’t be by upping the volume cost of broadband data but by finding other service qualities that they can price up when they have the means of differentiating.  If things work to plan, that means when standalone 5G with all its possibilities, is deployed.