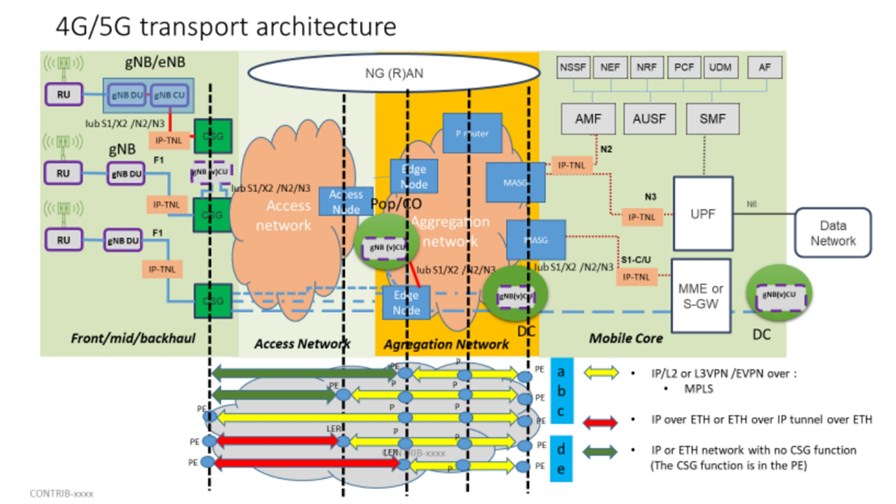 Broadband Forum says it’s developing a recommended broadband network architecture to support 5G at the transport layer and it’s published a “5G Network Architecture Overview” to get the idea across.

The forum contends that 5G is going to require a highly scalable and future oriented network architecture – one capable of actioning intelligent, coordinated, automation of the RAN, the mobile core, and the transport networks.

“5G is driving mobile operators to take a holistic approach to transport network planning,” says Robin Mersh, CEO of Broadband Forum. “The technology brings a significant increase in capacity, requires an estimated doubling of radio sites deployed, and the need for a new architecture with new RAN and Core interfaces.These new architectures and new interfaces each have specific requirements that must be met not only by the mobile equipment, but by the underlying transport network,” he says.

With 2G/3G the upgrade task wasn’t a stretch, it just required what the forum calls transport network ‘on-ramps’ which were relatively easily upgraded to support the RAN as it evolved in terms of its capacity, latency and other demands. With 5G however, the RAN has become a much trickier beast to keep up with.

In fact a 5G RAN brings with it a significant increase in capacity, with no upper end in sight as more demanding frequencies and ever more massive MIMO is applied to it. With this comes new and more stringent interface requirements to cope with higher capacities and guarantee lower latencies as the architecture grapples with stricter timing and synchronization demands.

Disaggregation is also set to complicate things. This is where the transport network meets both the RAN and the core and is complicated by the separation of data plane and control plane elements.

For the time being most of the focus is still on 2G, 3G and 4G networks, says the forum, but by 2025 5G should account for three-quarters of all mobile data traffic,

There’s clearly some heavy lifting to be done

Capacity upgrades for the transport network will be needed. The forum estimates that a typical 4G distributed RAN site, with 5G New Radio (5G NR) added, will require up to 10 Gbps backhaul capacity, while spectrum sharing solutions will drive demand for many 10GE ports to deliver RAN coordination. In addition, 5G NR will use the new enhanced common public radio interface (eCPRI) with up to 25 Gbps connections.

“As such, 5G backhaul baseband interfaces will need 10 Gbps capacity and will need to scale efficiently up to 100GE,” the white paper contends.

So the Broadband Forum’s architecture will fold in IPv6, MPLS, and other modern technologies to enable effective and scalable transport networks to support operator 5G deployments while still supporting LTE and other network types. It says by using combinations of Layer 2 Ethernet technology, MPLS, and IP, the resulting architecture can be mapped out as in the diagram above.

“While the initial focus in 5G is on potential use cases and the radio technology itself, 5G cannot exist without a transport network to support it,” said Joel Halpern, Editor of the 5G Network Architecture white paper, of Ericsson. “Technology and application performance requirements will lead to a future transport network that looks very different. The use of 5G network architecture requirements, such as those being created within Broadband Forum, will ensure operators can enhance and migrate their existing networks to support the new capabilities 5G needs in order to deliver on the promise it has while protecting their existing investment.”