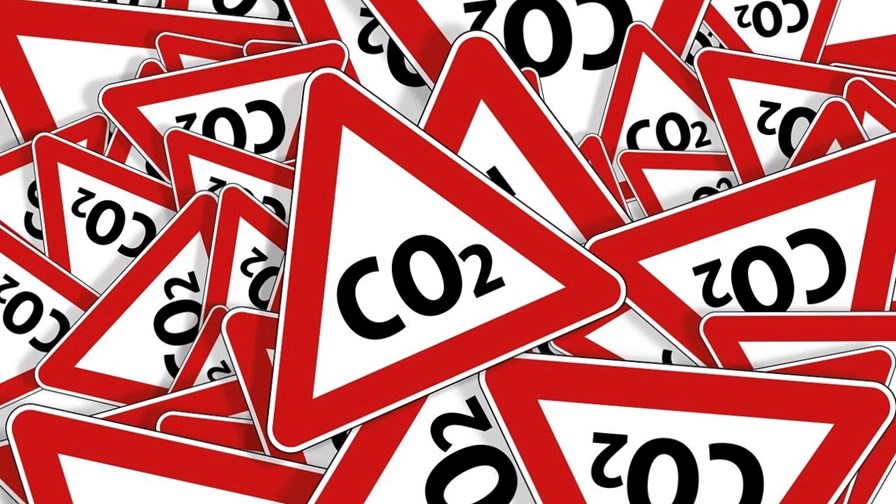 Rolling out 5G could lead to a sharp increase in power consumption and greenhouse gas emissions, according to a report just published by France's High Council on Climate.(HCC)  This report is no loony-tunes attack from the ‘5G causes Covid’ mad fringe, but a data-backed input to a debate which has long been raging in France about the mobile technology.

According to France 24, the plan to roll out 5G has been a subject of great controversy: “Dozens of parliament members have asked for a moratorium on its deployment because of uncertainties surrounding the network’s impact on health and the environment,” it observes. The HCC’s analysis is, of course, in stark contrast with the industry version of 5G and CO 2, which paints 5G as an environmental saviour, claiming it will, in and of itself, not lead to a rise in energy consumption at the same rate as if we were to keep on with 4G.

However it’s clear that claims of 5G enviro-friendliness rest on ‘consequent’ applications which in turn will save energy. For instance, a report from Telefonica’s O2 (no ‘c’) ln the UK, finds that 5G applied in areas such as manufacturing, transport and healthcare could save up to 269 megatonnes of CO2 by 2035. On a topical note, it also points out that 5G will improve the remote working experience too.

In effect, the major part of 5G’s CO2 savings ability will be due to people working from home and not commuting.

Back with the High Council on Climate. Its assumptions go in the other direction and take into account the manufacture of 5G devices and, perhaps crucially, the growth of data centres built to cope with all the data 5G apps are supposed to generate.So the argument, as so often with network and technology benefits/drawbacks discussions, turns on what gets attributed as a saving and what as a consequence - and what doesn’t.

What’s the HCC and who made it an arbiter on this matter?

The HCC is an independent French body tasked with issuing advice to its government on policies to reduce greenhouse gas emissions. And that’s exactly what it’s done. It found that 5G technology will lead to a significant increase in the carbon footprint.

In France, it says, this  will come mainly from manufacturing new devices for 5G along with data centre and exchange equipment. The data centres in particular will also generate extra CO2 from greater electricity generation.

It calculates that the carbon footprint of digital technology in France is currently around 15 million tonnes of CO2 equivalent per year, which represents about 2% of France’s overall carbon footprint, implying that average CO2 emissions is 11 tonnes per person - the current target for emissions of CO2 per capita in France is 2.1 tonnes by 2050.

The HCC report found that 5G technology could add between 2.7 to 6.7 million tonnes of CO2 equivalents per year by 2030.

Crucially this report, unlike the more ‘pro’ 5G reports and industry narratives which tend to try to work in some CO2 reduction ‘benefits’ from 5G, maintained that it couldn’t do that because there had been insufficiently robust methodologies to enable it to quantify them - things like theoretical decreases in transport demand, (5G availability being an enabler) or improvements in the energy efficiency of silicon.

And that’s the problem.

When it comes to ascertaining future energy savings, things simply get too foggy to produce robust numbers. How, for instance, can you accurately apportion long term CO2 outputs amongst the different IT segments playing a part in their reduction? Especially when the technologies are advancing at a frantic pace so that the balance between them is constantly in flux? Has 5G and fixed broadband done most to enable home working, or does that distinction really belong to the cloud services in the data centres which have enabled employees to keep on working from home effectively by using collaboration applications and videoconferencing technology?

The HCC has issued recommendations to the French government, including forcing clarification of climate issues before deploying new technologies such as 5G; imposing carbon footprint limits on phone operators deploying 5G; and better informing the public about waste or disproportionate use of energy associated with digital services.

That seems to me to be a high bar since, as discussed,  it’s very difficult to tease out technology benefits and give them environmental values. What’s “disproportionate”, for instance.

Like invisible celestial bodies, we know the technology benefits are there by foggy reasoning and the behaviour of nearby bodies when giving them a gravitational tug.

But to start winning more arguments, we’ll have to do better than simply repeat our assertions unconvincingly as our 5G masts go up in smoke.