Is Private LTE poised to make inroads on indoor connectivity? 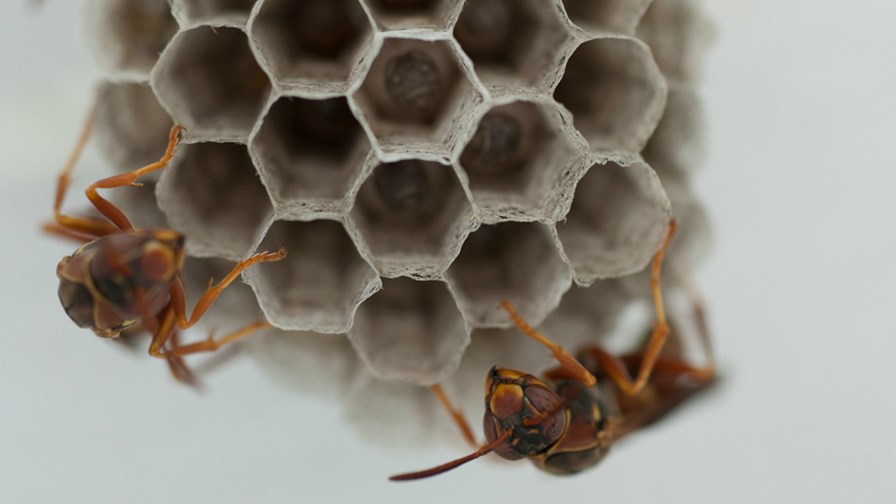 The Wi-Fi segment might be flush with confidence, with a high speed Wi-Fi 6 ( IEEE 802.11ax in old money) updated spec arriving at the end of this year, perfect timing for Wi-Fi to act as the prime indoor connectivity solution for 5G. But Wi-Fi won’t have the field to itself, especially in the indoors or campus business environment.

There, many enterprises are looking at Private LTE, a form of LTE that can be made to run in public or shared spectrum, the national spectrum regime permitting.  It’s thought Private LTE can be made to appeal to businesses seeking that little bit more in terms of indoor network performance.

According to Mobile Experts Inc. which has released an industry benchmark report on Private LTE, (and eventual 5G), the market for hardware/software/serviceis set to grow at about 10 per cent a year and to reach $3.4 billion globally by 2024.

"There's a long legacy of GSM-R and other private cellular systems for special use cases, but recently the variety of use cases has started to blossom.” says Mobile Experts. “Over the next five years, the majority of Private Cellular equipment will be based on LTE rather than 5G, as most industrial applications can be handled with LTE mobile broadband features.

“Then, as 5G URLLC features in 3GPP Release 16 come to market, we expect 5G to take an increasing share of the Private Cellular market. The 5G ecosystem will scale beyond our current forecast period, so eventually we expect it to become the dominant technology choice in many Private Cellular deployments."

According to the Mobile Experts report, the Private LTE/5G ecosystem is coming together just as the industry verticals seek new connectivity platforms to handle more complex industrial automation with sensors and analytics.”

Indeed, according to ABI Research, see below, Mobile Operators are may be missing a trick by viewing private LTE as an existential challenge, rather than as a potential partner. ABI is also bullish on private LTE but urges Mobile Operators to view private  as way in to the verticals that many view as key to the success of 5G.

Private LTE will be a $16.3 billion opportunity by 2025 and the foundation for 5G services in end-vertical markets, claims ABI Research.

Private LTE will be a $16.3 billion opportunity by 2025 and the foundation for 5G services in end-vertical markets, claims ABI Research

ABI Research: By 2025, the private Long-Term Evolution (LTE) market comprising of healthcare, transport and logistics, manufacturing, smart venues, smart cities, and oil and gas will be worth US$16.3 billion, according to ABI Research, a market-foresight advisory firm providing strategic guidance on the most compelling transformative technologies. With the future of Mobile Service Providers (MSPs) and network vendors to be defined beyond the consumer market to end-vertical enterprises, private LTE is set to be a key asset to create new revenue streams.

“A new understanding of spectrum usage, spearheaded by the Citizens Broadband Radio Service (CBRS) activities in the United States, and increasing demand from industry verticals are the main drivers of private LTE,” said Pablo Tomasi, Senior Analyst at ABI Research.

“The United States is taking the lead in bypassing the issue of spectrum, which has been traditionally one of the roadblocks to private LTE expansion. The CBRS three-tier system provides 150 MHz of spectrum and most importantly, offers the ability for companies to acquire spectrum depending on their needs.

Besides CBRS, other developments such as MulteFire and that countries are considering auctioning regional spectrum, show that this new spectrum paradigm has a global scale,” continued Tomasi.

The market will be worth US$16.3 billion by 2025 with the vertical of transport and logistics being the largest among those analyzed, representing 26.3% of the total market. The growth potential and the size of the market, where virtually every sector could benefit from private LTE deployments, mean that an increasing number of companies will be attracted to it.

From existing specialized network vendors, such as Redline Communication, to global vendors such as Nokia, all vendors are betting on private LTE for growth. Not only vendors, but companies with diverse backgrounds including indoor wireless providers, such as Boingo Wireless, and web-scale players such as Amazon, are also being attracted to this market.

Contrary to this market trend, with few notable exceptions such as Deutsche Telekom, MSPs are hesitant to fully commit to private LTE, which they see as a competitive threat to their core business and investments. MSPs are moving slower than the rest of the market, and if they do not start engaging with partners and taking a more central role in the delivering of private LTE solutions, they will miss this opportunity to enter the vertical market space.

A deeper engagement of MSPs, would not only benefit the category but the wider market as a strong commitment from leading carriers will spur the growth of the whole ecosystem.

“The importance of Private LTE is not only in its revenue opportunity as the technology has also an additional value. The delivering of successful projects will show the reliability of cellular technology (and its ecosystem) and will ultimately pave the way for 5G in industrial markets,” concluded Tomasi.