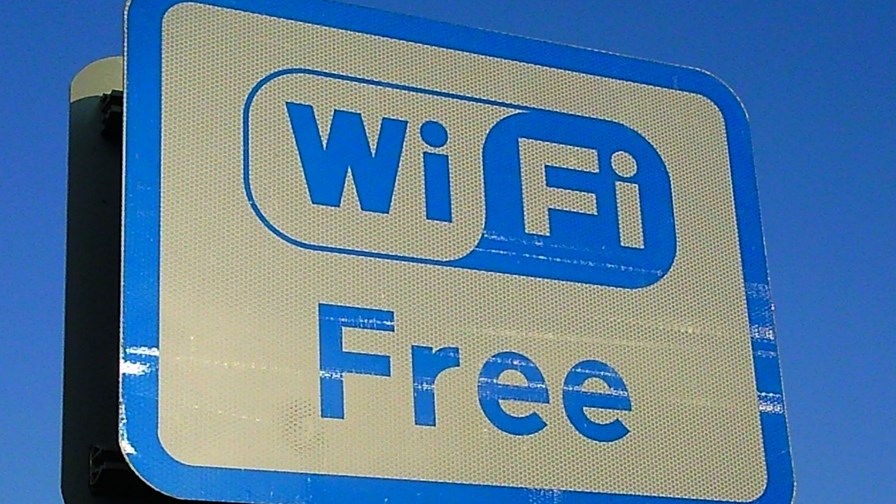 The EU Telecoms Council and the 27 individual countries that will, perhaps, make up the European Union (EU) in the year 2020 are backing a plan, first announced by the President of the European Commission, Jean-Claude Junker in one of his occasional moments of comparative lucidity, to provide free Wi-Fi access in public spaces across all states within four years. He also announced that at least one city in each EU country will have a fully-functioning 5G network by then as well. Hmm.

In his September "State of the [fraying] Union" address Junker said, "Everyone benefiting from connectivity means that it should not matter where you live or how much you earn. So, we propose today to equip every European village and every city with free wireless internet access around the main centres of public life by 2020."

Since that announcement. the individual member states have been mulling over the idea and have all (OK then, not all. The UK is, of course, including itself out of the proposal) agreed that it is a "good idea". And so, by the end of the decade, parks, piazza's and public buildings from the Dingle peninsula to the Danube delta will, perhaps, provide citizenry with free public Wi-Fi - and all for the cost of a mere €120 million.

And this is where reality heads its ugly rear. Divide that munificent sum out across 27 member states and the plan looks more like a pipe dream than any possible reality. Indeed, on closer examination it seems to be yet another ill-considered and badly thought-out initiative designed to grab a few headlines but actually practically impossible to carry through given that there is neither plan nor agreement on who will pay subscription, maintenance and management costs.

The EU Telecoms Council says the WiFi4EU fund will cover the cost of the provision of "high-grade connectivity" to "more than  to 6,000 communities, including areas with under-developed telecoms infrastructure."

The scheme will apply to "entities with a public mission' such as local council and  municipal bodies like libraries, health clinics, parks and public squares and other gathering places. Local authorities will be expected to develop and deploy their own digital services such as e-government and e-health. The primary requirement is the entities wishing to deploy the Wi-Fi infrastructure must ensure that users will get a minimum bandwidth of 30Mb/s.

Strangled at birth by red-tape?

Laudable though the scheme may be, the process of all applying is surrounded by typical Euro red tape. The bodies and organisations desirous of providing free Wi-Fi must apply to the EU bureaucracy on a project-by-project basis, complete the appropriate documentation, make the necessary obeisance and wait for the wheels of officialdom to grind slowly around before being told whether or not that have been awarded a grant.

Günther Oettinger, the EU Commissioner responsible for Euopewide strategy for the  Digital Economy and Society commented, “Connectivity is a key prerequisite for Europe’s digital future. It is time to make sure all Europeans, whether in the countryside or in cities, can get access to a quality internet connection. We are happy that the Member States have backed WiFi4EU so swiftly – it also shows the importance and real value of the initiative.”

However, there's not much of a sense of urgency behind the initiative. Now that the EU Telecoms Council has got behind W1Fi4EU and the individual member states have agreed that it is a good idea that should be implemented, it must go to the European Parliament for approval and ratification.

Then when,at long last, it gets the nod from there, it all goes back one more time to the individual member states for their final, final, absolutely final approval. Thereafter the various parties interested in providing the free Wi-Fi have two years to apply for a share of the funding. In a statement the EC says that, with a bit of luck and a following breeze, the first "call for applications" might be made during the summer of next year. After all, there's no need to rush into anything.

Meanwhile, over in the UK, plans are being laid for the erection, in St. James's Park in London, of small canvas booths that will be equipped with used baked beans tins joined together over a distance of several feet by pieces of sting. On summer Sundays in July and August starting in 2030, loyal subjects ill be encouraged to speak with one another over  this high-tech simplex communications system. If 20 years of trials are successful, the string may be deployed on 30 foot high poles of real English oak to carry messages as far as the Old Admiralty Buildings from where highly-skilled semaphore operators will instruct Portsmouth Dockyard to "send a gunboat" up the Senne to Brussels.