Roll out the cannons: As streaming replaces downloads, the pirates are back 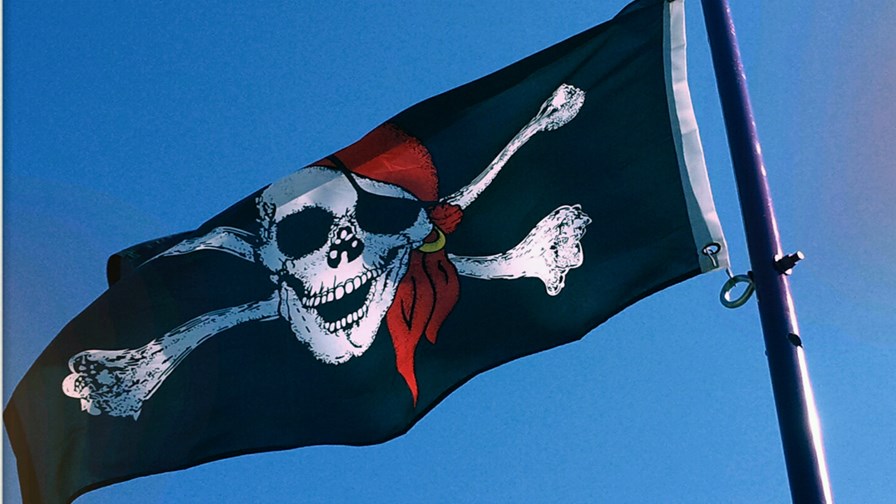 With video streaming services basically taking over from good old video downloading it was perhaps as inevitable as night following day that the pirates would  weigh anchor and set a course to intercept the new opportunity.

And now they have

As we reported just six months ago  the switch to streaming seemed to have temporarily stumped the pirates and piracy incidents were calculated to have fallen off as a result (see - Ooh Arrr: streaming has lowered video piracy but not if content goes into silos).

But Jack Sparrow and friends were just catching their breath. As the industry was warned, if popular content is pulled from platforms such as Netflix and then ‘siloed’ behind expensive paywalls so it can be dribbled out at high cost to subscribers - such as Disney TV - it won't be surprising to see users who were previously gradually dropping the pirate sites in favour of legitimate sources and catch-up TV, tempted back to piracy. And unlike the old fashioned piratical download scene, pirate streaming is easy-peasy and very convenient. You just go to a website and click a streaming link.

Users want no mess, no fuss

As Richard Broughton, Director at Ampere Analysis, wrote six months ago, “If the mainstream OTT players have less of the content users want to watch, when they want to watch it, there’s a genuine risk that usage of these SVoD and catch-up services could begin to slump, something the pirate operators will be quick to capitalise on.”

Right on cue illegal streaming and TV piracy is now an escalating problem as the pirates finesse their techniques and conceal their origins. According to anti-piracy company MUSO, “nearly 190 billion visits were made to illegal piracy websites last year alone. Of this number, 5.75 billion came from the UK and 17.4 billion from the US.”

This time around, telcos are in the front line. Twenty or so years ago when they were just ISPs they usually tried to stay on the sidelines where they were  accused of ‘not doing enough’ to crack down on the piracy by helping identify offending users.

Now, however, the decoder is on the other foot as telcos such as BT, Orange  and AT&T make major forays into the TV market. The revenue they expect to make from video is now in real danger.

Every set of problems has its opportunity

BT, for one, is not going to stand still. It’s not only keen to stem the illegal streaming to protect its own interests, but, as an emerging DSP (Digital Service Provider), it sniffs an opportunity to make a business selling anti-piracy services to other players.

BT says it’s using video infrastructure company, ATEME, and its ‘sophisticated encryption techniques’ to protect satellite uplinked content. ATEME’s encoder  uses BISS-CA (Basic Interoperable Scrambling System Conditional Access) encryption. BT used that technology to protect  BT Sport’s transmission of the FA Community Shield at Wembley Stadium back in August and has continued to deploy it to protect its Premier League live broadcasts. It will be offering this technology to its media and broadcast customers around the world to help reduce the number of illegal streams.

Run out the cannons and let battle commence.