The making of a data center chip: time, money and engineering

Bloomberg Businessweek on Thursday published a story about how Intel makes its data center chips.

“How Intel Makes a Chip” offers a detailed look at the company’s manufacturing process inside D1D, one of its microprocessor factories in Hillsboro, Oregon:

“Over the next three months—three times the amount of time it takes Boeing to manufacture a single Dreamliner—these wafers will be transformed into microprocessors. They’ll make their way through more than 2,000 steps of lithography, etching, material application, and more etching. Each will then be chopped up into a hundred or so thumbnail-size “dies,” each of which will be packaged in a ceramic enclosure. If everything functions properly, none of the 100,000 or so people who work at Intel will ever touch them. The endpoint of this mechanized miracle: the Intel Xeon E5 v4, the company’s latest server chip and the engine of the internet.” 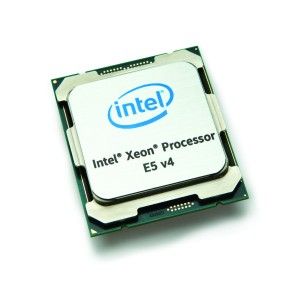 Bloomberg’s story is built on interviews with many of Intel’s corporate leaders, researchers, engineers and product managers. It quotes Brian Krzanich, Diane Bryant, Mark Bohr, Kevin Fischer, Corrina Mellinger, Patricia Kummrow and Maria Lines, though many other leaders and engineers were interviewed during the project.

The article provides a rare view inside Intel’s product development and manufacturing process and illustrates the engineering and design challenges behind the chips that power servers and data centers around the world. And it doesn’t fail to bring up the seeming “magic” that plays a role in chip architecture and manufacturing. The story quotes Lines, a product manager:

Read the full story on Bloomberg.com.

“A Closer Look at the Biggest Jumps at the X Games” (FiveThirtyEight): “With all the hifalutin analytical tools available to sports like baseball, basketball and tennis, younger sports BMX and skateboarding probably aren’t the most statistically sophisticated events going. Fair enough — but the foundation is being built for them faster than for sports that haven’t yet undergone a statistical revolution, like boxing or hockey. At the summer X Games last weekend, that came in the form of a little motion-tracking gadget called Curie.”

“How Steph Curry’s three-pointers get the 360-degree replay treatment from Intel” (recode): “Unlike other panoramic technologies, which let you view the game from any angle, Intel’s technology offers the ability to go anywhere inside the action as well. Plus, there are none of the stitching effects that happen using most other approaches.”