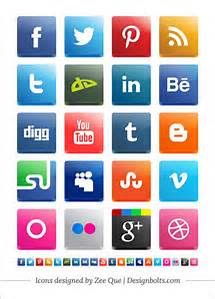 Men found to be more social needier than women

Modern Brits are a nation of “Like devotees” – chasing recognition in the form of likes, comments and shares of their social media posts, according to a new BT study.

Figures launched to celebrate the new BT Smart Hub reveal the extent to which social media has become “social needier” – with Brits now checking their Facebook, Twitter and Instagram accounts on average seventeen times following a post, to gauge the reaction.

Leading Psychologist Becky Spelman commented on the findings. “Likes” or “shares” on a post seem to provide us with the instant gratification that we crave and it’s interesting to see people collecting online “friends” without stopping to think how many are actually friends! It’s not surprising to see men having more issues with social media dependence than women, as they often have less well-developed social networks and fewer emotional ties in the real world.

"Superficial interactions such as “liking” someone’s post are harmless in themselves, but people need to be careful that when they interact with social media they don’t forget real life relationships with friends and family members. I would recommend limiting friends on social media to people you actually communicate with and know in a meaningful way, rather than just anyone who has ever sent a friend request. Social media channels work for us when we use them as a tool to communicate, not a way to judge our self-worth."

“We know that 85% of people spend most of their time on social media at home and being continually connected is really important. That’s why we’ve launched the new BT Smart Hub, which provides the UK’s most powerful wi-fi signal vs major broadband providers. With its combination of unique features, you can check your social media as much as you need to, with wi-fi in more places, fewer dropped connections and faster speeds in harder to reach rooms.”

Faced with a scenario of no likes or shares, the overriding emotion is “disappointment” (38 per cent), and, 17 per cent said it makes them feel “friendless”, 16 per cent, “insecure” and a further 14 per cent feel “stupid”. As a result, 45 per cent have deleted something from social media in frustration of not getting enough recognition and men are more likely to do so (49%).

On the flip side, when the desired level of likes is achieved - 44 per cent of us feel “happy”, while 29 per cent feel “recognised”, 27 per cent “popular” and “valued”.