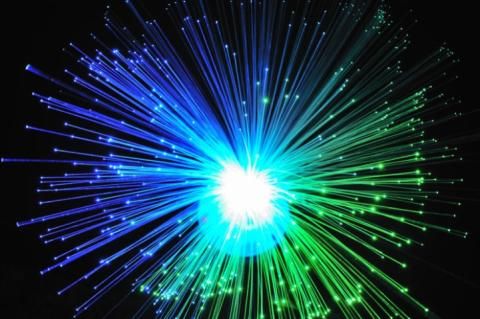 Openreach, BT’s local access network division, today revealed the unrelenting growth in demand for data over its UK fibre network as it published its first ever Openreach Fibre Index.

The Index – which will be updated seasonally – shows that data usage across the company’s five million active fibre connections1 is increasing at 40 per cent year on year. Over the summer, the average fibre customer consumed 190 Gigabytes per month. That’s the equivalent of a single household watching 45 HD movies or downloading 2,000 albums each month, or somebody box-set bingeing on 17 hours of HD TV every week.

The Openreach Fibre Index reveals a number of interesting insights into the UK’s fibre broadband habits, including how just a quarter of homes and businesses account for 75% of the total data consumed over the fibre network in an average month.

Over the summer the network’s busiest hour was on Sundays between 9-10pm, whilst the busiest single day for data consumption came on the 23rd August 2015.

Britain’s broadband landscape has changed beyond recognition during the last five years, with average download speeds quadrupling from just 5.2Mbps2 in 2010 to 22.8Mbps3. The number of homes and businesses able to order a fibre broadband connection from Openreach – via the service provider of their choice – has also risen to more than 24 million, compared with just 4 million4 at the end 2010. This explosion in coverage has helped overall fibre availability grow to around 90 per cent when all networks are taken into account.

Broadband usage has also surged during this period. There are now more than 24 million5 broadband customers in the UK with 19.6 million of those using a service provided over Openreach’s network.

Openreach works on behalf of more than 500 communication providers to maintain and upgrade the local access network, maintaining the fibre, cables and wires that run from homes and businesses to the local exchange.

Ian Lawrence, Openreach chief engineer, said: "While it’s not surprising to see that total data usage continues to grow, the pace and scale of growth and adoption is extraordinary.

“Over half of UK households have at least two different internet enabled devices and nearly a third has seven or more, all usually connected at the same time. And now with the rapid growth of Smart TVs all needing a fast broadband connection, what we can see is that consumers and businesses will demand even more from fibre.

“This summer data usage peaked on 23 August. During that week we saw the World Athletics Championship, the Belgian Grand Prix, and several major news stories break which may well have contributed to this rise in data consumption. We also saw usage peak during the evening on Sundays, perhaps when people are catching up on box-sets or Skyping friends and family.

“I’m proud the work by Openreach engineers is enabling millions of people to connect with each other in new ways and at a faster rate than ever before. Our fibre network is more than able to deliver the speed and capacity that people need both today and for years to come. The roll out of Openreach’s fibre broadband network will be one of the great British success stories in history."