Talk Talk talks up a downbeat half year 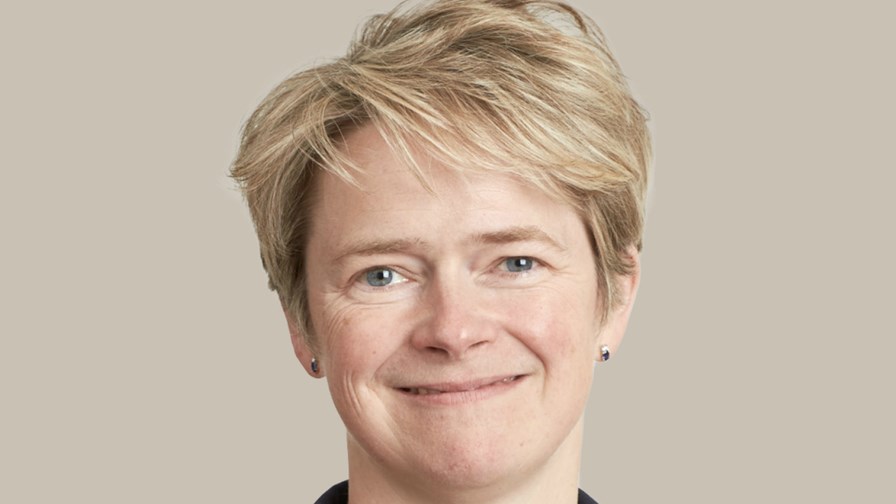 Dido Harding, the CEO at the helm of Talk Talk during the 2015 hacking fiasco via Flickr © Bank of England (CC BY-ND 2.0)

Remember Talk Talk, the UK ISP that back in 2015 suffered a massive security breach when the personal details of 157,000 subscribers were hacked (including some whose bank account information and bank sorting codes were stolen) because the company had not encrypted some of the customer data?

When the dust settled after the ensuing debacle Talk Talk, unsurprisingly under new leadership, promised that henceforth security would be its absolute priority. Now it seems that is no longer the case. TalkTalk is back in the news after it fell to a £75 million loss for the half year that ended on September 30. The company says the loss was due in part anyway to costs incurred to bring its network and data security up to snuff. It has issued a market warning about future profit forecasts.

To put things in context, at the end of the same period last year the ISP made a profit of £30 million. Revenues for this year's first half slumped and earnings collapsed by 34 per cent to £95 million. Talk Talk announced that its annual earnings will come in at "the lower end" of its earlier forecast of between £270 and £300 million. When the market heard the news Talk Talk shares fell by more than eight per cent.

So, bad news all round then,  but you wouldn't know that from the upbeat remarks made by Tristia Harrison, the ISPs current CEO. She said, "When we simplified and reset the business back in May, we said our priorities were growth, cash, and EBITDA (earnings before interest, taxes, depreciation and amortisation) in that order".

Hang on a minute. Didn't Talk Talk say that the security of subscriber data would be its Number One priority? Ah! Perhaps it is now so good and copper-bottomed attack-proof that there is zero chance that customer data will be hacked again. If that state of perfection has indeed been achieved, I think we should be told. Indeed, I'm surprised the company hasn't been trumpeting it from the rooftops already.

It cost Talk Talk £31 million to revamp its mobile phone business after it "reassessed" the division's strategy and the ISP has also taken a £59 million charge for expenses "associated with implementing changes to the Group's organisational structure under the new leadership team".

According to Ms Harrison, "The first half performance shows we are delivering on that [growth, cash and EBITDA] plan. We have now delivered a third consecutive quarter of growth in our broadband base, with both Retail and Wholesale bases growing; returned to on-net revenue growth and delivered lower churn than a year ago." The fact that it is full of rancid cheese is neither here nor there.

She added, in a textbook example of corporate flatulosity, "Our clear value proposition is resonating strongly against an uncertain economic environment." That is resonating strongly as in a donkey chomping on its oats at one end and letting rip with the inevitably breezy results at the other. The company's share price is not performing well.

Talk Talk increased its subscriber base by 46,000 in the half year to September 30. It lost 29,000 in the same period last year. And let's not forget that in 2015 when the company finally acknowledged that it been hacked, it lost 101,000 subscribers in the immediate aftermath.

So, translated into something Talk Talk subscribers will see and understand from their monthly bills, the focus on growth and cash will almost certainly be exemplified by a push to hook up more customers with short-term special offers and to increasing prices for existing customers. That's the way to do it.

Dido Harding the CEO at them helm of Talk Talk during the 2015 hacking fiasco was paid £2.81 million in that same year. The attack itself cost the ISP £60 million. Asked on the BBC's flagship morning news programmes whether or not hacked subscriber data had been encrypted she replied "I don't know". This from the CEO. Public and media reaction was immediate and and vituperative. Marketing magazine ran a piece saying "Talk Talk boss Dido Harding's utter ignorance is a lesson to us all".

Since then Ms. Harding's star has actually risen. She has been ennobled and now sits in the House of Lords as a Conservative Peer under the title of Baroness Harding of Winscombe of Nether Compton in the County of Dorse . In her spare time she is a non-executive director of the Court of the Bank of England and is the Chair of the Bank's Remuneration Committee.

Then, just a couple of weeks ago she became the Chairman of NHS Improvement, part of Britain's nationally revered but government resource-starved National Health Service. The role of NHS Improvement is to "help the NHS meet its short-term challenges and secure its future". Demonstrating her level of confidence in and commitment to the organisation that provides free-health care to the entire population of the UK, the Baroness declined the opportunity to relinquish her own expensive private health insurance.

At a pre-appointment hearing at a House of Commons Committee Meeting before Members of Parliament Ms. Harding was quizzed about her suitability for such a high-profile public roles as a guardienne of the NHS especially in light of her poor handling of the cyber attack on Talk Talk.

Ben Bradshaw, the MP for Exeter suggested that some "may take from that the judgement of the market was that you weren't a great success. And that your new desire to do good and work in the public service – a cynic might look at this and think, well, she wasn't going to hack it at the top level in the private sector, so she is looking for a cushy government job". Perish the very thought.

Before she joined Talk Talk, Dido Harding was the "convenience director" at the Sainsbury's supermarket chain. You couldn't make it up.