The strands of Google’s empire come together in Virtual Reality 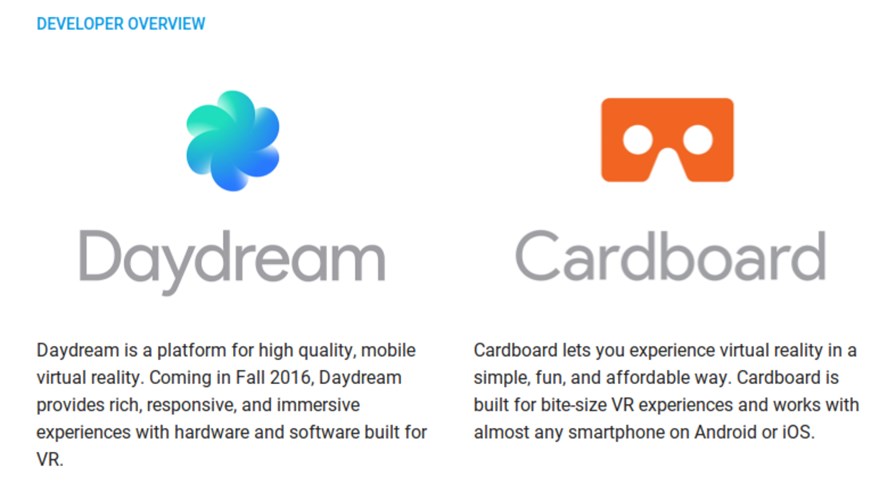 Google has laid out its 3D and virtual reality (VR) strategy at its I/O developer conference in California and, as expected, it’s putting the mobile phone front and centre - drafting in its other key property, Youtube, to act as the content platform and announcing a new ‘Daydream’ VR operating system designed to perform on a new generation of VR enabled phones.

It’s now clear just how important Google’s ‘Cardboard’ fold-it-yourself phone-holding helmet was to aid the Cookie Monster in getting its VR strategy clear, no doubt by watching and researching user experiences. So useful in fact, that it appears Google is now ready to boldly go straight to market.

That’s the plan, now it faces the execution task - orchestrating its partners to manufacture the phones and getting VR developers on-board to start generating the content.

Execution starts today with a website for developers and the spur is to have Daydream launched at what Google is calling ‘Android scale’ in the fall, which means there won’t be any dilly-dallying around with low capability, early version software and hardware. Instead Google is aiming at a full launch this year and that implies that its manufacturing partners are already hard at work readying the necessary hardware.

News that it would rely on a big, capable, tech-packed phone rather than, as many competitors including Facebook are doing, tie the VR headset to a powerful PC, must have been a big hurrah moment for many of its Android phone vendors who would otherwise be glumly facing yet another year of squeezed margins while trying to work out innovative ways to sell commoditised, undifferentiated smartphones.

Daydream certified phones (by Google) have to feature an array of high-quality sensors for head tracking, highly capable screens and screen drivers (to stop fast movement blurring) and no doubt a bunch of other upmarket requirements, like top-end processors.  Partners will also be selling  ‘ergonomic’ and ‘incredibly comfortable’ Daydream headsets and a hand-held motion controllers to go with their new Daydreamphones.

This time (Google has often gone for the slow burn in the past for its major initiatives) Google is setting itself goals, talking in developer ‘monetisation sessions’ of garnering hundreds of millions of users on Daydream devices within a couple of years. It says it wants top-notch VR experiences as well from its developers. Long-form, highly interactive and NOT designed to nickle and dime users by using freemium tricks that, it has rightly worked out (that Cardboard user research again), will turn users off.

But what about the Catch-22 problem - available phones  and headsets to put them in, but not enough compelling VR content to make it worthwhile buying what looks likely to be an expensive product at the early stage?

That’s where Youtube comes in. Google is at pains to promise that Youtube has been re-thought to optimise VR content.  According to Google’s vice-president of virtual reality, Clay Bavor, there will be voice search and discovery, along with spatial audio and improved VR video streaming along with Google Play movies. “You’ll also be able to watch every single standard video currently on YouTube, but in a very different way,” he told I/O attendees. There will even be a Daydream version of Google Street View and the ability to go inside your own photos.

It’s a compelling pitch - plenty of content already available to view in an enhanced, 3D and surround-sound way through the headset with who-knows-what and how many compelling Virtual Reality experiences on offer in the medium term. I’ll be buying.