Forget the sub-$100 smartphone, the $33 Firefox device is now on sale in India 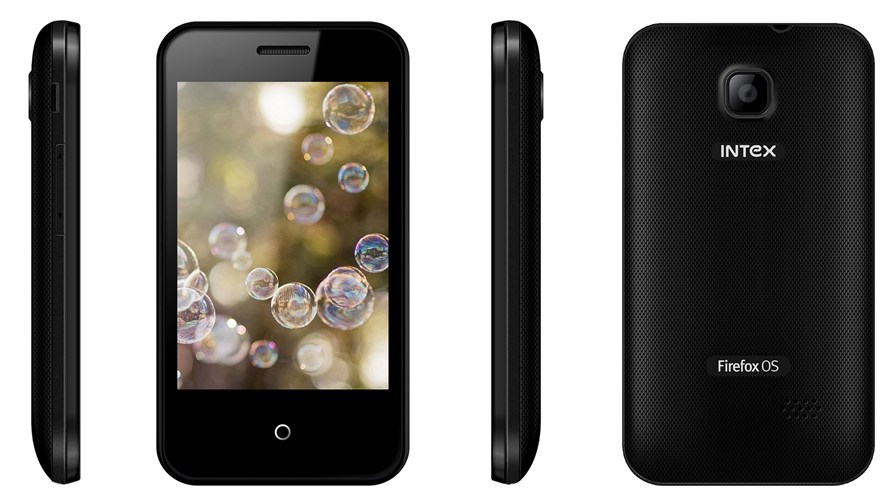 It wasn’t so long ago that the dream of a sub-$100 smartphone for the mass market in the developing world was regarded as fanciful thinking. Not anymore. In fact, to spend $100 seems positively profligate, thanks to the new Firefox OS mobile from local manufacturer Intex.

Intex Technologies yesterday released the Cloud FX, the first Firefox OS smartphone available in India, and which was first announced back in June. The device is available exclusively through India’s online retailer Snapdeal.com for just Rs 1999 ($33).

“The launch of Intex Cloud FX marks the beginning of a new era of the Indian smartphone market and Intex is proud to be the first Indian company to understand and deliver on market needs,” said Keshav Bansal, director of marketing at Intex Technologies. “With the launch of Cloud FX, we aim to enable the masses to get smartphone experience at the cost of a feature phone.”

The Cloud FX is powered by the open source Firefox OS and runs on a 1GHz processor. It comes with 128MB of memory, but is expandable up to 4GB. The 2G GSM device has dual-SIM capabilities, 3.5-inch screen, Bluetooth and Wi-Fi, and features a 2MP rear camera. Several languages are supported on the phone, including Hindi and Tamil. Aircel subscribers have been offered three months of 500MB of data at no extra cost as a launch incentive.

“The positive consumer feedback from other markets tells us that people like the unique user experience and openness we’re building with Firefox OS,” said Li Gong, president of Mozilla, the web company behind the Firefox browser and mobile OS. “With support from Intex, Firefox OS smartphones in the ultra-low-cost category will redefine the entry-level smartphone and create strong momentum in Asia.”

Kunal Bahl, co-founder and CEO of Snapdeal.com, added: “The launch of India’s first Firefox OS smartphone and at such a lucrative price point is very exciting, given the enablement it will provide to current feature phone users to upgrade to a high quality smart phone.”

Mind you, the $33 price tag is not as low as what Firefox promised back at the start of the year. Back in February at the Mobile World Congress, Mozilla announced that it had partnered with Spreadtrum to launch a $25 smartphone this year. Either it is proving more difficult to hit the $25 price-point than first thought, or else there’s more still to come from Mozilla and its Firefox OS partners.

But don’t for one moment think that Google is about to leave this lucrative market to Firefox. Coming soon (maybe as soon as next month) is the Android One device. It’s a reaction by Google to ensure it doesn’t cede ground in the ultra-low cost market. It has already courted numerous regional OEMs, and it wants to keep them onside.

Android One was announced in June at Google’s I/O developer conference. According to Google SVO Sundar Pichai, the first Android One devices could feature 4.5-inch screens, dual SIM and an SD card slot – pretty much what the Cloud FX is currently toting. It is expected to retail for $100, and whilst more expensive than the Firefox OS device, it will have the advantage of being part of the much larger Android app ecosystem.

Google has already announced that it is working with local mobile OEMs Micromax, Spice and Karbonn to develop new smartphones. It also wants to exert more control over the Android experience than it does in China, where it has been forced to allow Chinese OEMs to releases forked versions of Android that use their own app stores. It is expected that Android One devices will be devoid of much of the customised UIs of higher-priced models and have a selection of “preferred” local apps downloaded and kept up to date.

All of this is bad news for the larger Android OEMs, and in particular Samsung. The Korean firm currently has 29 per cent of the Indian market, according to Business Insider, yet no apparent strategy for the ultra low-cost sector. Its Tizen OS is enduring a tortuous time, as Samsung tries to make its Android alternative ready for mass market availability.

There’s also the emerging threat from Microsoft, which has decided to retain its low-cost devices. Its new Nokia 130 is not a smartphone, but at least manages to come in at the $25 mark, whereas its Lumia 530 is a Windows Phone smarphone that costs about $115.

Apple probably doesn’t mind too much. Yes, it is selling the iPhone 4 as a $245 entry-level smartphone, but it’s not about to enter a race for the bottom. It will most likely be encouraged by the availability of $33 handsets, hoping that in a few years it will capitalise on the aspirational and upgrade market. To survive as a low-cost disruptor, you need to be able to make and sustain profit margins – which is going to be a massive challenge for Intex.