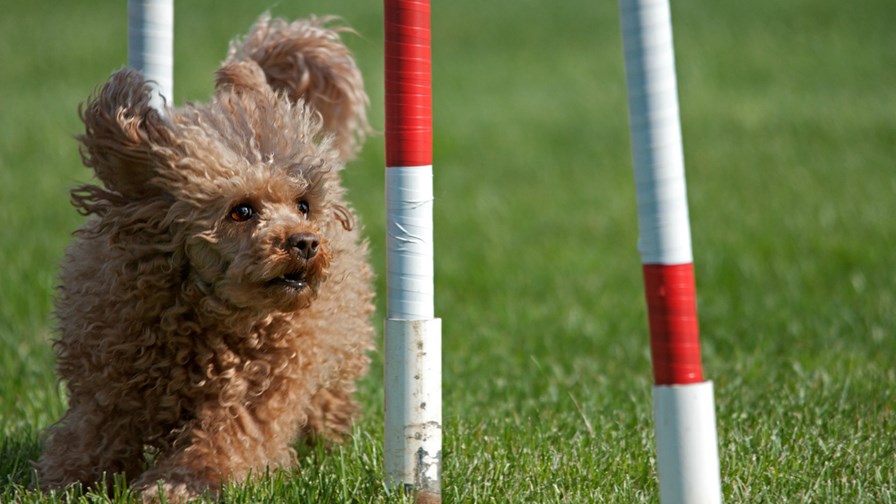 Over recent months SDN (Software Defined Networking) technology has perforce taken something of a back seat as NFV (Network Functions Virtualisation) has powered ahead and hogged the headlines. However, the two 'network of the future' technologies have some complex interdependencies as they develop and run alongside one another on parallel tracks that may, or may not, meet at infinity.

Thus, earlier this month the annual SDN/MPLS International Conference took placed in Washington DC where the subjects of SDN developments, SDN adoption and SDN business drivers took centre stage. Attendees at the event were again surveyed by Packet Design, the California-based network performance management software outfit that pioneered the network monitoring discipline of Route Analytics technology, and that research has just been published.

Interestingly, most respondents to the new survey were service providers (rather than manufacturers and vendors with a vested interest in keeping the SDN pot bubbling and boiling away) and thus the research provides a rather less hype-prone and more realistic assessment of the current state and status of SDN than it did last year.

In both the SDN and NFV worlds, operators, service providers and telcos, determined never again to find themselves locked-in to particular manufacturers and vendors, are, for once, in charge and driving the market. This is having a marked effect on how the technologies are developing, with the emphasis being on openness, interoperability and the emergence of quickly-reached flexible de facto standards rather than rigid and over-confining de jure standards that take an age to agree and implement.

So, what does the new work reveal about SDN? Well, in a nutshell, the availability and use of SDN networks is increasing - but so too are concerns about everything from the aforementioned standards through to ROI, business agility and how to design, implement and monetise new services.

In more detail then: 53 per cent of respondents to the survey said they have some production SDN deployed today in comparison with the 19 per cent recorded in 2013. Of that increased (53 per cent) number, 42 per report having at least a quarter of their networks now SDN-enabled. What's more, 11 percent of respondents reported having between 26 and 75 percent of their networks as production SDN.

The Number One SDN driver is agility. The number of survey respondents citing the “agility to respond faster to business demands” as pre-eminent amongst their concerns rose by 150 per cent (65 per cent this year as compared to 26 per cent in 2013).

Meanwhile, at Number Two is support for new services. Just under 60 per cent said the main business driver behind SDN is help provide new services such as cloud, big data applications, and mobility. This is compared to the 43 per cent recorded in 2013.

At Number Three is that perennial favourite, cost reduction. Some 42 per cent of respondents said this is their main reason behind opting for SDN, compared to 17 per cent in 2013. Meanwhile, improved network availability and performance was cited by 33 per cent, up from 14 per cent last year.

Further down the list come concerns about industry standards, the complexity of SDN and the perceived lack of relevant SDN management tools.

Worries about the a lack of industry standards stands currently at 56 per cent, eclipsing service provider concerns about the complexity of SDN by just three per cent. On first sight it seems odd that worry about standards has more than doubled from the 26 per cent recorded a year ago but it is believed that industry chatter and scuttlebutt, which, ironically, is at its most fevered and speculative at gatherings such as the DC conference where the Packet Design research was conducted, is the driving force behind this particular concern.

Elsewhere, “Inadequate management visibility and control” is of concern to 32 per cent of respondents, up from 21 per cent in 2013. Meanwhile those exercised by the “cost to implement” remained at 22 per cent, exactly the same as the result recorded in 2013.

Amongst those surveyed, the vast majority (94 per cent) stressed that more and better SDN management tools are urgently needed to ameliorate the complex management challenges presented by the technology. At the top of the list are new analytics and orchestration tools - requested by 94 per cent of respondents - while 92 per cent are worried that their existing (and expensive) network management tools won't work with SDN. A year ago those those percentages were, respectively 84 and 71, so concerns are mounting as SDN becomes ever more of a reality. That said, another research finding is that 60 per cent of respondents reckon they will need fewer management tools for SDN (up from 48 percent in 2013).

Furthermore, a mere 13 per cent believe network equipment vendors will be willing or able to provide all the SDN management tools they will need. Finally, but significantly, 70 per cent of those surveyed are of the opinion that their organisation, business and structures are insufficiently informed, adaptable and willing to take-on and manage SDN. Practical readiness for the brave new world lags a long way behind management perception and acceptance of the need for fundamental change. The intellect might be willing and the commercial imperatives pressing but, in far too many instances, the organisational psychology is in denial.

That is a major problem and sorting that out,  as Father Jack of Craggy Island is wont to point out in one of his rare sober moments, "will be an ecumenical matter."