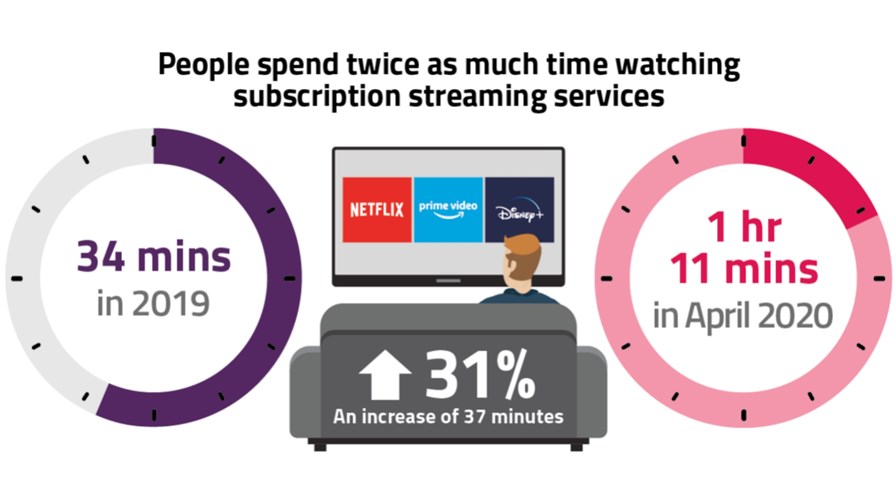 There's a louche, lay in the sun and ruminate on the last four months quality about today's telecoms tapas. We know about the bad bits and we're still looking for some silver linings in the hybrid clouds above - we haven't found any yet. Perhaps tomorrow.

How did you spend your lockdown?  NTT Data UK says it’s been shedding new light on UK consumer habits as they hunkered down to make the best they could of the lockdown. Many UK consumers couldn’t, in the words of the song, get no satisfaction from either their mobile or fixed broadband services so are now set on an upgrade. NTT Data also found that:

Intel and VMware today announced that they are to collaborate on an integrated software platform for virtualized radio access networks (RANs) for both LTE and future 5G networks. The companies say virtualization of the core network enables CoSPs to improve operational costs and bring services to market faster. Specific use cases and the full news release can be found on VMware’s website.

Secure in slices: There’s plenty of attention being given to the applications enabled and the vertical industry segments addressed by network slicing in 5G, but less about slicing’s generic security potential. Research undertaken by digital security and privacy specialist Avast and research partners from Germany’s Technical University of Dresden, and Karlsruhe Institute of Technology, has shown that ‘automated transparent microsegmentation’ can significantly reduce attack surfaces, and lateral attacker movement, both in 5G-based smart home IoT networks, and outside the home. The researchers have released a report explaining the approach which is available here.

In a shock disclosure the US National Security Agency has announced that smartphone location data can be hacked and become a threat to national security. Who'd have thought it?  Accordingly it has issued new "guidance" for military and intelligence personnel recommending that spooks and operatives of every stripe should be aware that wireless mobile networks and the apps and services they carry can be insecure. In  a classic example of closing the stable door after the horse has long gone to the knackers yard, the NSA suggest that users grant apps as few permissions as possible, limit mobile web browsing, adjust browser options to not allow the use of location data, and switch off settings that help track a missing phone. So that's the end of "Find my iPhone" for them then.