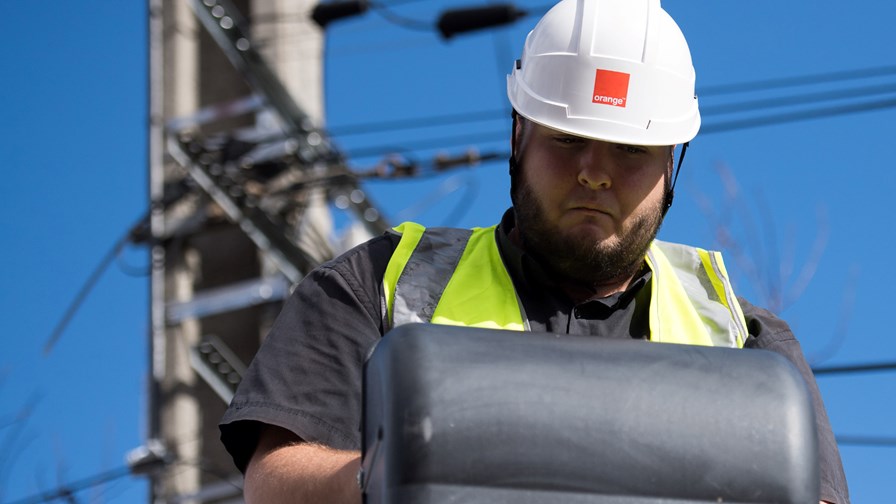 How do you reinvent the operator model? In an age where the world’s telcos are seeing their core connectivity services commoditising, with revenue per bit dropping through the floor and further cost cutting becoming increasingly difficult, there is an understandable attraction to enter new markets and offer new digital services. But how do you succeed with such a plan when you also have significant long-term investment tied up in connectivity? This is the dilemma facing Orange, which presented its European strategy in London yesterday.

Make no mistake, digital services provision is key to long term success for the European telco, and Orange has been moving towards becoming a DSP for some years now. Whilst it has made headlines with its bold move into the banking sector – launching its Orange Bank and related mobile-first financial services in a number of its territories – it has bigger ambitions. However, before it can fully expand into comprehensive smart home, security and even utility services across its European footprint, it first needs to get its infrastructure strategy right – and that means mobile and fibre convergence.

“Europe remains a substantial and dynamic region with growth prospects,” said Ramon Fernandez, Delegate CEO Finance, Performance and Europe at Orange. Speaking at the company’s Orange Engage 2025 event in London at the end of last week, he presented an outline of its new strategic ambition (first presented in Paris in late December). There are four pillars to its strategy – five if you include a brief nod towards sustainability (and we’ll call it a nod until we see more substantive details of what its green strategy actually entails). But in the meantime M. Fernandez and the Orange executive team counts them as four:

M. Fernandez was joined by the CEOs of Orange’s operations in Spain, Belgium and Romania, as well as by its COO for Europe as a whole (to cover the Poland, Slovakia and Moldova operations). One common theme was prevalent: the importance of fibre. Shared wholesale fibre is a key factor in Spain, with a target of 18.8m households passed by 2023. The turnaround in Poland’s operations was down to its convergence strategy and investments in fibre roll out. In Romania it is the backbone for sustainable growth. The roll out of fibre in Slovakia is ensuring it remains competitive with the incumbent in the fixed market. And so on.

Push on with mobile deployments and competitive services, but in parallel with fibre build, and only then can Orange truly benefit from its “Beyond Connectivity” and “Multiservice” ambitions, both of which were cited many times.

“Convergence was the right strategic choice, it’s now really having an impact,” said Ramon Fernandez. “We see this continuing at a rapid pace over next few years. We see this as the bedrock for us to offer new services, building on the customer relationships, brand quality… which is why we see potential in mobile financial services, home security etc… There’s also energy (services) in Poland.”

New RAN business models are also helping free the company to focus on DSP ambitions. Orange is looking to unlock value by creating new “tower companies” from this year, starting in France and Spain. The operator currently owns around 40,000 sites in Europe and plans to follow the global trend of releasing value through the TowerCo model. It has already started to outsource centralised European RAN maintenance and operation to third parties in all its territories except France and Poland. RAN sharing is also picking up momentum, with Orange a pioneer for this model in Europe, and it hopes to reap a €1 billion cost saving over a ten year period.

Mobile finance is a key differentiator for the operator. Orange is targeting five million Orange Bank customers in Europe by 2023, launching the service in all its European counties by 2025, leveraging the Spanish platform. It also plans to launch into Western Africa at some point in the future. It currently has a reported 500,000 customers and is looking to integrate financial services with its telco capabilities, such as in the financing of device sales, as it sees such synergies as being of critical importance. In Spain, the second country after France to get Orange Bank, it plans to extend its portfolio to offer consumer loans by May and, thanks to its retail phone shops, will have a physical bank network of 900 branches by the end of March.

Orange also plans an expansion of its smart home services and products, with an emphasis on security and trust. Enterprise services, ICT services for SMBs and of course the ubiquitous 5G test beds with industry partners are also in the new DSP service mix. But Orange is quick to identify that this will come to nothing unless it has the right internal culture, people and processes. It wants to leave the horrendous past legacy of France Telcom well behind and “become one of the most attractive employers” in the industry, as it fights across all it territories to attract and retain the brightest young people. It recognises that it must tackle the skills challenge and has pledged to invest €1.5 billion between 2020 and 2025 in a skills programme for all its employees.

If you want to be part of the debate on the evolution of CSPs to DSPs, then please join TelecomTV at our annual DSP Leaders World Forum in the UK this May. Full details will soon be available.