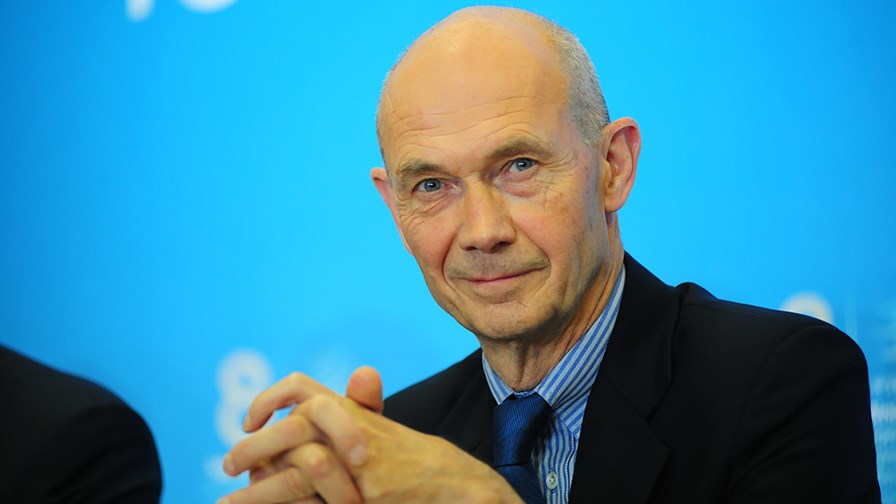 After six months of work, former commissioner Pascal Lamy has presented his report on the future use of the much-valued UHF spectrum to the European Commission. He recommends a ‘2020-2030-2025’ formula with the aim of enabling Europe to fulfil its Digital Agenda broadband targets in three steps, while giving broadcasting a clear path to invest and develop further.

He says the 700MHz band (694-790 MHz), which is currently used by terrestrial broadcasting networks and wireless microphones, should be dedicated to wireless broadband across Europe by 2020. By way of (limited) compensation, he wants regulatory security and stability for terrestrial broadcasters in the remaining UHF spectrum below 700MHz to be safeguarded until 2030. Finally, he wants a review to be held by 2025 to assess technology and market developments.

"For too long the broadband and broadcasting communities have been at loggerheads about the use of the UHF spectrum band,” said Lamy. “There have been many different views and perspectives. On the basis of discussions with the two sectors, I have put forward a single scheme that could provide a way forward for Europe to thrive in the digital century."

As part of the regulatory stability for broadcasters, Lamy wants the EU to reject any plans for primary allocation of mobile to the remaining 470-694MHz UHF band, which may be on the agenda for the next World Radiocommunication Conference (WRC) in 2015.

"Pascal's report lays down a path for creating capacity for fast wireless broadband everywhere and for ensuring a stable and predictable future for terrestrial broadcasting, while allowing those Member States that want to move forward more quickly to do so,” said EC vice president Neelie Kroes. “It would also ensure sustainable co-existence, as both sectors focus increasingly on advanced media services. This is essential to secure our changing digital future and hold our own in international negotiations."

The High Level Group (HLG) on UHF had earlier agreed on the continuing role of terrestrial television, as well as the need for more spectrum for mobile broadband. However, it was unable to reach a consensus on exactly when and how to repurpose the 700MHz band to wireless broadband. Therefore Lamy, as chairman of the HLG, authored this new report under his sole responsibility. It was based on six months of discussion with executives from Europe's broadcasters, operators, mobile companies and technology associations.

Lamy notes there is no immediate need for wireless broadband of the 700MHz band in Europe, hence the 2020 recommended transition date. However, Germany, Finland and Sweden have already decided to re-allocate 700MHz frequencies for wireless broadband, and others are seriously assessing the situation. Any unilateral action by one country would have consequences in border regions with neighbouring countries, something the EC is keen to avoid.

In the red corner, GSMA; in the blue corner, EBU

But in trying to please the broadcasters, M. Lamy may have forgotten that nothing appears to please the mobile industry’s trade association. Commenting on the report, Anne Bouverot, Director General of the GSMA, said that whilst her organisation “appreciates the European Commission’s efforts to address the future of this important spectrum” she wants individual countries to have the flexibility to move sooner, and not risk being left behind by progress in North America and Asia.

She wants the planned review to happen at least five years earlier, by 2020, and for the EC to support a co-primary allocation between broadcast and mobile services for the sub-700MHz band at WRC 2015 – in other words, the GSMA wants its members to be able to use the spectrum that Lamy recommends be safeguarded for broadcast.

“We respectfully ask the EC to adopt a long-term strategy for the sub-700MHz band that allows individual Member States to decide whether to keep traditional broadcast services in the spectrum or to provide more spectrum for mobile broadband,” said Ms. Bouverot.

Meanwhile, the broadcast sector isn’t too happy either. In July the European Broadcast Union EBU published a factsheet to counter claims that broadcast TV viewing is declining and that mobile operators will require access to UHF band spectrum to meet demand for future services.

Responding to M. Lamy’s report, the EBU welcomed the proposal to safeguard the lower spectrum, but expressed concerns about re-farming the 700MHz spectrum by 2020.

“There is a danger that this will not give broadcasters and viewers enough time to adapt to appropriate spectrum arrangements and ensure the necessary upgrade of DTT networks and consumer equipment, especially in countries where DTT is the main TV platform,” said Simon Fell, Head of Technology and Innovation at the EBU.

Unfortunately, this isn’t the only report on the future of UHF. The Commission is still expecting European Member States to deliver their own report by the end of the year (the Radio Spectrum Policy Group Opinion on the UHF band). The EC is also studying the prospects for network convergence between broadcasting and broadband. Then, of course, there will be the inevitable “public consultation” before the year is out.

All this means that the responsibility for actually implementing any of these proposals falls to the next elected Commission. Such is politics.