The dichotomy of mobile in the Middle East, laid bare by the GSMA 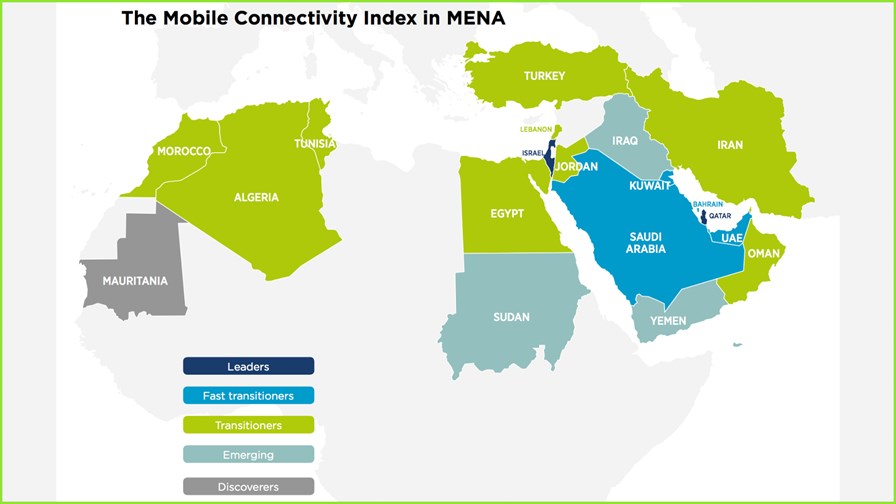 The GSMA cellular industry association has published a new report that investigates the mobile economy of the Middle East and North Africa (MENA). Taken at face value, it’s great news for the region, the region’s mobile operators and all their supporting infrastructure vendors. It claims the region will be amongst the first in the world to launch commercial 5G networks with more than 50 million 5G connections across the MENA region by 2025, with 5G networks covering approximately 30 per cent of the region’s population by that point.

“With rising mobile broadband adoption, growing subscriber numbers and increasing smartphone use, mobile is having an incredible impact across this diverse region, ushering in an era of innovative tech start-ups and new mobile services, as well as helping to connect the unconnected,” said Mats Granryd, Director General, GSMA.

However, simply investing billions of dollars in new 5G technology won’t address the fundamental underlying problem of the region – lack of service penetration. The report also shows that 3G and 4G networks account for about half of total mobile connections in the MENA region today and are forecast to increase to 70 per cent of the total by the end of the decade. That’s not very good, and the GSMA knows it.

“At the same time, we urge operators to continue investment in 4G networks,” continued Granryd, “to ensure future growth and encourage governments to set policies that promote technological, social and economic progress to create a society where all citizens can benefit from mobile technology.”

There were 365 million unique subscribers across the region at the end of 2016, accounting for 63 per cent of the population, and this is only set to increase to 65 per cent by 2020. Subscriber growth continues to trail the global average of 72 per cent. Yes, the more advanced markets and regions are approaching saturation, but the less developed markets face an ongoing challenge.

The GSMA report concludes that “there remains a digital divide remains in many parts of MENA, where there are still 350 million people without access to the mobile internet and challenges such as infrastructure, affordability, consumer readiness and the availability of locally relevant content.” This is despite mobile internet penetration having doubled across the region over the last six years, now reaching just under 40 per cent of the population.

However, the GSMA believes that with the right strategy and support, an additional 67 million people will be able to gain access to the mobile internet by the end of the decade. That still leaves just short of 300 million people (allowing for the inevitable population growth) without access by the time 5G arrives. Not that 5G will be of any immediate assistance to improving this result. The GSMA says it will be the already mobile-developed markets of the Gulf States that will be amongst the first in the world to launch commercial 5G networks, deployed first in dense urban areas as mobile operators look to offer increased performance.

Yet despite all the evidence of how much mobile contributes to employment and economic growth, and despite how much lobbying and support is given by the likes of the GSMA, ITU and Broadband Commission, the digital divide shows no signs of closing.