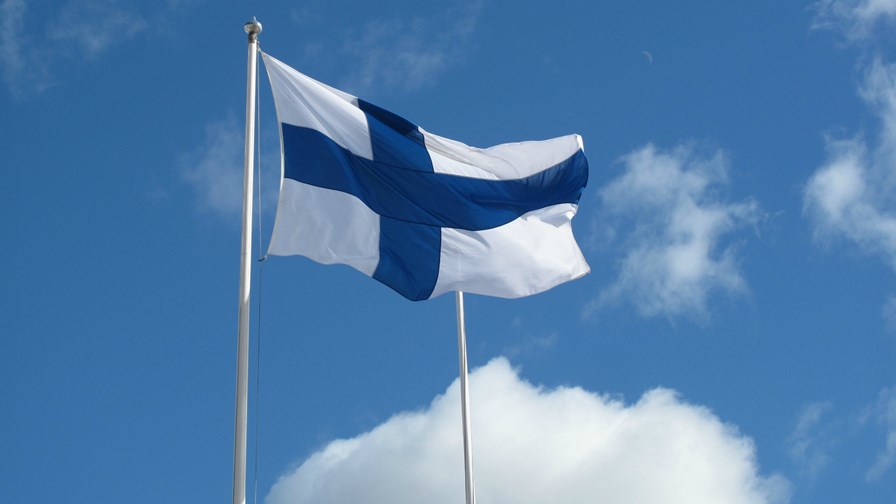 It’s been a while since we’ve had a good old barney over network consolidation in Europe and the likelihood is that Telenor’s move to buy Finnish telco, DNA, won’t give us one either.

Telenor is to buy a controlling interest - 54 per cent at €1.5 billion - in DNA for apparently solid business reasons. Once that transaction is completed - the shares are being purchased from DNA’s two largest shareholders - Telenor will trigger a mandatory public tender offer for the remaining outstanding shares. That, according to Reuters, would value DNA at around €2.78 billion.

The buyout doesn’t involve “in-country consolidation” to reduce competition. Rather Telenor, which has long-standing regional ambitions, says buying DNA gives it a strong position across fixed and mobile in Finland. It’s a market, it says, which is growing strongly and is widely considered to be one of the, if not the, most advanced in Europe.

According to Antonios Drossos of Finnish advisory firm Rewheel - which specialises in competition policy - there’s nothing major to object to in the deal from a competition law and conventional merger analysis perspective.

“Of course,” jokes Drossos, “every single time an incumbent buys a challenger, competition suffers, but that's probably a matter for the 22nd century competition policy.”

So no immediate concerns. 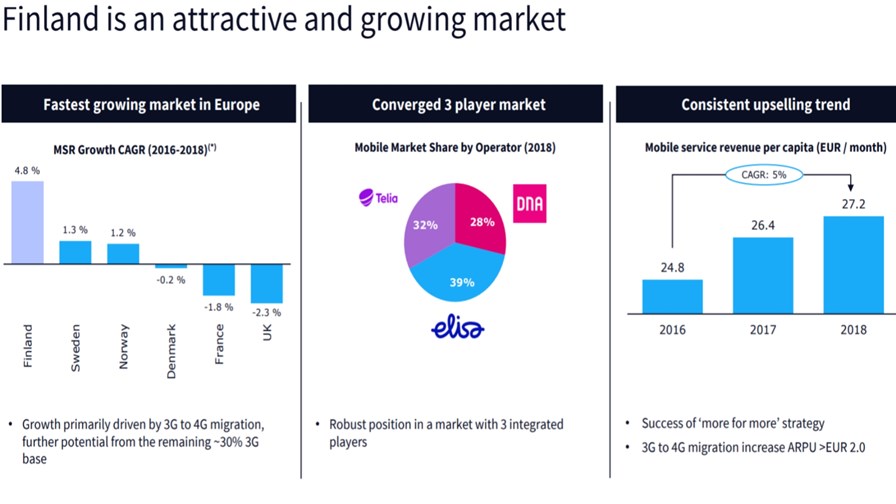 The Finnish market is small but almost perfectly formed. The three operators - Telia, Elisa and DNA - each have non-dominant market shares (32%, 39% and 28%, respectively) and DNA’s lower market share means it has headroom to grow.

Telenor is counting on it continuing to produce attractive products; upselling its customers to 4G; and strengthening its position in the business market where its parent can give it extra heft for things like procurement, roaming, and best practice sharing.

DNA has a tiny subscriber base by European standards - just 2.9 million - but its service revenues are actually growing strongly (unlike many others in Europe - see charts above) ballooning by around 9.3 per cent a year over the last three years.

Why? Here’s a few reasons why DNA is doing so well, according to Telenor:

Telenor says its intention is to keep DNA listed on the Nasdaq Helsinki exchange.