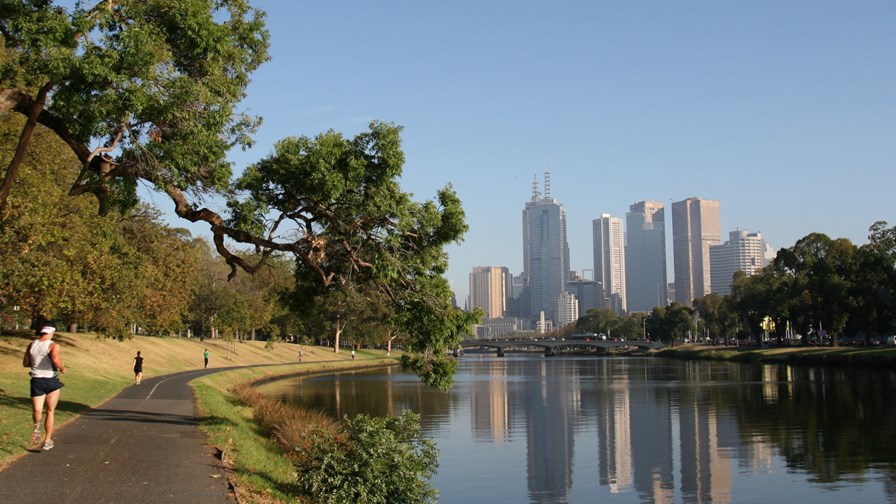 In this industry, we're always calling on telcos to transform themselves. To be innovative, to come up with new revenue streams from adjacent industries, to adopt a more forward-thinking approach to doing business...you get the picture.

But sometimes the picture is just too lurid for local authorities, as Telstra has discovered recently with city planners objecting to its plan to generate millions of dollars in non-traditional revenues by rolling out flashy new advertising billboards alongside its payphone network.

On Monday the City of Melbourne revealed that it has refused 81 applications by JCDecaux, Telstra's outdoor advertising partner, for planning permits to display commercial advertising on public phone booths in the city. Melbourne also said it will seek to force Telstra to apply for planning permission for its new larger phone booths, which feature digital screens in excess of 2.5 metres high and a metre wide and are capable of showing as many as four adverts per minute.

The decision was not wholly unexpected, the city having announced it November last year that it was looking at a number of options, including legal action, to prevent Telstra from rolling out new supersized electronic billboards attached to payphones; its deal with JCDecaux covered the installation of 120 such screens, 39 of which have already been given the green light.

"Advertising industry sources estimate that each Telstra super-sized electronic billboard earns about $8,000 in revenue per week! For 120 in prime locations throughout the city centre, that's millions of dollars per year going to Telstra with no rental costs or compensation for the imposition on our public spaces," said City of Melbourne Planning portfolio Chair Councillor Nicholas Reece, late last year.

Some very simple maths puts the revenue opportunity from those central Melbourne phone boxes at a whisker shy of A$50 million per year.

And Melbourne is not the only location to consider. JCDecaux renewed its outdoor advertising partnership with Telstra in late 2017 for a further 15 years. The new deal included plans for the installation of 1,800 new payphones with digital advertising screens over the course of two years in Sydney, Melbourne, Brisbane, Adelaide and Perth.

That's not an insignificant revenue stream for updating street furniture. In many ways, you have to admire their b___s. (That's "billboards," obviously.)

Telstra sought to use the existing telecoms law to its advantage, believing it would be able to upgrade and add public payphones almost at will. But the authorities saw through its plans.

"These structures are advertising billboards masquerading as payphones," Reece said in November, citing "complaints from the community" about them impeding pedestrians and negatively impacting on retailers.

Under current telecoms law, Telstra does not need planning approval for the installation of the phone booths, which are classed as telecommunications infrastructure, provided they are deemed to be low impact. However, it does need a planning permit to use those facilities for third-party commercial advertising.

In late 2016 the City of Melbourne granted permission for 39 newly-designed pay phone structures to carry electronic advertising, accepting Telstra's assertion that these fell within its parameters to be considered low impact.

However, it has since had cause to rethink, hence its move to block the next 81 installations. It highlighted in particular the size of the new phone booths, which are equipped with 75-inch LCD screens that are 60 per cent bigger than the previous static displays Telstra used on its phone booths. It is also questioning the number and proximity of new payphones.

"Twelve of these new super-sized advertising structures are being installed in Bourke Street - two of which are less than five metres apart!" Reece said, in November. "With nearly 90 per cent of Australians owning a mobile 'phone, it is impossible to comprehend that there is a need for this number of Telstra installations in the central city."

I can't comment on the topology of Melbourne's central business district, but it seems he has a point. Incumbents the world over for years sought respite from universal service obligations and similar that required them to maintain barely-used phone boxes, citing high mobile penetration, amongst other things.

According to Telstra and JCDecaux, the new payphones are not just about providing phone call facilities and access to Telstra's Air WiFi network, but would also be able to offer real-time public transport information, community polling opportunities, mobile phone charging stations, photo booths, interactive digital art, disability services and so on.

But the authorities remain unmoved by this display of public spiritedness.

In addition to rejecting JCDecaux's planning application, the city said it will apply to the Victorian Civil and Administrative Tribunal for an order to require Telstra to apply for planning permission for its new larger phone booths since they do not meet the low impact criteria.

The payphones project is not Telstra's only foray into billboard advertising. The company is using its mobile network and IoT capabilities to power taxi-based advertising too.

A year ago it partnered with Sydney-based start-up Cab Digital Media and launched TaxiLive, a digital billboard mounted on taxis that can be used for both public safety and traffic announcements as well as commercial advertising; the latter is customisable based on time of day and location.

It said it aimed to have 945 cabs fitted with the technology by November last year.

It added another taxi network to its portfolio in September, brokering a deal with recently-listed P2P Transport, which operates 2,600 vehicles, including Black & White Cabs in Queensland and Western Australia. Initially the companies said they would roll out 300 screens, with a further 600 to follow over three years.

"It’s getting more difficult for organisations to cut through the noise in the market today and P2P Transport's solution is a fantastic example of forward-thinking that capitalises on technology to create a smarter, more targeted way of reaching potential customers," said John Ieraci, Chief Customer Officer Australia at Telstra Enterprise.

Indeed. If only we pesky consumers were willing to sit down nicely and watch whatever advertising companies wanted to throw at us, life would be so much simpler. Instead, they are forced to clutter up pedestrian highways and drive billboards around city centres to get our attention. That creates an opportunity for telcos to use their assets for non-traditional businesses though, so it's good news for them, at least.