New IDC Forecast Expects the Internet of Things Spending in Asia/Pacific* to Reach USD 398.6 Billion by 2023 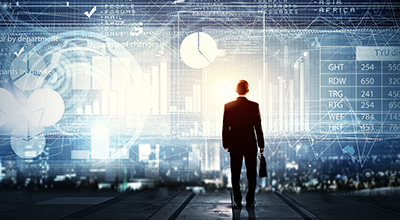 New IDC Forecast Expects the Internet of Things Spending in Asia/Pacific* to Reach USD 398.6 Billion by 2023

*SINGAPORE, July 16th ** , 2019 – The latest update of the IDC Worldwide Semiannual Internet of Things Spending Guide reveals that the Asia/Pacific region will be the global leader for Internet of Things (IoT) Spending in 2019 with around 35.7% of the WW spend, followed by United States of America and Western Europe with 27.3% and 21.2% of the WW IoT Spend in 2019 respectively. China is the top spender in the region with $168.6 Billion accounted for the year 2019 followed by South Korea and India with a spending of $26.2 Billion and $20.6 Billion in 2019 respectively.

IoT services is the largest technology group in 2019 with $94.6 billion going toward traditional IT and installation services as well as non-traditional device and operational services. Hardware spending is close behind at $91.6 billion led by more than $74.8 billion in module/sensor purchases. IoT software spending total $39.3 billion in 2019 and will see the fastest growth over the five-year forecast period (2018-23) with a CAGR of 14.4%. Services spending will also grow faster than overall IoT spending with a CAGR of 12.6%.

“In Asia/Pacific, there is considerable support and mandates from governments, such as PRC, South Korea, Taiwan, Hong Kong and Singapore, to promote the development of IoT across all major industries, particularly energy and resources, transportation, manufacturing, agriculture, government, healthcare, and retail. In PRC and Hong Kong, individual municipalities have embarked on Smart City zones oftentimes in cooperation with local universities and businesses,” says Ashutosh Bisht , Senior Research Manager at IDC Asia/Pacific. "Willingness towards the implementation of 5G infrastructure will help to accelerate IoT growth of applications that will benefit from low-latency and more bandwidth such as video-centric applications,” Bisht added.

The three commercial industries that will spend the most on IoT solutions throughout the forecast are Discrete Manufacturing, Process Manufacturing, and Utilities. Together, these three industries will account for nearly 40% of worldwide spend total in 2019. The primary IoT use case for the two manufacturing industries will be manufacturing operations and Production Asset Management while Utilities industry spending will largely go toward Smart Grid (Electricity). In Utilities, more than half of IoT spending will go toward smart grid(electricity), followed by smart grid(gas). The industries that will see the fastest compound annual growth rates (CAGR) over the five-year forecast period are Construction (15.0%), Telecommunication (14.2%) and Healthcare (13.6%).

The consumer market will be the third largest source of IoT spending in 2019, led by smart home and connected vehicle use cases. With the fastest five-year growth rate across all industries (17.8% CAGR), the consumer market is forecast to overtake Process manufacturing to become the second largest source of IoT spending by 2023.

“Spending on IoT deployments continues its good momentum across Asia Pacific (excluding Japan) region this year," says Hugh Ujhazy, Vice President for Internet of Things and Telecommunications at IDC Asia/Pacific. “While organizations are investing in hardware, software, and services to support their IoT initiatives, their next challenge is finding solutions that help them to manage, process, and analyze the data being generated from all these connected things."

The IDC Worldwide Semiannual Internet of Things Spending Guide forecasts IoT spending for 14 technologies across 20 vertical industries in nine regions and 53 countries through 100 use cases. Unlike any other research in the industry, this comprehensive spending guide was designed to help vendors clearly understand the industry-specific opportunity for IoT technologies today.

The IoT Readiness Index study offers a deep dive into countries in Asia/Pacific (excluding Japan) (APEJ) with respect to their preparedness for IoT solutions across different verticals. This index is a comprehensive combination of technical metrics (such as IT and IoT spends), economic criteria (gross domestic product, ease of doing business), and specific banking parameters (digital trust index, percentage of bankable population, percentage of digital and mobile payments, and so forth).