Intel will succeed in autonomous driving. I bet my career on it. 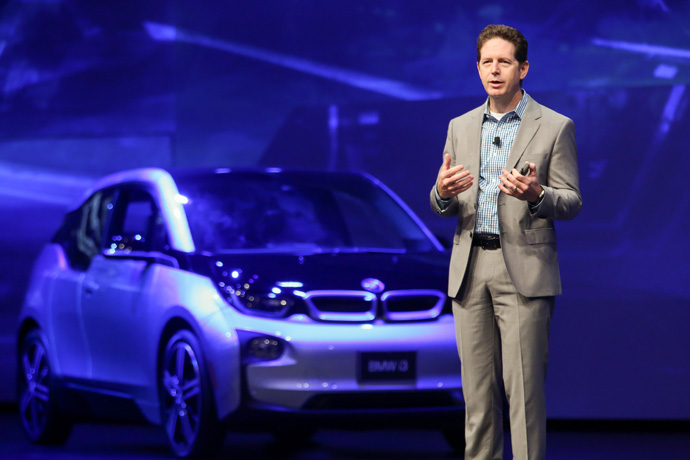 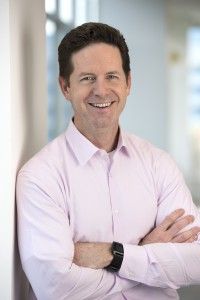 Every morning for more than 30 years, I have climbed out of bed to go work at Intel. But never in those 30 years have I been more excited to do so than I am right now leading Intel’s autonomous vehicle team.

Don’t get me wrong – I’ve had an absolutely wonderful career and have worked on some programs that have had a significant impact on the world around us. But the chance to solve one of the most complex technology challenges of our time, the opportunity to help the auto industry reinvent transportation, the potential to save a million lives every year – those things are unlike anything I’ve done before. They’re the reason I postponed my retirement.

I have unwavering confidence that Intel will succeed in autonomous driving. We have an astounding breadth and depth of experience and the world’s finest technology toolkit to apply to this challenge. We have tapped resources from across the company and have added experienced talent from the automotive industry. Our teams are operating in high gear and will deliver the necessary technology breakthroughs. Here’s why:

Intel technology is in hundreds of autonomous test vehicles on the roads today. Not all carmakers are talking about who is powering the brains in their test cars lest they give away secrets. But the fact is many of them are using Intel. I encourage you to open their trunks, boots or hatchbacks and see which tech company they are relying on the most to provide the brains for their development vehicles.

Today we are also showing off one of the first of approximately 40 highly automated driving (HAD) cars promised from BMW, Intel and Mobileye this year. It was less than a year ago that the three companies announced plans to bring highly and fully autonomous vehicles into series production by 2021 through the development of a common platform. We are now successfully demonstrating that platform and are preparing plans to bring it to market for other OEMs and tier-one suppliers to accelerate their programs. Stay tuned for more on that front.

Second: We are prepared for the data challenge

The single most important factor in autonomous driving is data – how best to process it, manage it, move it, store it, share it and learn from it. From PCs to data centers and everywhere in between, no company’s silicon has analyzed, computed and moved more data than Intel’s. As we move down the road toward autonomous cars, the data challenge will become much more complex and require new ways to work with data inside the vehicle, throughout the network and across the cloud.

To ensure we have the absolute right strategy to handle that data challenge, we’ve installed the first of several planned data centers dedicated to autonomous driving. These unique labs will be used for algorithm development and training, as well as for understanding the special infrastructure needs for autonomous driving data movement and storage. Researchers will continually feed information from Intel’s test cars into these data centers to train neural networks and improve machine learning algorithms. And, we’re busy building similar labs with customers and partners.

Which brings me to artificial intelligence (AI). Mastering AI both inside the car and in the data center will be essential to the autonomous driving data challenge. Here it’s important to remember that autonomous driving isn’t a game. When cars are thinking and acting without human intervention, they must be able to do so in a safe and trustworthy way. The artificial intelligence needed to make this happen isn’t just computer vision – think voice, decision-making, personalization and preferences. Each of those AI workloads needs a different set of algorithms and likely different kind of processing for optimum performance. If all we needed was a supercomputer to handle the autonomous driving data challenge, our work would be done.

Third: We’ve built big industries before and will do it again

I’ve said this before: Autonomous driving will accelerate when the industry comes together to align on common platforms and technologies. That enables developers to go quickly and in volume while still differentiating their solutions in software.

How do I know this? Let’s look at the PC and server industries as examples: Before 1980, the computer industry was highly proprietary, serving primarily researchers, big companies and hobbyists. This changed a few years later when IBM built the first personal computer using mostly off-the-shelf parts and an outsourced operating system. These early PCs were the base for a standardized approach to computer design that led to faster evolution of technology and 150x growth in two decades.

The data center is similar. After mainframes came microcomputers that enabled some flexibility and cost-effectiveness. But it was the adaptation of PC technology that allowed data centers to evolve quickly to handle the data that came with the internet. IDC reported there were 1.8 zettabytes of data generated in 2011, and the agency estimates we will generate over 40 zettabytes by 2020. Only through standardized solutions have we been able to grow the industry fast enough to keep up.

Which brings me back to autonomous cars. There are plenty of naysayers who think Intel’s experience in enabling rapid scaling cannot be replicated in autonomous driving. At the same time, there are plenty in the automotive industry who don’t understand how open collaboration can enable differentiation and innovation. I understand the skepticism, but from years of experience, I know that technology solves problems best when it’s organized around common platforms and predictable interfaces. Without a doubt, that’s the fastest way forward on our autonomous journey.

As a society, I don’t think we can afford to continue down a proprietary path. The cost in time, money and human lives is too great. The faster we can deliver autonomous driving technology and take humans out of the driver’s seat, the faster we can save lives. It’s that simple – and that important. And I am confident Intel will not only succeed in helping our partners put self-driving cars on the roads, we will do so in the fastest, smartest way possible.

Cellular IoT devices will create a connectivity conundrum for carriers

The After Show… with TelecomTV