October 25, 2017: Zain Saudi Arabia reported its third consecutive quarterly net profit for the period ending 30 September 2017 reflecting a significant turnaround in the company’s historical performance. Ongoing focus on customer acquisitions, further improvement in quality of service and network reach and performance, focus on growth of data services and prudent management of operational costs were all contributing factors to the positive performance generated by the company in Q3, 2017.

Revenues grew by 11% Year-on-Year in Q3 2017 reaching SAR 1,807 million compared with SAR 1,634 million in Q3 2016. When comparing Q3 2017 revenues to Q2 2017, there was a slight decrease of 3% attributable to seasonal factors including the lengthy school holiday and more expats leaving the country.

The company recorded a significant 29% increase in EBITDA in Q3 2017 to reach SAR 631 million up from SAR 488 million a year earlier, recording an EBITDA margin of 35%, up from 30% in Q3 2016. This improvement reflects the positive effects of management’s efforts in driving efficiencies and optimizing the company’s cost structure.

For the first time in its history, the company also announced its third sequential quarter of net profit, amounting to SAR 3 million in Q3, 2017, up substantially from a net loss of SAR 266 million in Q3, 2016. For the nine-month period of 2017, Zain KSA recorded net profit of SAR 57 million, up substantially from losses of SAR 844 million for the 2016 nine-month period. 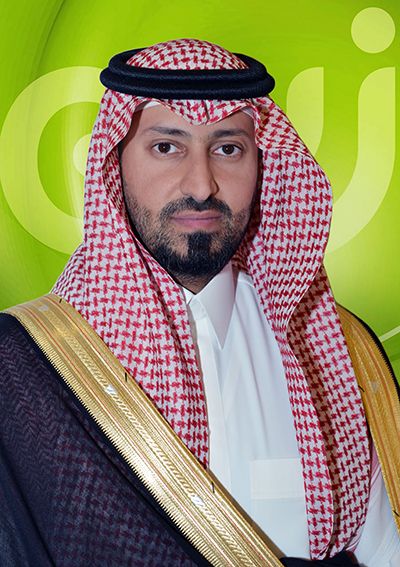 “The Board of Directors actively supports the company's transformation plan which has contributed to the 3rd consecutive positive results. The restructuring plan will go a long way in improving the financial performance, profitability and leverage ratios of the company.

He continued: “Zain Saudi Arabia is implementing a major expansion plan in its digital infrastructure capabilities to support the Kingdom’s 2030 vision, contributing to the socio-economic transformation to an economy based on development and digital diversity”. HH added "The Board is committed to supporting a strategy of growth in data services and delivering innovation and improved customer care whilst facing significant competitive and structural challenges in the telecommunications sector currently.”

The Chairman, HH Prince Naif said, “The Board of Directors are appreciative that such ongoing improvement in Zain’s performance reflects the efforts, dedication and leadership of the entire Zain Saudi Arabia team and the continuous support of Zain Group.”

”Zain’s performance reflects our focus on delivering wider choices to customers in terms of pre- and post-paid offers and better value without compromising quality of service. In addition to this the profitability of the Company will get a boost from the restructuring plan which will lead to reduce debt on the balance sheet and result in significant interest savings”.

Furthermore, Mr. Kaliaropoulos said, “We delivered improved trading performance driven by growing postpaid, mobile broadband and enterprise activities despite possibly the most challenging operating environment and competitive intensity in the industry ever in Saudi Arabia. We have more customers than previous quarters signing up for higher value plans. We have seen strong network performance and resilience against a backdrop of the highest ever data volumes that continue to increase driven by demand for media and streaming services. Our brand continues to receive improvements in consideration and perception and strong Net Promoter Score.”

The CEO commented, “We continue to expand our data services through the Universal Service Fund projects in remote areas and delivering new experiences to customers through data apps and content. The additional spectrum we acquired in the 1800 MHz frequency band and its deployment will have a significant impact on supporting the business of Zain Saudi Arabia and raising the quality of its services.”

“Our focus on productivity benefits and efficiencies also continue to deliver positive results as evidenced by the margins we are delivering and through the reductions in fixed costs.”

Kaliaropoulos added, “Our results to date this year reflect, for the first time in Zain Saudi Arabia’s history, a demonstrable and significant turnaround in our performance. Customer centricity, focus on consistent network quality and service, smart value packages, increased offerings and prudent management of costs have all led to such positive developments.

“It is gratifying for our customers and employees that Zain Saudi Arabia was recognized as the Best Telecommunications Deployment Company of the year in the Middle East by CPI Media Group recently. Such an award endorses our brand and quality of service. We will intensify our efforts to deliver sustained growth next quarter despite tough economic and competitive conditions,” concluded Mr. Kaliaropoulos.