Granahan McCourt Dublin acquired enet, Ireland’s open access network operator, in 2013 and AirSpeed Telecom, the leading provider of integrated licensed wireless with fibre services to businesses in Ireland, in 2014. The new strategic integration offers both companies access to a portfolio of complimentary assets and technology solutions, ensuring the delivery of a more complete product set to clients.

A Joint Operating Agreement (JOA) between enet and Airspeed has resulted in the integration of the two networks into a single national platform capable of delivering ubiquitous carrier class Gigabit connectivity. The JOA creates operational and commercial efficiencies that are beneficial to both businesses immediately. Under the terms of the agreement, enet will offer telecom solutions to wholesale customers of both companies. enet, which has focused on fibre connectivity solutions to wholesale-only customers, will supplement its offering to those customers with AirSpeed’s best in class microwave services. The operational management of both networks will be combined to create efficiencies and opportunities not previously available to either company. AirSpeed will continue to sell directly to their retail customers and will continue to trade at arms’ length with enet.

This deal plays to both businesses’ core competencies – enet will focus on the combined networks management and leverage their existing relationships with wholesale customers while AirSpeed Telecom will focus on growing and servicing their own retail arm.

“Both enet and AirSpeed Telecom are high growth operations that are well positioned and excellently managed. Both have a clear focus on delivering high quality telecommunications services to organisations in every city, town and county in Ireland. This strategic partnership between enet and AirSpeed Telecom offers the opportunity to re-approach the Irish market with a much stronger solution base for their client portfolio. Ireland is very much at the forefront of the digital revolution, well ahead of Europe and the rest of the world, and as a result, Ireland is very much a cornerstone of our investment strategy going forward. We own other telecom and media businesses in Europe and we hope to continue the trend of moving our assets into Ireland.”

“enet and AirSpeed Telecom have long been customers of one another so integration makes a lot of sense for both businesses. At enet we have existing relationships with all the major telecom carriers in Ireland and throughout Europe and this integration allows us to leverage those relationships even further by expanding our network and offering a wider product set.”

Timothy has over 30 years experience in the telecoms industry and has held executive roles in both Europe and North America. With a comprehensive background providing strategic, financial and operating leadership, he has worked with David McCourt, the founder of Granahan McCourt Capital alongside Walter Scott, for 25 years on a variety of projects in the technology, media and telecommunications industries. Tim has been responsible for the design, build and operations of a host of networks for a variety of companies including telecom giants RCN, Comcast and Rogers Communications.

Timothy says it’s a very exciting time to be joining AirSpeed Telecom, particularly now that the new joint operating agreement is in place with enet:

“AirSpeed Telecom is one of the most innovative telecommunications companies in Ireland. Continually evolving is essential to any company, but particularly a business operating in the fast moving telecommunications sector and AirSpeed Telecom is exceptional at this. We consistently deliver high levels of innovation, service and value for our customers and this has led to the continued growth and success of the operation. I’m very much looking forward to working with the extremely talented team at AirSpeed Telecom and growing the operation even further."

Granahan McCourt Capital, LLC is a private investment firm focused on the technology, media and telecommunications industries. Granahan McCourt purchased enet in 2013 and AirSpeed Telecom in 2014. For over 25 years, David C. McCourt, Chairman and CEO of Granahan McCourt Capital, has been an innovator, entrepreneur, and business leader across the technology, media and telecommunications industries. He has founded or bought 14 companies in 7 countries, and is widely recognised as a transformational force in the telecommunications business. In addition to receiving the ‘Entrepreneur of the Year’ award from Ernst and Young LLP and the Harvard Business School Club of New York, he received the 2014 Award for Outstanding Alumni Entrepreneur from Georgetown University. The Economist has described him as having "impeccable credentials as a telecom revolutionary".

Enet is Ireland’s largest wholesale only carrier with offices in Dublin and Limerick. The company provides world class connectivity solutions to every major Telecommunications provider. Carriers use the enet network for enterprise, residential and core network solutions that are transforming Ireland’s digital landscape. The company operates the second largest fibre network in Ireland incorporating 94 Metropolitan Area Networks, a unique dark fibre backhaul network transiting the entire rail and gas network amongst others and three proprietary metro network including an 85km MAN in Dublin.

enet holds the concession to manage, maintain and operate 2 phases of the Irish State’s Metropolitan Area Network (MAN) programme. The company is committed to the development of the regions in Ireland through encouraging the open delivery of affordable, state of the art broadband services. 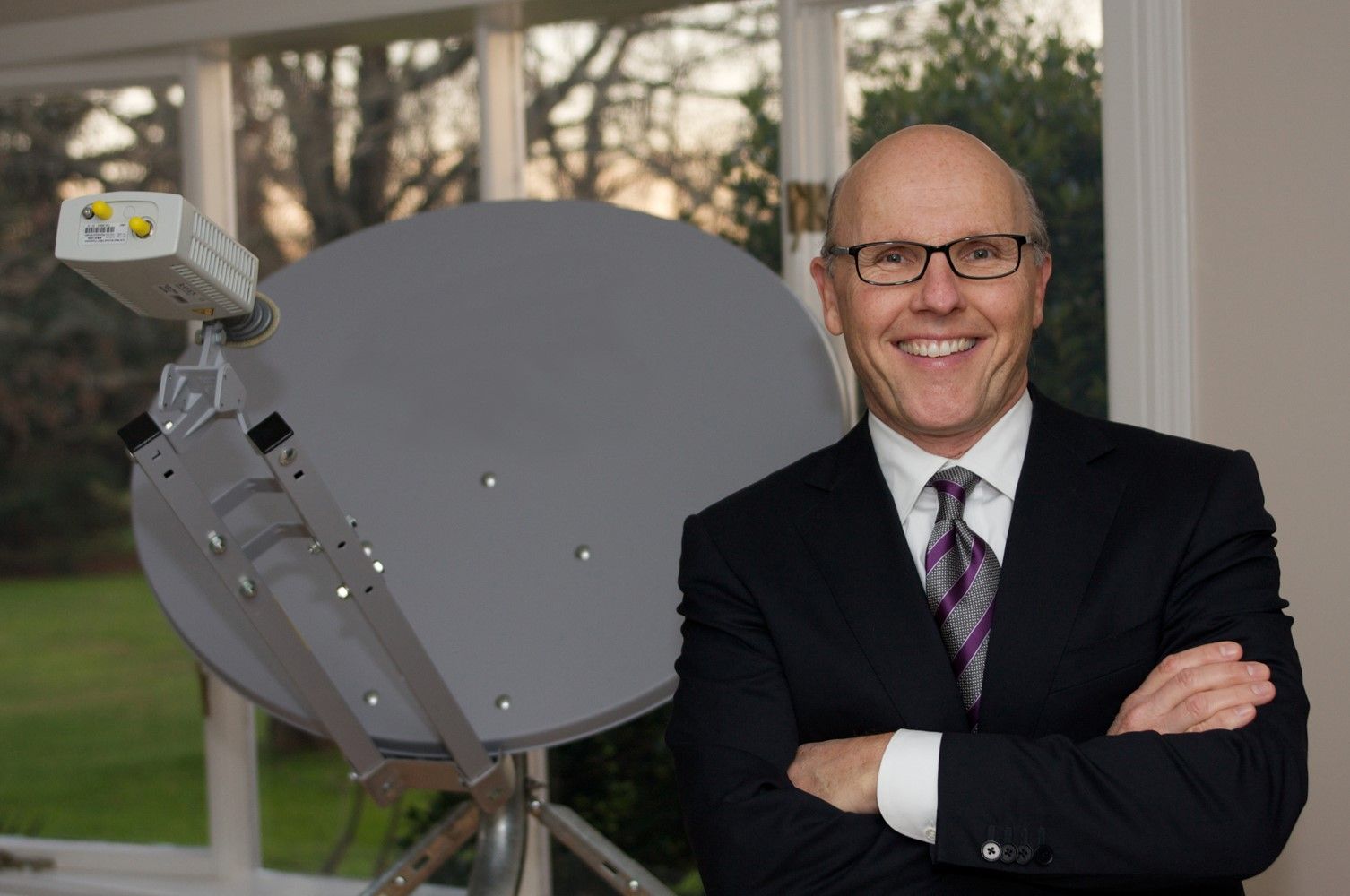