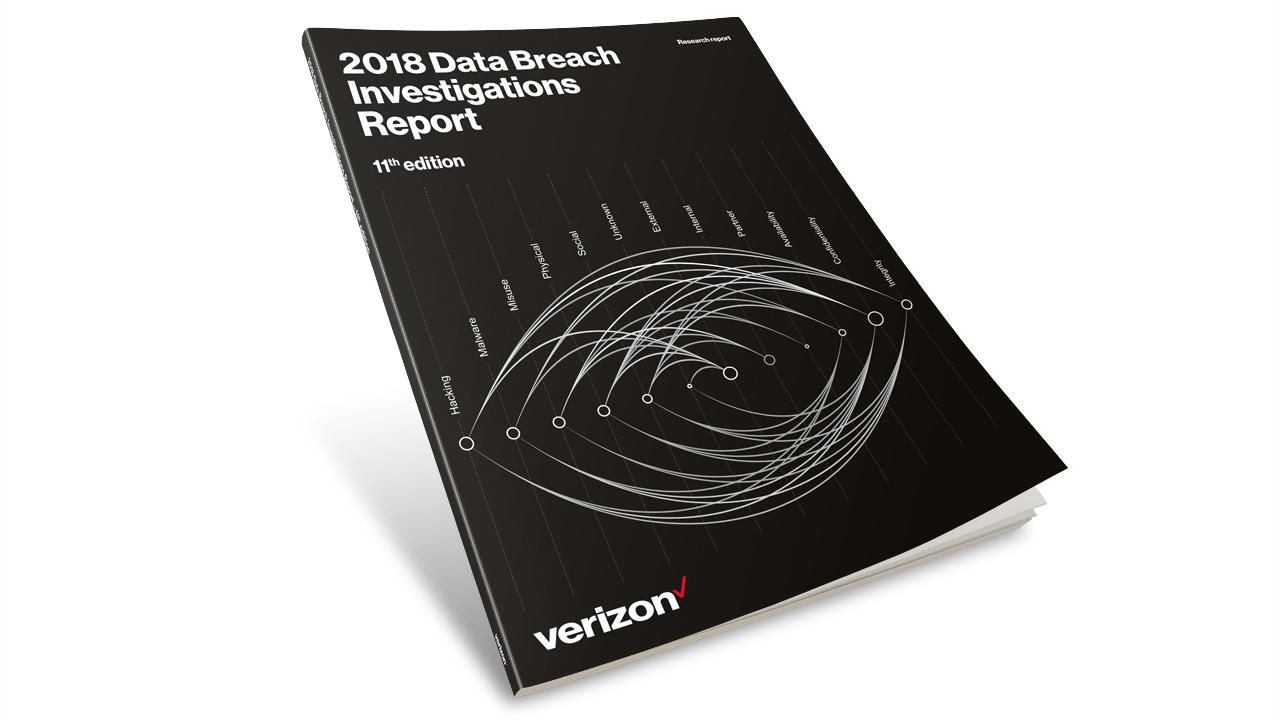 DBIR analysis also flags a shift in how social attacks, such as financial pretexting and phishing, are used. Attacks such as these, which continue to infiltrate organizations via employees, are now increasingly a departmental issue. Analysis shows that Human Resource (HR) departments across multiple verticals are now being targeted in a bid to extract employee wage and tax data, so criminals can commit tax fraud and divert tax rebates.

“Businesses find it difficult to keep abreast of the threat landscape, and continue to put themselves at risk by not adopting dynamic and proactive security strategies,” says George Fischer, president of Verizon Enterprise Solutions. “Verizon gives businesses data-driven, real-life views on the cyber-threat landscape, not only through the DBIR series but also via our comprehensive range of intelligent security solutions and services. This 11 th edition of the DBIR gives in-depth information and analysis on what’s really going on in cybercrime, helping organizations to make intelligent decisions on how best to protect themselves.”

The 11th edition of the DBIR continues to deliver comprehensive data-driven analysis of the cyber threat landscape. Major findings of the 2018 report include:

“Ransomware remains a significant threat for companies of all sizes,” says Bryan Sartin, executive director security professional services, Verizon. “It is now the most prevalent form of malware, and its use has increased significantly over recent years. What is interesting to us is that businesses are still not investing in appropriate security strategies to combat ransomware, meaning they end up with no option but to pay the ransom – the cybercriminal is the only winner here! As an industry, we have to help our customers take a more proactive approach to their security. Helping them to understand the threats they face is the first step to putting in place solutions to protect themselves.”

Sartin continued: “Companies also need to continue to invest in employee education about cybercrime and the detrimental effect a breach can have on brand, reputation and the bottom line. Employees should be a business’s first line of defense, rather than the weakest link in the security chain. Ongoing training and education programs are essential. It only takes one person to click on a phishing email to expose an entire organization.”

This year’s report highlights the biggest threats faced by individual industries, and also offers guidance on what companies can do to mitigate against these risks. Key industry findings include:

Other industries examined within the report include accommodation and food services; professional, technical and scientific services; and manufacturing and retail.

The time to act is NOW

Sixty-eight percent of breaches took months or longer to discover, even though 87 percent of the breaches examined had data compromised within minutes or less of the attack taking place. While safety cannot be guaranteed, proactive steps can be taken to help keep organizations from being victims. These are:

Still the most authoritative data-driven cybersecurity report around

Now in its 11th year, the Verizon 2018 Data Breach Investigations Report leverages collective data from 67 organizations across the world. This year’s report includes analysis on 53,000 incidents and 2,216 breaches from 65 countries. The DBIR series continues to be one of the most data-driven security publications on the globe, combining data from multiple sources towards a common goal – slicing through the fear, uncertainty and doubt around cybercrime.