Comoros Telecom and Mayotte based carrier STOI, signed the construction contract with Huawei Marine in January 2016 to provide connectivity between Grande Comore, Anjouan, and Mayotte in the Comoros islands. The Comoros Islands, located on the eastern coast of Africa, comprises the four islands of Grande Comore, Mohéli, Anjouan and Mayotte. The new 260km submarine cable infrastructure project will connect two locations on Grande Comore, to Anjouan to Mayotte. 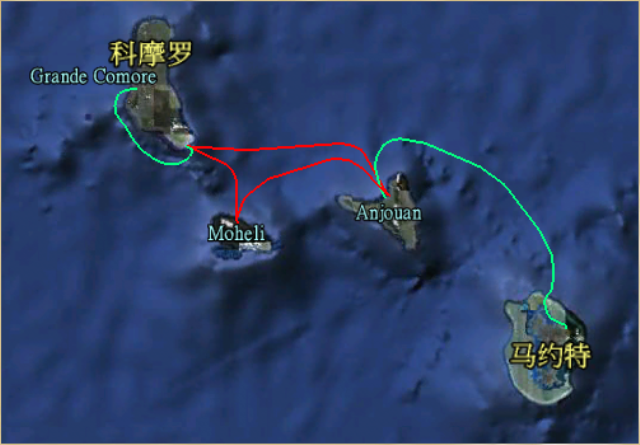 “Historically, microwave technology has carried the majority of inter-island capacity, but due to its low speed and limited capacity this is no longer sufficient to support our growing economy. This new high-speed, large-capacity submarine system will complement our existing infrastructure investment, to drive local economic development and provide our businesses and residents with an improved end-user experience”.

“With the rapid development of the Comoros telecommunications market, data and voice communication will significantly increase, and thus requires a better transmission network to support the network operation. The Avassa submarine cable system will meet the next 10 to 15 years of business demands for Comoros Telecom and is upgradable to 100G and 400G, which will maximize our customers return on investment.”