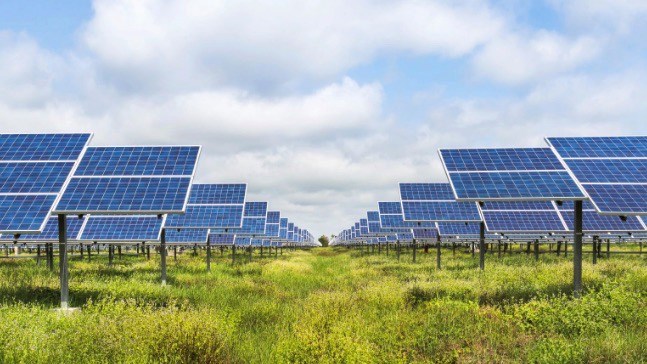 Vodafone UK has boosted its sustainability credentials by signing a 10-year deal to receive power generated from three solar farms across the country. Through the agreement, it said it will purchase “a significant proportion of the electricity output from the solar farms, securing their development and bringing additional renewable power provision to the UK grid”. The deal has been sealed with Centrica as the power supplier and Mytilineos’ Renewables & Storage Development Business Unit as the generator. Energy generation is expected to start by the year-end. When added to the power already coming from two wind farms, the operator’s renewable energy sources will soon  account for more than 20% of Vodafone UK’s annual energy needs. Read more here.

In addition, yesterday, Vodafone announced the launch of its 'Edge Innovation Programme 2.0' in the UK, which aims to attract business customers and partners into jointly creating new and “futuristic” services and applications based on multi-access edge computing (MEC) technology. The scheme will use dedicated and distributed MEC technologies, alongside mixed reality (MR) and visual inspection software capabilities. Vodafone explained the second edition of the initiative welcomes companies of any size and industry which, if participating, will be in for a treat in the form of further discounts on other services following conducting trials. Vodafone began offering distributed MEC to UK enterprises in July 2021 and its partners include driverless vehicles company Aurrigo, developer of mobile and video technologies InterDigital, and sports data company Sportable. The operator claims the technology, alongside its 5G network, can “make the seemingly impossible a reality by almost eradicating the response time of apps, smart devices and cloud services”.

SK Telecom hit 1.35 million monthly active users for its ifland metaverse platform in March this year, the South Korean operator noted in its first quarter earnings report: That's up by 250,000 from the end of December last year, when the monthly active user number was 1.1 million. Ifland is “on track to accelerate growth by developing new opportunities in the overseas markets through cooperation with global telecommunications companies,” SK Telecom noted, seemingly referring to the metaverse collaboration it has agreed with Deutsche Telekom. For more on SK Telecom’s first quarter results, see this announcement.

Data centre company Switch has unveiled an agreement with infrastructure investment firms DigitalBridge and IFM to be acquired for $11 billion. Following the transaction, which is expected to close in the second half of this year, Switch will be taken private and delisted. The news sent Switch’s share price up by almost 10% to $33.76. Rob Roy, the marvellously-named founder and CEO of Switch, explained the move is “an important step towards our long-term vision for the growth and evolution of our company” and expressed confidence the company will be “ideally positioned” to meet the strong demand for data centre infrastructure. He added that the company plans to build additional capacity of more than 11 million square feet until 2030 within its five campuses in the US. DigitalBridge’s CEO, Marc Ganzi, said that the company was “the ideal partner” to scale Switch’s business not only in the US but also on a global scale. The move doesn’t come as a surprise as DigitalBridge has recently been on a strong digital assets buying spree. And, as data traffic soars globally, so does the need for data centre services. (See How many hyperscale data centres does the world need? Hundreds more, it seems.)

Wireless communications company Federated Wireless announced what it claims is a “first-of-a-kind implementation” of a private wireless network aimed at automating tasks and provide connectivity between the fleet of a winery in the US State of California. The network was deployed “in less than three days”, covering an area of 2.1 square miles, and leveraged solutions by Intel for the connection of autonomous tractors, sensors and other data points. The collaborative effort also included participation from Blue White Robotics, a Robots as a service (RaaS) provider. Federated Wireless stated the network deployment can “greatly” reduce the barriers for farmers to adopt automation which is deemed helpful in terms of bringing about improved business outcomes and addressing labour shortages. The company’s Chief Commercial Officer, Christopher Swan, explained that the collaborators have made automation and edge innovation possible with “private wireless that’s built on the cost-effective CBRS shared spectrum”. You can read more about the deployment here.

Might Three UK have to change its name? The operator, which ‘launched’ the UK’s first 3G service on 03/03/03, has announced it will be sunsetting the network and service that gave it its name. “Three UK has announced that the UK’s first 3G network will be switched off at the end of 2024, as the network’s investments in 4G and 5G gather pace,” the operator noted today. It didn’t mention any plans to update its brand… Read more.

IBM-owned Red Hat has made a broad range of product announcements during the opening day of its Red Hat Summit, including zero touch provisioning for Red Hat OpenShift 4.0 that helps to make “repeatable, automated edge provisioning easier.” The vendor says equipment manufacturers “can pre-load a relocatable Red Hat OpenShift cluster on their preferred hardware, which customers can then receive as a fully operational, pre-installed OpenShift cluster. Customers can use this pre-configured Red Hat OpenShift to more quickly deliver radio access networks (RAN) for next-generation mobile networks, error detection for manufacturing facilities, and other edge computing applications in nearly any distributed location.” Read more.

BT’s mobile division EE says it has become the first UK mobile operator to cover more than 50% of the British population with a 5G service. Read more.