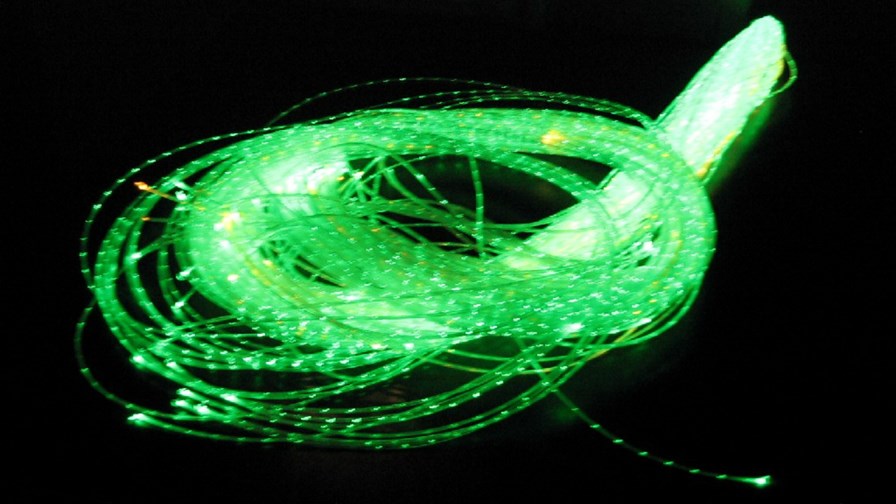 Nitto Denko? Know it? No, thought not. Many people in Europe, including telecoms journalists, will ever have heard of this Japanese company, which is surprising given it's size, history and range of technology products covering sectors such as electronics, transportation, the environment, life sciences and robotics. The fact is that Nikko, which was founded 99 years ago, is a thriving company with a market capitalisation of US$12.5 billion and 27,000 employees.

However, for a long time it  has been hiding it's light under a bushel as far as the West is concerned but is now making a concerted effort to make a major impact in Europe in the new large capacity plastic optical cables arena.

Part of that effort was a recent European road-show headed-up by Hideo Takasaki, the president, CEO and COO of the corporation. He says that Nitto will make a "very positive contribution to optical cable technology by developing and mass-producing transmission cables that enable high-speed, large-capacity communications to meet demand in the age of high-definition resolutions of 8K and above".

Typically, POFs are manufactured using extrusion while 'pulling' mechanisms are used for the production of traditional glass fibre. POF is heat-resistant, high-speed, low noise (POF is resistant to electro-magnetic interference which permits a greater clarity of transmitted image), flexible, robust, almost immune to the effects of vibration - and it is cheap. It also more than 10 times lighter in weight than glass optical fibre.

Plastic optical fibre is of particular utility in the area of consumer devices, not least because the fibres themselves and their associated optical links, connectors are very inexpensive in comparison to traditional glass fibre. That said, as usual it's a matter of horses for courses. Glass fibre remains the technology of choice for long- distance, high-speed data transmission while POF is mostly used used for short-distance applications of around 50 metres to 100 metres (and 150 metres at the very most) and in limited space, that makes it ideal for 'smart home' appliances, home networks, data centres, industrial networks, the aviation sector, IoT and for vehicles. The naturally high resistance of POFs also makes them ideal for use in remote sensing and multiplexing.

Speaking in London with TelecomTV, Hideo Takasaki said, "At present, wireless, electrical, and optical are the main modes of information transmission but with the arrival of the age of high-speed, large-capacity communications around 2020, the need for optical transmission, which is able to handle larger loads of information, will expand. Nitto is determined to contribute to the next generation by developing plastic optical cables using new materials. To this end, we aim to begin mass production in fiscal 2019 while extensively drawing on the store of extrusion technology related to optical film that we have accumulated so far and accessing a wide range of industries".

Nitto Denko has concluded a joint POF research and development agreement with Keio University of central Tokyo and has established the “Nitto X Keio University Optical Cable Joint Research Centre” on the campus of the the Keio Photonics Research Institute.

Preparations for the mass production of POF are under way and the new technology will be available for commercial sale in 2019. Annual sales are forecast to be €230 million per annum and rising by 2023 and Nitto estimates that Europe will account for close to a third of the market.

Also speaking with TelecomTV in London, Toshiyuki Umehara, Nitto's CTO, said that the world will see the benefits of POF in practice at the 2020 Tokyo Olympic Games where the company's technologies and products will be widely deployed. He added, "We will be using out plastic optical fibre to transmit 8K television signals carrying high information loads througha single cable without compression." That should be worth seeing.