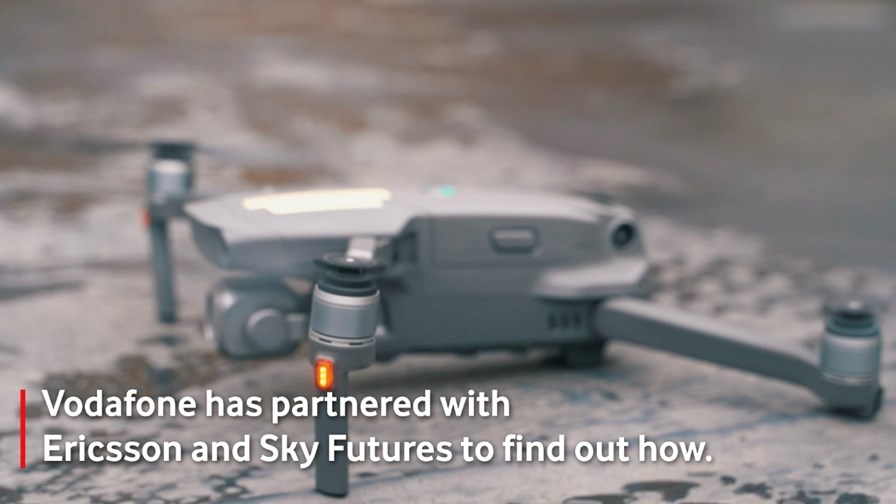 Drones being put to good use by Ericsson and Vodafone in the UK, growth in the satellite broadband market and a Carpathian calamity for Huawei are at the front of this Friday news queue.

Ericsson and Vodafone UK are collaborating in a trial using drones and Lidar-based high-definition laser-scanning camera technology to build digital models of mobile telecoms sites. The ultra-accurate virtual models will be analysed by radio scientists, engineers and network design teams to accelerate planning and site upgrades as well as reducing the incidence of truck roles, thus reducing both opex and an operator's carbon footprint. The drones, provided by Sky-Futures, and cameras will be deployed both in rural and remote areas as well as densely populated city centres where conventional access methods would cause disruption to trade and traffic. Initially, some 70 mobile network sites will be upgraded using the new system and technologies. In Phase 2, entirely new infrastructure will be planned by the same means. The drone imagery provides evidence of and insights on site suitability and incredibly accurate line-of-sight measurements at different heights to build a fully-detailed virtual site that can be tweaked and optimised before the physical site is actually constructed. The professional-grade drone-mounted cameras are on a DJI Mavic Pro 2 UAV, which is a small but powerful platform that is easy to control and manoeuvre. The Lidar is a based on a Leica BLK360 laser-scanning camera that captures 360,000 laser points every second to create a high-definition 3D digital twin model of the site. It also captures panoramic images of an entire physical area to enable telecoms engineers and planners to visit any virtual site at any time, from any location anywhere in the world.​

While there’s a lot of focus in the industry around the mobile (and fixed wireless access) broadband capabilities of 5G and the ongoing investments in fibre-to-the-home/building networks, there’s also increasing activity in the satellite broadband market, driven by investments and bullish statements from the likes of Elon Musk’s SpaceX, which has just raised further funds (an additional $314 million) to shore up its Starship launch system (which ultimately plans to take people and cargo to the moon and Mars) and its Starlink low-earth orbit (LEO) satellite constellation. Starlink is getting close to having enough satellites in orbit to provide near global broadband service coverage: It has about 1,350 satellites in orbit already and, ultimately, plans to have more than 4,400 ‘birds’ in orbit. Starlink is just one of the LEO satellite broadband companies expected to attract customers during the next few years and boost the value of the market: ABI Research expects the number of satellite broadband users to grow from 3.5 million this year to 5.2 million in 2026, by which time the satellite broadband services market is expected to be worth $4.1 billion per year. And, of course, it’s not just the LEO constellations that are filling in the service gaps that the terrestrial operators struggle to reach: The geostationary satellites, that orbit at a higher altitude, will also play a role, with up-and-coming Astranis a prime example. For more on ABI Research’s findings, see this announcement.

Romania’s government has approved a bill that excludes Huawei and any other Chinese vendors from providing technology for the country’s 5G networks, reports Reuters.

In an apparent effort to gain greater international scale, Australian national operator Telstra reportedly held talks with a private equity firm about combining its international assets with Hong Kong telco PCCW, according to the Brisbane Times. Telstra announced in late March that as part of the restructuring process associated with its T22 strategy, it would form a new subsidiary called Telstra International.

Saudi operator Mobily has been testing out mmWave tech from Nokia in its live 5G network in Riyadh. Read more.

About 28 years after it first launched a GSM service, Swisscom has retired its 2G networks. Read more.

Do you fancy owning an iconic, bright red, Gilbert Scott-designed British telephone box? If so, get in line. BT has declared six of the classic kiosks in the largely rural county of Dorset in the south-west of England to be redundant and is putting them up for sale at the peppercorn-price of just one pound Sterling. Demand is expected to be very high despite the fact that buyers will be responsible for the considerable costs of transportation of the booths to their ultimate destinations and re-erecting them in their new homes. BT has a legally-enforceable Universal Service Obligation to provide telecoms access in remote rural areas, but times have changed and more and more phone boxes have fallen into disuse. BT has pointed out that the mobile phone network now covers 98.5 per cent of the UK and that, as a result, the number of people using the booths for their original purpose have fallen by between 90 per cent and 99 per cent in recent years: Of the six boxes for sale in west Dorset, two have had no legitimate usage for more than a year. Illegitimate usage is, of course, an entirely different matter. It is now commonplace in parts of cities, towns and villages across the UK to see the famous red kiosks repurposed as libraries, miniature museums, seed banks, coffee stalls (very common), repositories of tourist information, handy pavement access to heart defibrillation equipment and, on the coasts and in riverside locations, life jackets and floatation aids. BT and local authorities flog off old phone booths every now and again, but incidence of such sales have dwindled to the point that they are now something of a rarity. There is one bright spot. The trendies who years ago bought and adapted phone boxes to poolside or bathroom showers or who turned them into kitchen fridges did at least pay well over the odds for them. Now these dedicated followers of fashion and their offspring (little Hector, Tarquin, Charmaine and Lorelei) are getting tree houses made with the engine casings of retired jumbo jets. They are properly expensive and the neighbours are just sooo envious.​..