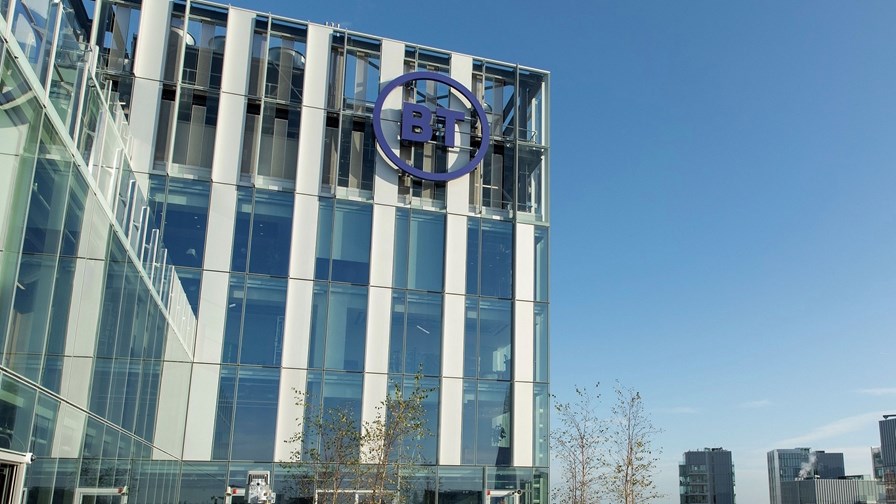 In today’s industry news roundup: Reports suggest BT might merge its Global Services and Enterprise divisions to help cut costs; the value of the global semiconductor sector is on the slide, report research firms; crucial decisions are set to be made this week about the future of Telecom Italia (TIM); and more!

A weekend report by The Daily Telegraph newspaper suggests BT could be planning to merge two of its divisions, Global Services and Enterprise, as it seeks to save an extra £500m a year by the end of the 2025 financial year, which ends in March 2025. The two divisions are both currently struggling for revenue growth and both reported a year-on-year decline in sales for the first half of the current financial year, with Global Services revenues dipping by 2% to £1.6bn for the six months to the end of September, while Enterprise (which serves business customers in the UK) reported a 5% dip to £2.44bn. During the same period, BT’s Consumer and Openreach divisions reported a year-on-year increase in sales. Global Services has been struggling to get on an even keel for several years, while Enterprise is undergoing a revamp of its operations and service focus under Rob Shuter, who took over as head of the division last year – see BT presses reset on its Enterprise pitch.

The global chip market’s struggles look set to continue well into 2023. According to Gartner’s latest forecast, semiconductor revenue worldwide will drop by 3.6% year on year in 2023 to $596bn from an expected $618bn this year: Previously, the Gartner team had predicted a slight rise year in year in 2023 to $623bn. According to Richard Gordon, practice vice president at Gartner, the expected decline is due to rapid “deterioration in the global economy and weakening consumer demand”. Gartner’s findings highlight weakened consumer-driven markets due to less disposable income on account of rising inflation and customers’ tendency to shift spending towards travel and entertainment at the expense of technology purchases. That said, the enterprise area is showing relative resilience, including in markets such as enterprise networking, enterprise compute, industrial, medical and commercial transportation. In addition, global memory market revenue is expected to drop by 16.2% year on year due to “faltering demand, swollen inventories and customers pressing for considerably lower prices”. Gordon added: “While the deterioration in the macroeconomic environment will weaken consumer demand, we expect relatively better semiconductor consumption from business investments. Consequently, markets such as industrial, telecom infrastructure and datacentre will be less impacted by consumer sentiment and spending in the short term.” Gartner’s forecast is yet another observation in the ongoing trend in the semiconductor market and comes just after Omdia estimated that global revenue in the third quarter of 2022 was down 7% compared to the second quarter. The market recorded its first quarter-on-quarter decline in two years in the opening quarter of 2022 – see The chips are down, but still very hot.

It’s nearly crunch time for Telecom Italia (TIM), it seems, as various deadlines and meetings loom that are likely to have a significant impact on the Italian national operator’s future structure and ownership. While the deal that would combine TIM’s fixed access unit, FiberCop, with rival fibre-to-the-premises (FTTP) player Open Fiber is still in play, with a potential move by Italian state lender CDP to seal the deal possible this week, the country’s new prime minister, Giorgia Meloni, has handed responsibility for Italy’s broadband strategy to her close ally and cabinet undersecretary Alessio Butti, who has been proposing a project dubbed Minerva that would result in the state ownership of the whole of TIM (aka renationalisation) followed by the sale of its various operations, Reuters has reported. Government representatives are due to meet union leaders this week, while CDP is set to either postpone or move ahead with the combination of FiberCop and Open Fiber by 30 November, according to Reuters. TIM’s staff, partners, suppliers and investors could do with some certainty, pronto!

Emerging markets might just as well prove to be the promised land for 5G success. A total of 15 countries, examined within a study commissioned by Ericsson and conducted by Analysys Mason, could reap the benefits of the next-generation technology in the shape of GDP growth of between 0.3% and 0.46% in 2035, and an estimated three-to-seven-fold cost-to-benefit ratio. Expanded mid-band 5G coverage is found to be “the key success factor” as it could bring about 80% of the economic benefits in the studied markets, which include Brazil, India, South Africa and several other countries in Latin America, the Middle East, Africa and Asia. The report has also identified that smart industry and rural clusters would account for between 85 and 90% of the total economic benefits in each market. Unsurprisingly, agriculture is highlighted in the study as “a significant sector” in all surveyed countries, representing up to 10% of GDP in some. Therefore, enhanced 5G connectivity in rural areas is expected to deliver a further GDP increase of up to 1.8% in the long term, in addition to benefits around sustainability, such as less waste, more efficiency and using sustainable farming methods. Obviously, these potential gains from 5G would come at a cost – anywhere between $3bn and £8bn per country in terms of baseline 5G deployments, plus another 20% to 35% investment for coverage extensions. Having said that, the report suggests that 5G mobile broadband “can generate consumer surplus” of between $1bn and $10bn per country, with coverage extension being able to deliver 20% to 30% of extra consumer surplus. “The social benefits enabled by 5G will be greatest from 5G-based FWA [fixed wireless access], smart factories, freight and logistics, agriculture and healthcare use cases”, according to the study, which also calls on governments and policymakers to support the ecosystem going forward. Read more.

The latest from the mixed-up reality zone that is Elon Musk’s Twitter is that Musk has hinted, in a tweet of course, that he might develop and produce his own smartphones if Twitter is barred from the Apple and Android app stores, reports Mashable.

Vodafone Germany, which is building out an extensive fibre access network to reach 7 million premises as part of a joint venture with Altice, is extending its high-speed broadband reach much further by striking a wholesale network deal with Deutsche Glasfaser. The agreement enables Vodafone Germany to use Deutsche Glasfaser’s network for an initial 10 years starting in the autumn of 2023, a move that will enable Vodafone to sell fibre broadband access services to 6 million German homes in suburban and rural areas of the country. For further details, see this announcement (in German).

Samsung, which has signed up to the Indian government’s production-linked incentive (PLI) scheme that is designed to encourage companies to manufacture products in the country using local resources, is set to invest 4bn Indian rupees (US$49m) in 4G and 5G network equipment production facilities in the Tamil Nadu region of India, according to ET Now (part of the Economic Times group). Samsung has network technology deals with both of India’s largest mobile operators, Reliance Jio and Bharti Airtel, both of which are currently investing heavily in their 5G network rollouts.