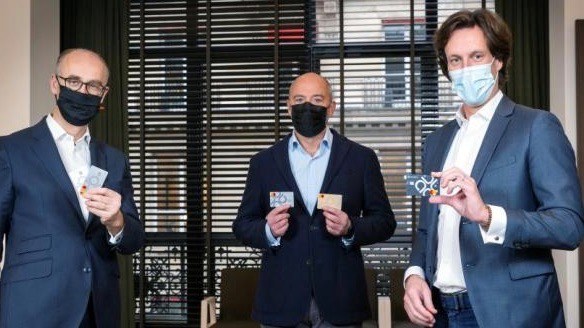 Orange is expanding its banking services portfolio and customer base with the acquisition of Anytime, a French digital banking service provider (or ‘neobank’) that focuses on small businesses and professionals, for an undisclosed sum.

Orange launched its banking service in late 2017 following the acquisition of the Groupama bank in 2016 and included the growth and expansion of such services across its whole footprint as part of its Engage 2025 strategy.

According to the Anytime website, it has more than 100,000 customers, and has been profitable since 2018, according to Orange. Anytime “has grown by offering business accounts, payment solutions and expense management tools that make life easier for small businesses… these solutions will be further developed in the future to build a comprehensive solutions platform that will help business customers manage their finances more efficiently,” stated the telco, which noted that it plans to promote Anytime’s services to the “several million professional and business customers” to whom it provides communications services in France.

Orange Bank currently boasts about 1.1 million customers (as of 30 September 2020). The vast majority of current customers are in France, while the service was also launched in Spain in late 2019 and in Ivory Coast in mid-2020.

As part of the Engage 2025 strategy, the operator plans to launch banking services in all of its European markets by 2025, with a target of having 5 million customers and be at break-even level from annual revenues of €400 million by 2023 (though such targets may be amended to take into account the impact of the Covid-19 pandemic).

The development of such non-core services will be critical to traditional telcos in the coming years as margins and revenues from communications services continue to get squeezed, as they will help with new sales and customer attraction and retention: But launching and building such services takes time and upfront investment, as the development of Orange Bank has show.

Orange is not along in such endeavours, of course: Singtel recently unveiled its plans to co-develop digital banking services, with plans for a commercial launch in early 2022. (See Singtel teams up with app provider Grab to serve the un- and under-banked.)

And in South Korea, KT Corp. has been a stakeholder in K Bank, which launched as the country’s first digital bank in 2017, but the operation has struggled and required a capital injection last year.

In Taiwan, national operator Chunghwa Telecom holds a near 42% stake in Next Bank, which has a license to launch digital banking services which are due to hit the market at any time now, subject to approval from the country’s Financial Supervisory Commission. In Malaysia, Axiata has shown interest in branching into the world of banking services.

Banking isn’t the only sector telcos are eying up to diversify: Telstra, for example, is considering the resale of renewable energy services to its consumer customers.