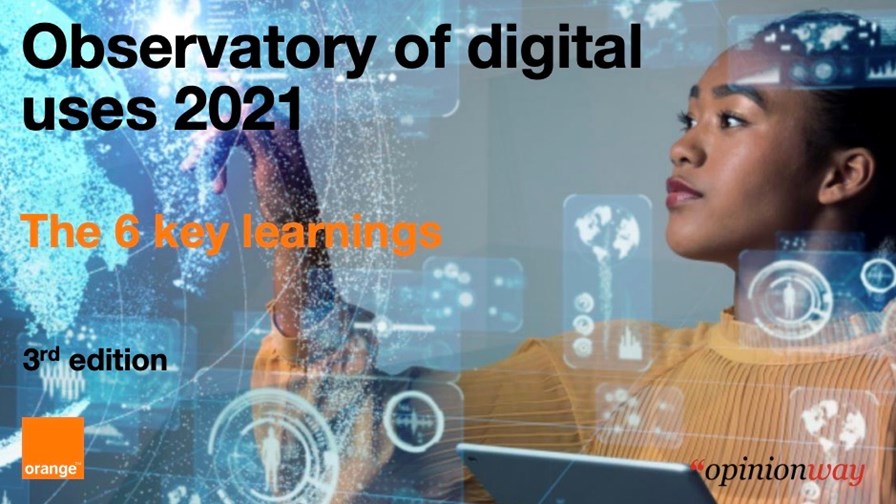 A new study has found users in multiple geographies worry about data privacy risks when using digital tools and services, a perception that puts a question mark over the ways mobile operators and the broader industry can alleviate these concerns and enhance the level of willingness for technology adoption.

The research, conducted by Orange in partnership with research company OpinionWay, covers the use of digital technology in 2021 by near 17,000 people in 12 countries across Europe and Africa, plus South Korea.

According to the research, the main benefits that can drive an increase in using digital technologies can also give rise to concerns that “can sometimes act as obstacles to using” such tools and services. The conclusions are unanimous: the biggest challenge is the fear of personal data being hacked and a general lack of trust in digital technology. Across all surveyed countries, 30% of respondents considered data protection as a major problem. It was top of the list of concerns in Europe, but also was among the main obstacles to digital usage in the regions of North Africa and Sub-Saharan Africa.

Below is a breakdown of the types of services, tools or devices which make users most concerned about when it comes to their data: 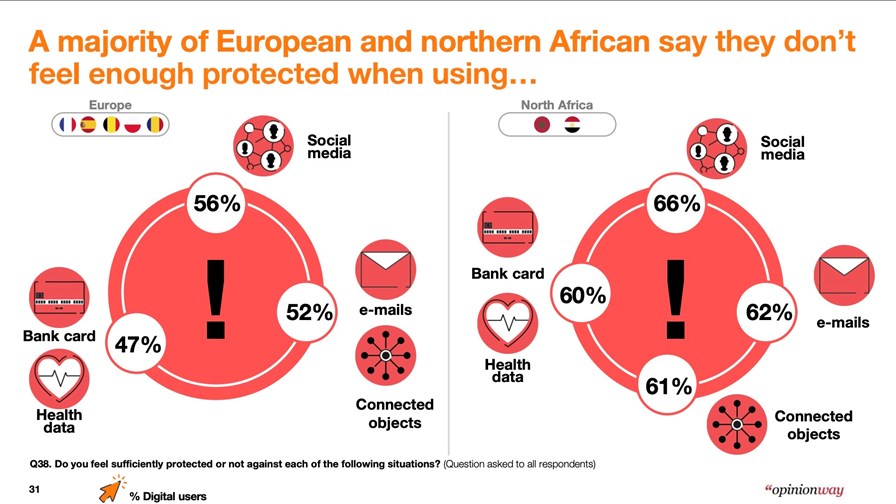 Notably, concerns or impediments to the use of digital technology varied across different regions: For instance, unreliable network quality was on par with data protection (in North Africa) and price of services (in Sub-Saharan Africa) as the top obstacle to digitalisation. Health risks were also cited in North Africa, while a risk of addiction and social withdrawal was very dominant in Europe. And in South Korea, 23% of users were wary of using digital services as they considered it wastes their time.

It's important to note that, according to the study’s findings, the more “mature” the user, in terms of digital usage, the less anxious they were to embrace and use such technologies. In Europe, for example, 67% of “low users” didn’t feel secure enough to use social media, while only 28% of the “advanced” users expressed the same concerns.

The big question for mobile operators, social media companies and all other players involved in the provision of digital services is how they can overcome these concerns and what impact this might have on service uptake and usage if these worries are not successfully addressed.

But the survey wasn’t just about user concerns: The results also showed that the majority of people (59% of all users in the markets surveyed) believe digital technology has a positive impact on the environment.

“Contrary to common preconceptions, over half of respondents, across all zones, are convinced that digital technologies can have a positive impact on the environment and lead to greater social cohesion. The more ‘mature’ users are, the stronger these beliefs tend to be in them,” commented Béatrice Mandine, Executive Director of Communications, Brand and Engagement at Orange.

However, a significant portion of the younger generation in Europe tends to express the opposite view – 36% of those aged between 15 and 24 years think the digital world has a negative impact on nature.

In addition, the survey found that 66% of respondents believe digital services contribute to society by developing solidarity, while 73% believe they contribute to the local economy.

Finally, digital also played a significant role in people’s lives in 2021 through facilitating virtual appointments with a healthcare specialist.

Orange noted that there were “numerous” services with a high potential in a smart city setting, such as making virtual cultural visits, using apps for traffic updates, and the online exchange of goods and services between private individuals.

The research results show there is plenty to do to make services more secure and to assuage the fears of users while still making their lives easier and improving customer experience: This is a story that’s going to run and run.