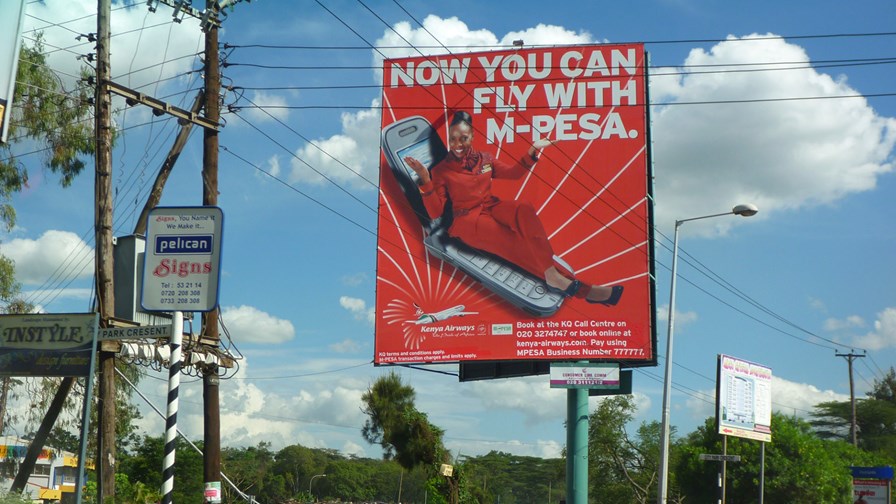 M-Pesa (the ‘M’ stands for mobile and ‘pesa’ is the Swahili word for money) is an incredibly popular and successful mobile phone-based payment service founded in 2007 by the Vodafone Group and Safaricom, the mobile network operator in Kenya. The service allows mobile phone subscribers to deposit and withdraw money from a wide network of over half a million agents.

They can also pay for goods and services, access credit and savings accounts and make and receive international money transfers. The fees charged for the service are very small and that has helped millions in the developing world to move away from a cash-based society and to be able to manage their own financial affairs for a minimal cost. It has had a remarkable effect on individuals, businesses and national and regional economies.

M-Pesa has spread and is now also available in the Democratic Republic of Congo, Egypt, Ethiopia, Ghana, Lesotho, Mozambique, South Africa and Tanzania. It was also available in Afghanistan but how long that might continue to be the case remains to be seen. By giving so many people access to official, structured and regulated banking and financial systems M-Pesa’s digital ecosystem has also greatly reduced the incidence of muggings, robberies and violent crime that were a constant feature of daily existence when almost all transactions were conducted in cash.

To give some idea of the scope of the changes M-Pesa has brought in its train, in Kenya access to financial services and products grew by around an astonishing 56 per cent between 2006-2019. This growth was driven entirely by the availability of mobile money and M-Pesa has been credited with lifting at least two per cent of Kenyan households out of extreme poverty - so far.

M-Pesa’s popularity meant it very spread quickly. There were some 17 million active users in Kenya by 2012 and in 2016 there were 7 million active users in Tanzania where the service was run by Vodacom. Now, as the South African news website eminetra.co.za has revealed, the number of active M-Pesa customers has doubled in the past five years, a feat that was achieved just a year and a half following the launch of Safaricom’s and Vodacom’s “M-Pesa Africa” joint venture. The goal of the jv is to accelerate growth of the service across Africa and if today’s figures are anything to go by, that goal is being met.

Eminetra.co.za also reveals that M-Pesa transaction volumes grew 44 per cent year-on-year between this April and June, QI of Vodacom’s current financial year. The number of M-Pesa transactions hit 4.5 billion in that quarter and total transaction value was 1 trillion rand (UK£50 billion plus). The figures are impressive but Vodacom Group CEO, Shameel Joosub, says M-Pesa is still taking “preliminary steps”. If so they are impressively big ones of the ‘seven league boots’ variety. M-Pesa has also been a financial lifeline for millions of people during the Covid-19 pandemic.

Nick Read, CEO of overall the Vodafone Group, commented, “M-Pesa has helped millions of people to access financial services for the first time and millions more to improve their lives, start businesses and gain control of their finances. We are still in the early stages of M-Pesa’s development and will continue to invest to capture this significant opportunity - building value for shareholders.”

Three months ago, M-Pesa introduced its “Super App” across all its markets. It is described as one of M-Pesa’s “key service innovations’ and comes in the form of an overarching service that enables subscribers to complete a wide variety of tasks - “from shopping to accessing government services” - without having to download different apps for each task.

Development of M-Pesa continues apace. An open API is available and being used by more than 45,000 developers and 200,000 SMEs. Meanwhile the company is further growing its ecosystem to provide enhanced services to businesses large and small (and very small indeed).

As of today, more than 500,000 businesses transact more than £5 billion worth of services and sales of goods per month on the service and M-Pesa has now has a network of partners that allows subscribers to send and receive money from more than 200 countries and territories.