Worldwide tablet shipments continue to decline in Q4 2019, according to IDC 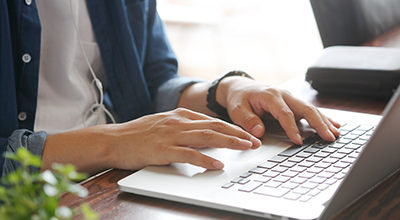 Worldwide Tablet Shipments Continue to Decline in Q4 2019, According to IDC

Apple maintained its lead in the holiday quarter, growing 22.7% year over year. The new iPad launched last quarter accounted for nearly 65% of their shipments and helped the company gain share to 36.5% compared to 29.6% last year. As the company's product portfolio is moving more towards detachables, slate tablet shipments have been at an all-time low with a 79.3% decline.

Samsung regained the second position despite another year-over-year decline in its shipments. The company shipped 7 million units in the quarter. Even with growth across its detachable portfolio, mainly from the Tab S series, the company couldn't offset the decline from its slate tablets.

Huawei shipped 4 million units in 4Q19 for a year-over-year decline of 2.8%. The decline was relatively mild compared to the overall market even though the company continues to face pressure from the United States. As a result, the majority of Huawei's sales come from Asia/Pacific, in particular China, where it still managed to record some growth. The new MatePad Pro 10.8" boosted growth but the MediaPad M series continued to account for the bulk of sales in Huawei's detachable portfolio.

Amazon.com slipped to the fourth position during the quarter with a decline of 29% year over year. Black Friday sales on Fire HD 10, Fire HD 8, and Fire 7 drove unit volume and the Kids Editions of its tablets managed to account for a substantial portion of overall sales. The retail giant, which is now ranked second in slate tablet shipments (Samsung is first), is slowly expanding to additional markets but this has not been enough to offset the decline in the United States.

Lenovo was one of two companies in the top 5 that recorded year-over-year growth in shipments. Its share slightly increased from 5.3% in 4Q18 to 5.8% in the current quarter. Their slate shipments continued to record growth in the holiday quarter. With the majority of the company's sales in the low-priced tablet segment, its best market performance continues to be in Asia/Pacific followed by Europe.