WiFi on the UK's railways: Enough to make Samuel Morse smile – and he's been pushing up the daisies for 144 years 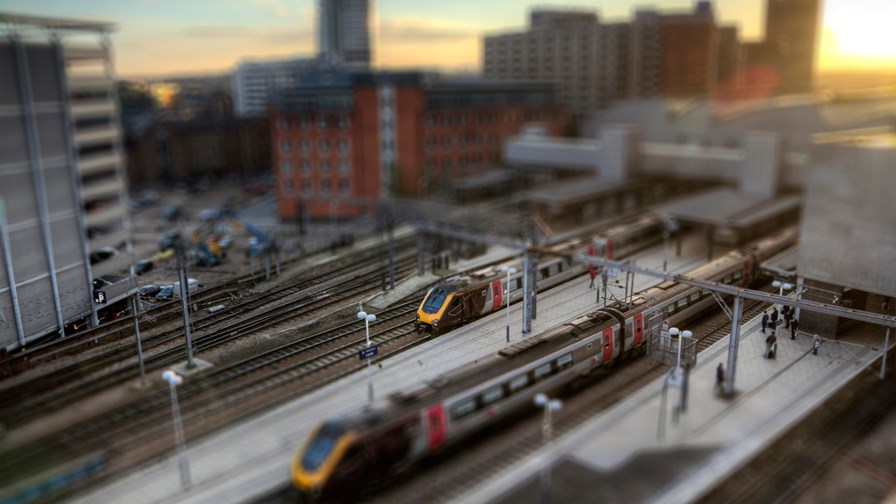 David Cameron, the UK's erstwhile Conservative Prime Minister and the man who utterly mishandled and consequently lost the vote in the referendum to determine whether or not this country would remain a member of the European Union, is yesterday's man writ large. He abrogated his responsibilities in the immediate aftermath of the referendum, ran away  and left others to clear up the mess he has made. He resigned as Prime Minister and shortly afterwards left the House of Commons. He's not even a back-bench MP any more, just a private citizen whose six years at the helm will be judged by history to have been an abject failure. He has disappeared from view, he has left no political legacy (apart from an extant regime of endless austerity) and now the few policies and projects that he did actually understand and promote are assiduously being dismantled by his successor, Theresa May.

They include various pledges about making Britain a broadband nirvana. It isn't and it won't be any time soon. Fast Internet access is available in the big cities (at an increasing price) but far too many rural parts of the country remain scandalously underserved. It is a long-term problem that is being compounded by endemic inactivity on the part of a somnolent, acquiescent pet poodle of a regulator.

And now, today, the very day of the Chancellor of the Exchequer's “Autumn Statement” when we'll hear yet more platitudes about jam tomorrow and how wonderful it is in this broadband dawn to be alive, the government has quietly reneged on one of smug Dave's promises.  Well, after all, it is a good day to bury bad news.

Getting on for two years ago, before the 2015 General Election and with much political fanfare, the UK's Department of Transport agreed to stump up from the public purse the princely sum of £50 million and give it to the UK's railway operating companies for them to spend on the deployment and provision of free WiFi on their trains for the use of the travelling public. The date of the introduction of the services was left deliberately vague but was supposed to be sometime in 2017.

Henceforth, we were told, all train operators bidding for contracts to run Britain's bizarre mosaic of railways would have to include the provision of either free or inexpensive WiFi services for passengers. The government promised that the travelling public would get "fast, cheap Internet connection across the national rail network" that would allow business passengers paying vastly inflated prices for 'premium' travel tickets to "keep up with work."

Time to reinstate the pigeon post: it'll be more reliable, faster and cheaper

That was the pledge, this is the reality. The UK's Minister of Digital Policy, Matt Hancock, has told parliament that the "fast" WiFi will actually be at a rate of one (yes, ONE) Megabit per second per passenger, which according to the congenitally optimistic Member of Parliament for West Sussex, "allows for basic web browsing, basic email and social media activity". Presumably by 'social media activity' he means that one passenger will turn to another and say, "Great heavens, old chap, the WiFi service on this train is utter crap, isn't it"? Because that's what it will be.

Businesses have been quick to tear into the Minister's complacency, informing him that his plan is a decade late and is evidence of a remarkable paucity of imagination and planning. The fact of the matter is that most trail franchisees milk the system and passengers for all they are worth. Britain's railways have never been more busy and the country has some of the most expensive ticketing on the planet. Prices rise every year (and sometime even more often) while the operating companies slowly and piecemeal add new services only when they run out of excuses not to do so.

Passengers know from bitter experience that WiFi coverage on moving trains in the UK is at best patchy and variable and is likely to drop out multiple times on any given journey. What's more the most rapacious operators charge extremely high prices for access to questionable service that comes without any SLAs which makes it impossible for passengers to get their money back after paying for services that either work only sporadically or just don't work at all.

The train operating companies are laughing all the way to the bank because the government has no plans to introduce legislation to compel them to deploy inexpensive working WiFi. It's all voluntary and the railways happily drive their mid-20th Century trains and technologies straight through optional voluntary WiFi access requirements like Thomas the Tank Engine taking a tilt at the Fat Controller's top hat.

All the Department of Transport has done is to release a brief statement saying, "We are investing record amounts in our  railways to improve journeys and expect that 90 per cent of all trains will have access to WiFi by the end of 2018 with virtually 100 per cent by 2020." You will note that there is no mention of the speed, robustness or cost of these mythical services.

But, we Brits have to be grateful. Think about it, if you are on the Hogwarts Express tearing along the tracks to the north, that sporadically available 1Mbit/s service will mean that by the time you get to the Outer Hebrides you will have downloaded a one-line email telling you that cholera has broken out and it'd be best to stay away. Best send the reply by owl, it'll be a lot quicker – and healthier.