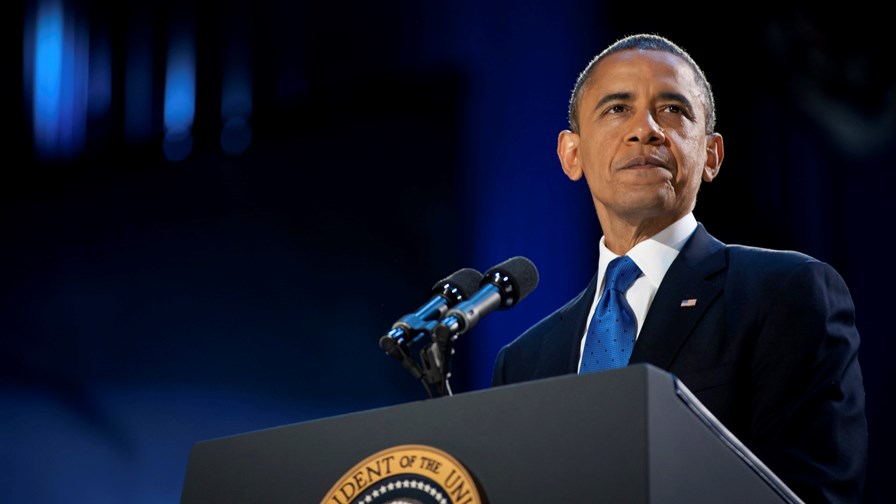 During a visit to Cedar Falls, Iowa, yesterday, President Obama stepped up his fight to ensure comprehensive and affordable broadband is made available to all Americans. He chose Cedar Falls to make his announcement as the town has its own 1Gbit/s network; one of a growing number of municipalities that are keen to use ultra-high speed broadband to stimulate their new economies and attract people to live and work in their communities.

"Today, high-speed broadband is not a luxury," said President Obama, "it's a necessity.”

The problem that Obama is trying to address is that many States impose laws that restrict or ban city authorities from building, running or owning their own networks, despite their frustrations at having inadequate or unaffordable broadband from the incumbent telcos and cable companies.

Obama wants to make it easier for cities and rural communities to offer their residents fast and affordable broadband. He wants the Federal Communications Commission to address these state laws that prevent cities from building and running their own services. The move would obviously anger the telcos and cable companies, who spend vast sums on lobbying and supporting the campaigns of elected officials, but he showed no signs of backing off when he announced his net neutrality objectives late last year, to the vocal anger of AT&T CEO Randall Stephenson.

The President’s announcement coincided with the release of a new report on “Community-Based Broadband Solutions” from his Executive Office. The general statistics are well known – despite pockets of excellent service, much of the US is subject to below-average broadband and lack of competition is keeping prices high. Please download the free report if you want to delve into the details.

The report confirms that there are barriers to community-owned broadband in 19 States around the country. The Obama Administration believes that consumers should have the option to access broadband services through local government and locally-owned utilities, and that state and local policy should support a level playing field for these community-based solutions.

"I believe that a community has the right to make its own choice and to provide its own broadband if it wants to,” said Obama. “And if there are state laws in place that prohibit or restrict these community-based efforts, all of us, including the FCC, which is responsible for regulating this area, should do everything we can to push back on those old laws.” 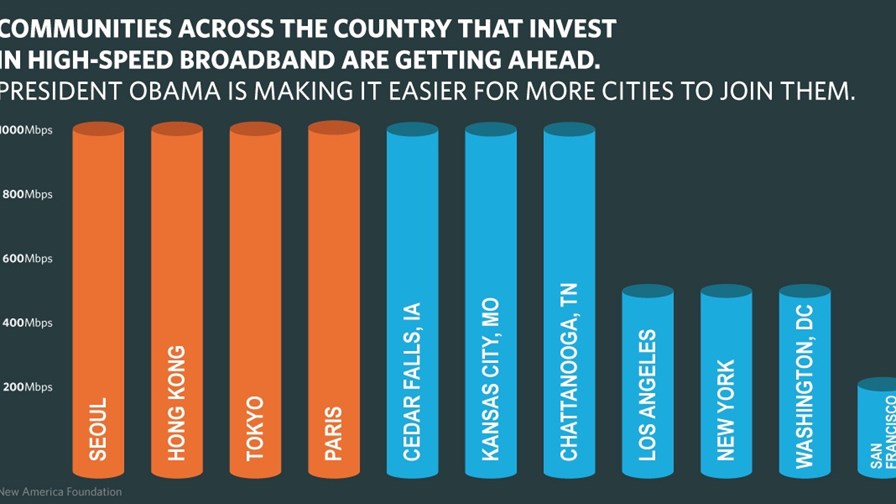 The President is calling for the Federal Government to remove all unnecessary regulatory and policy barriers to broadband build-out and competition, and is establishing a new Broadband Opportunity Council of over a dozen government agencies with the goal of speeding up broadband deployment and promoting adoption. The Council will also solicit public comment on unnecessary regulatory barriers. In addition, The US Department of Commerce is launching a new initiative, BroadbandUSA, to promote broadband deployment and adoption. It promises to offer online and in-person technical assistance to communities and host regional workshops.

The backlash has already begun. The Broadband for America group of ISPs said that: “unprecedented government interference would stifle private investment, hinder innovation and undermine the growth of the Internet."

Michael Powell, head of the National Cable and Telecommunications Association, warned that: “While government-run networks may be appropriate in rare cases, many such enterprises have ended up in failure, saddling taxpayers with significant long-term financial liabilities and diverting scarce resources from other pressing local needs.”

The President added that said better access to faster Internet would make the US more competitive globally, adding that otherwise: "there are real-world consequences to this, and it makes us less economically competitive.”