It's broadband, but not as we know it, Jim. Beam me up 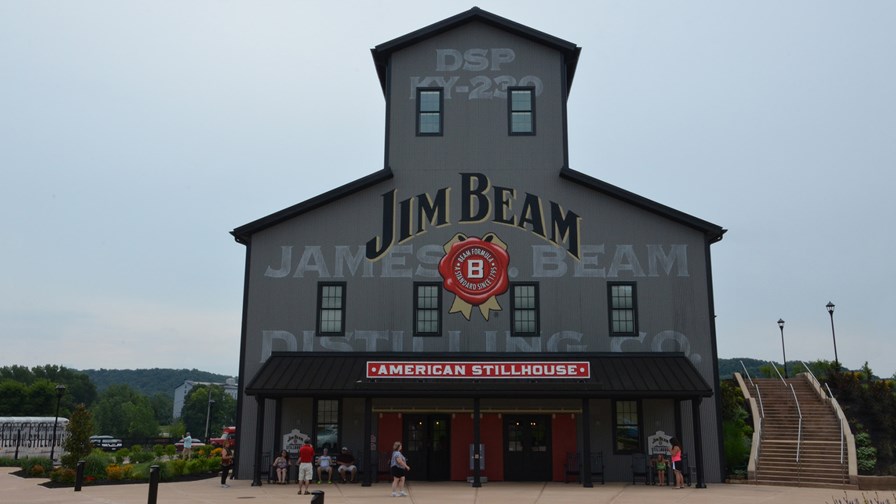 You know things have come to a pretty pass on the US broadband front when a Bourbon whiskey maker, of all things, is moved to write to the Federal Communications Commission (FCC) to demand action and regulation to ensure that broadband deployment in America is accelerated, that fast Internet access becomes ubiquitous, that proper and meaningful competition is guaranteed and that the price of connectivity is set within reasonable bounds.

In the letter, Jim Beam (for it is he) writes, "In our 200 years in operation, Jim Beam has learned a thing or two about the three 'B's: Bourbon, Brands and Business" and now it's adding a fourth "B". "B " for Broadband.

The company says that broadband access and services are vital to its operations from headquarters offices all the way through to distilleries, restaurants, bars and the logistics of getting the booze out in the right quantities, to the right places, at the right times.

Jim Beam's point is that because of its geographically widely-dispersed operations (corporate headquarters are in Illinois and the distilleries are in Kentucky) it must, perforce use some small ISPs in some locations and there is evidence that these comparative small fry are in danger of being forced out of the pool by some bigger fish who don't like competition but do enjoy biting-off a rival's head.

The Jim Beam letter continues, "Broadband plays a role in supplying ingredients for production, orders, stocking, and shipping. At our headquarters we have staffing, hiring, accounting and financial management needs. But we also rely on heavy bandwidth to review large art and video concept files, which form the core of our advertising campaigns. We also require seamless voice and video conferencing services to coordinate with our co-workers and partners in France and Japan."

The letter adds, "The competitive networks that help power Jim Beam are carefully selected and curated to fit our needs. The technology transition, moving networks from traditional TDM based platforms to advanced IP and fibre connections will be of benefit to our business and our community if equivalent access for competition is maintained."

The invisible subtext here is that giant ISPs and carriers (and much of the US is in thrall to the domination of the AT&T/Verizon duopoly) are benefitting, and benefitting disproportionately as the US transitions from fixed-line copper to fibre-optic and wireless networks. The big boys with the money and lobbying clout are getting bigger while smaller carriers with less cash and less influence are in considerable, (some would say great) danger of being squeezed out of the market, taking any meaningful competition with them.

It is not known whether or not Tom Wheeler, the chairman of the FCC is an aficionado of Kentucky Bourbon but he is on record saying that a de facto duopoly-cum-monopoly is bad for America.

By the way, back in the 18th century the whiskey was called Old Jake Beam. It only became the "Jim" we know now as recently as 1933. The distillery was called "Old Tub" and it's good to hear Jim thumping it for the broadband cause today. Cheers and here's mud in their eye. And have a happy Independence Day holiday.