LAA standardization: coexistence is the key 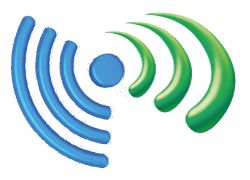 Given that the topic of LAA is generating a lot of interest, our RAN Chairman has provided the following update on the development of the standard, with a particular focus on the work on coexistence in unlicensed spectrum.

More than a year ago 3GPP decided to embark in the specification of Licensed-Assisted Access (LAA) to provide operators and consumers with an additional mechanism to utilize unlicensed spectrum for improved user experience, while coexisting with other Wi-Fi and other technologies in the 5GHz unlicensed band.

Prior to any specification work on LAA, 3GPP conducted studies to look at the feasibility of LTE operating in unlicensed bands. A central focus of the studies was fair sharing and coexistence with Wi-Fi where the criterion used to ensure coexistence was that an LAA network does not impact existing Wi-Fi neighbors any more than another Wi-Fi network.

The study had wide participation by LTE manufacturers, Wi-Fi manufacturers, Cellular and Cable operators. Hundreds of papers and simulation results have been submitted from many different companies, including many Wi-Fi stakeholders, and have been thoroughly discussed in RAN1 to enable LAA to coexist, cause no harm, and share the unlicensed spectrum fairly with Wi-Fi. Feedback and active engagement with IEEE, Wi-Fi Alliance, Wi-Fi manufacturers and stakeholders have contributed significantly to the study and have been a good example of cooperation between 3GPP and the Wi-Fi community.

Different proposals on the best coexistence mechanism have been meticulously discussed in RAN1 and captured in the technical report TR 36.889. Listen before Talk (LBT), which is a feature available in Wi-Fi that allows coexistence with other Wi-Fi nodes, has been studied extensively. There were multiple LBT schemes evaluated and based on the evaluation results and based on consensus between all involved stakeholders, 3GPP chose to specify a conservative LBT scheme that is similar to what Wi-Fi nodes use in order to ensure coexistence of LAA with Wi-Fi.

RAN4 has been working on the conformance and compliance tests for LAA and test specifications were approved for Release 13. In addition, 3GPP RAN has now tasked RAN4 to develop additional tests defining Multi-Node testing guidelines which are due to be finalised in December 2016. The multi-node testing will provide additional verification of coexistence at a system level.

The tests will be conducted between two wireless systems, e.g. between LAA systems or between LAA and Wi-Fi systems, sharing the same unlicensed spectrum while their system performance is measured. The tests will examine the LBT functionality and corresponding parameters, such as Energy detection threshold, Energy detection “accuracy”, Maximum channel occupancy time, etc. in order for LAA to operate efficiently in coexistence with Wi-Fi.

WG RAN4 document on the “Way forward on coexistence tests for LAA”: RP-160742