Gee, Donald, is this really 5G? 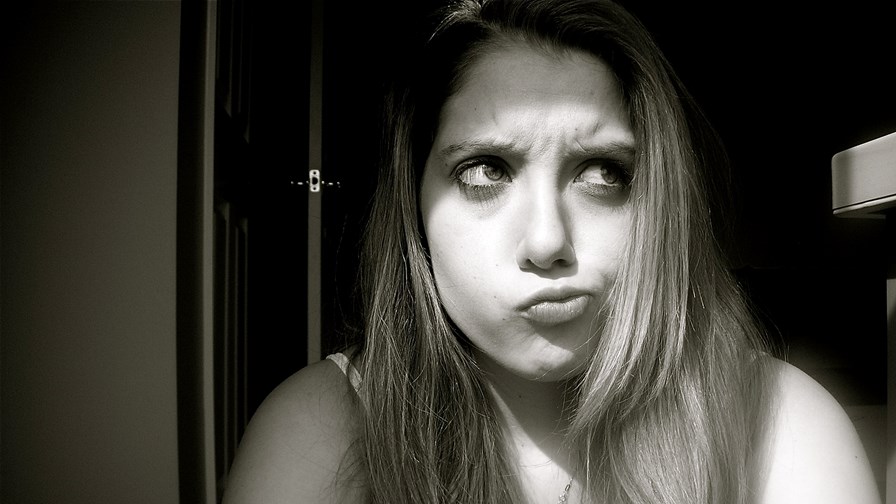 The US telco marketing machine pushed so-called 5G services to such an extent that consumers no longer have a clear view of what 5G is and, worse still, many 4G users erroneously believe they are already using it. While that might seem like no big deal in the early days of the technology, it could seriously hit telcos in the wallet; if customers don't understand 5G, they're unlikely to pay more to get it...particularly if they think they already have it!

One in five US smartphone owners surveyed by Strategy Analytics recently said they already had a 5G service.

"Even among Apple fans, 27% believe their flagship device is already 5G despite the fact that Apple does not yet have such a device," said David Kerr, Senior Vice President at the analyst firm.

Many level-headed industry watchers saw this coming, not only cautioning against excessive hype and fake news, to borrow an expression, but also warning that operators' attempts to appear ahead of the curve would come back to bite them.

AT&T is the main culprit here, having added the 5GE logo to the status bar on smartphones late last year to indicate to customers that they are using its 5G Evolution service...which could equally be called LTE Advanced Pro, i.e. 4G, or even 4.somethingG, if you prefer. The telco defended itself against the inevitable deluge of criticism with wordy explanations about how it is building the foundations of 5G, how the next generation of mobile technology is evolving from 4G, how it is seeking to educate customers about 5G, but the fact remains that 5GE is at best confusing to consumers and at worst a deliberate attempt to pull the wool over their eyes.

Yet still it persists. And given that AT&T has something in the region of 100 million customers, there's little wonder that confusion reins.

But AT&T is not the only one. And, as TelecomTV pointed out earlier this year, some of its harshest critics – its mobile operator rivals – have also been guilty of obfuscating the 5G issue.

As the undisputed 'one of the first' in the world to launch 5G, Verizon should be above reproach, but it too has played fast and loose with 5G terminology. Verizon launched its standards-based 5G Ultra Wideband Network in April and was forced to dub it as such because it had already trumpeted its 5G launch back in 2018...referring then to a home broadband service based on proprietary 5G technology. The best part of five months on and it is still using the same terminology; it launched 5G Ultra Wideband in its 10th city, Phoenix, a week ago. Not really consumer-friendly language, is it?

Meanwhile, Verizon is anxious to differentiate itself from another major rival. "Not all 5G is created equal," Verizon's consumer CEO Ronan Dunne said earlier this month, referring to the telco's spectrum assets and, by extension, the fact that T-Mobile US is looking at broad 5G coverage with its 600 MHz spectrum, but will still need the higher bands for speed.

As is the 5G Internet service currently being touted by US wireless broadband Starry, which delivers a home broadband product using millimetre wave spectrum. Starry acquired 104 24-GHz licences at the recently-concluded auction 102 to add to its existing frequency holdings, extending its footprint to more than 40 million households, or a quarter of the homes in the US. But while the firm describes itself as a 5G provider, its service is based on WiFi technology.

There's nothing inherently wrong with any of the products and services mentioned above or the similar variants also on the market. Of course not. But service providers, be they mobile operators, WISPs or whatever, need to take care that they don't shoot themselves in the foot by insisting on using the 5G moniker for anything and everything because there's a lot of money at stake.

US smartphone users are interested in 5G; a quarter of respondents to the Strategy Analytics survey listed 5G as an important feature, and only 20% said they didn't need the technology or would wait until it was proven. But the analyst firm noted that the price of 5G devices is the biggest barrier to adoption for 70% of smartphone owners.

Indeed, while three-quarters said they expect the price of smartphones to increase with 5G, as many as one in three predicted price rises of just 10%; "an element of sticker shock is likely," warned Kerr. This year 5G phones are coming in at around the $1,000 mark and as it stands only 7% of buyers currently spend that much, he explained.

We could see prices come down by a couple of hundred dollars next year as 5G heads towards mass-market, but that remains a fairly high-end purchase for many. With a baffling array of "5G" services to choose from, consumers could well be reticent to part with their cash...particularly if they already have a perfectly functional smartphone with a 5GE logo in the corner.