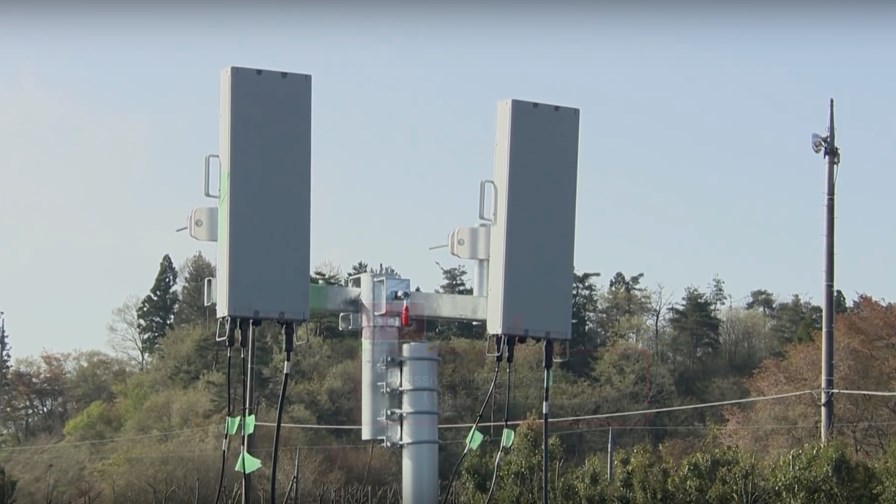 In what is certain to be a very long list of “5G firsts” over the remainder of this decade, it looks like Japan has claimed the prize for “first successful 28GHz wireless data transmission between a 5G base station and a 5G mobile station in field trials using a car moving at 305km/h”. One can only hope that next week we won’t hear of a similar “first” at 306km/h.

Strip away the somewhat superfluous and confusing detail and there’s a good story here. NTT Docomo, in partnership with NEC and NTT, has successful conducted several milestone tests of mmWave 5G in a high-speed scenario; which is one of the key use case metrics required of 5G and the IMT-2020 specification. The trials were done with fast racing cars, but the objective was to simulate high-speed trains. They were conducted at the Japan Automobile Research Institute (JARI) last month in an ultra-high-mobility test environment using a car traveling at speeds similar to those of high-speed railways.

We’ve discussed the challenges of mmWave at length here on TelecomTV. Basically, mmWave offers very high speed communications suitable for dense areas (such as a train full of tablet-wielding, 4K-loving passengers), but the penalty is more difficult propagation characteristics due to the short wavelengths.

Long-range transmission is difficult due to the large propagation loss. To overcome these challenges, Docomo and its partners equipped the 5G test base station and mobile station with both beamforming technology (to concentrated radio power in a specific direction) and beam tracking (to switch the direction of the beams to follow the mobile test device as it moved at high speed).

Massive-MIMO antennas used in the trial had 96 elements for the base station and 64 elements for the mobile station. Communication was achieved over the 28GHz band using 700MHz of spectrum. The following video is worth watching, although all captions are in Japanese. Interesting views of the 5G test equipment inside the Nissan GTR.

Looking at the details again in reverse order, it would appear that inter-base station handover (essential in cellular architectures) in the test scenario was achieved at up to 290km/h. Travelling slightly faster at 293km/h, and the trial only managed to achieve communications with one base station but at a downlink data rate of 1.1Gbit/s – that’s not to denigrate the results by any means; this is still seriously good and encouraging performance. That communication link held when the vehicle increased its speed slightly higher to 305km/h but it would appear that the data rate dropped to an unspecified number.

Apparently, the maximum commercial speed of the Tōhoku Shinkansen bullet trains in Japan is 320km/h (or 200mph), although they tend to operate between 250 and 320km/h – hence the importance of Docomo’s mmWave trials.

It should be noted, however, that there trials are purely for mmWave operation. The ITU has called for support for 500km/h in high-speed mobility use cases (i.e. trains) as a minimum requirement for 5G, but that will be met by lower frequency 5G radio networks. Indeed, LTE can already pretty much support trains travelling at up to 350km/h. But the ability to reach almost that figure today with 28GHz is quite an achievement, even in limited test environments. We are still many years away from such mmWave use cases seeing widescale commercial service.

As an aside, and to put this in context, the ITU IMT-2020 requirements define four classes of mobility: stationary, pedestrian (up to 10km/h), vehicular (between 10km/h and 120km/h), and high speed vehicular (up to 500km/h).