4G fail means TETRA emergency system will soldier on regardless 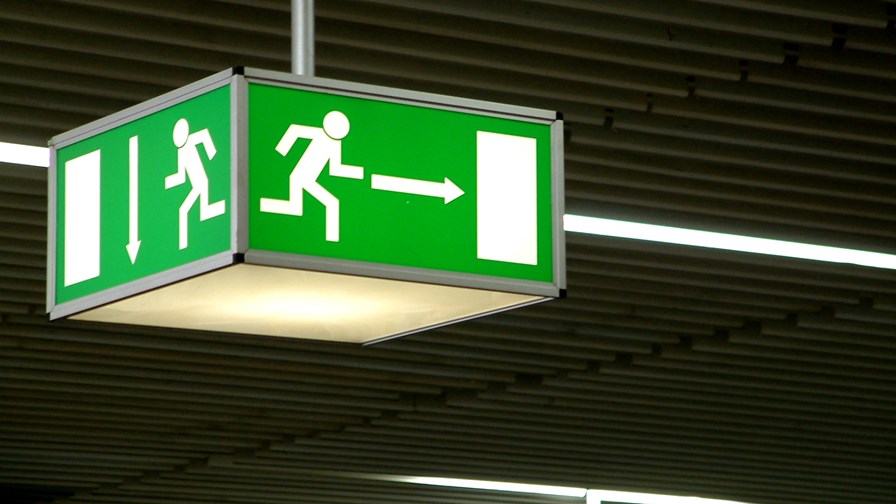 The UK's emergency services comms system TETRA is to have it's operational lifetime extended. Originally scheduled for switch-off this year that timetable was later put back to at the end of 2019 and now TETRA will now carry on regardless for at least another five years. Austerity, government cut-backs, reduced budgets and the slow arrival of ubiquitous 4G are to blame.

The TETRA (Terrestrial Trunked Radio) system designed specifically for the UK's emergency services (including the country's police, fire brigades and ambulance fleets) as well as the military, the railways and other transport services and for public safety networks.

TETRA, which is based on digital trunking and comes with built-in encryption to ensure the privacy and security of data/voice communications transmitted by the various organisations that use the system, provides information transfer at far higher rates than had been available on earlier emergency services mobile networks. It was desperately needed but its eventual introduction was not without controversy and various problems ensued - not the least of which was the interference the system could cause to television signals.

TETRA had a long gestation period. In it's earliest form, back in 1989, it was called the Mobile Digital Trunked Radio System (or a snappy 'MDTRS' for short). Within a year that was changed to the Trans-European Trunked Radio system (the first iteration of TETRA) and then, in the mid 90's, when it became apparent that the technology might have application outside of Europe, it transmogrified again into the Terrestrial Trunked Radio we know today.

The first fully-functional TETRA networks went live in July 1997 and now there are hundreds in use around the globe. The TETRA system is popular because the technology provides both group and broadcast calls, emergency calls, fast call set-up and access, dispatch operation, encryption, integrated telephony and a scalable infrastructure.

However, TETRA is getting a bit long in the tooth now and over the past few years there has been a lot of talk about replacing it was a tweaked version of so-called 4G technology. In the UK, TETRA had originally been scheduled for a phased switch-off starting in April this year. That was later put back to December 2019 which turns out to be another hopeful but unachievable date. Te current government's austerity and financial cut-backs programme (which has been in place now for six long years) and the knock-on effect it has had on business budgets, combined with the fact that ubiquitous 4G coverage in Britain will not be available until late 2020 at the earliest means that TETRA is going to have its life extended, possibly by as long as three to five years.

Plan B becomes Plan A

Overall, it cost some £3 billion to introduce TETRA which was supplied by Airwave Solutions Ltd. Although, until very recently it was always described as a 'British' company, Airwave has a convoluted back-story and various antecedents.

Originally established in 2000 by Telefónica UK Limited, in 2007 Airwave was bought by two Macquarie Group investment funds, (Macquarie European Infrastructure Fund II and Macquarie CPPIB Communications Pty Limited), for £1.9 billion. Then, in early 2015 it was was acquired by Motorola Solutions for £817 million and the deal was finally completed in February this year.

Gordon Shipley, the director of the UK government's Emergency Services Mobile Communications Programme assured the emergency services and the country that there is a Plan B - and it is so good that it has been promoted to Plan A.

He said: "If we are not ready and the users are not ready to start transition [to a partial or non-existent 4G network], then we will have to stay on Airwave – and we will stay on Airwave. The UK can stay on Airwave for as long as it takes to come off it; we have a plan and a fallback. We know what the cost of a national extension would be on a monthly basis or a yearly basis." However, he failed to say what that cost would actually be.

One thing is for sure, it will be greatly to the benefit of Motorola, the new owner of Airwave. Fresh contracts will have to be negotiated to permit TETRA to continue into the 2020's and Motorola is sure to up the ante and increase existing charges. After all, only it can service the base stations and other vital parts of the TETRA network and it will have the government over a barrel.

What's more, the continuing operational use of the TETRA system will put Motorola in pole position when it comes to '4G' and the new British 'Emergency Services Network (ESN). It now seems more and more likely that it will be a gradual and phased introduction of LTE to endure that the migration to the new technology (which is being supplied in part by EE) is managed smoothly.